I really don’t want to be writing this. Like the Toronto Star’s Ed Keenan, I’m tired of it, of the Scarborough subway debate. Just as likely, you’re sick of it too. 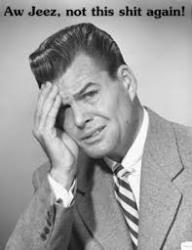 There’s gathered a great storm of ennui, a wave of yawn. Just Get On With It has now become the default position. Build Something!

In Keenan’s article today he points to a recent Forum Research poll that shows, given the full options of what Scarborough would get if we spent $3+ billion on transit there, 61% of Torontonians would pick the Scarborough LRT extension of the Bloor-Danforth subway line. A healthy majority of those living in Scarborough too favoured the LRT option given to them.

Just yesterday, as I was railing about the $75-85 million the city is in the midst of handing over to the province via Metrolinx for the work already underway on the Scarborough LRT that council cancelled, I cited a Leger poll from back in February 2014 that showed similar numbers. 61% of respondents preferred the Scarborough LRT option over the subway. 56% of those living in Scarborough leaned that way also.

So why the fuck are we here, spending billions of dollars building something the majority of Torontonians don’t want?

Not to diminish his role in the mess but let me say this. At the very least, Rob Ford and to a lesser extent, his brother Doug, truly believed that subways were the way to go. As committed car drivers, public transit was something of a puzzle to them. They hated streetcars that blocked up the middle of the roads. Buses they tolerated because they were easier to get around. But underground transit? Out of sight, out mind, out of the way.

Because the folks voted for him, giving him a mandate, they too wanted subways. Subways, subways, subways! Like the classic bullshitter that he is, Rob Ford (and again, to a lesser extent his brother) actually believed the bullshit he spouted. He didn’t need no stinkin’ polls to tell him what he knew in his heart, heard every day from the folks he met in line at Tim Horton’s.

This is not to excuse him. He served as the bullhorn for the subway cause. The self-appointed guardian of the taxpayers’ nickels and dimes stubbornly contributed to throwing away of billions of dollars of their money to further a cause he willfully knew nothing about. 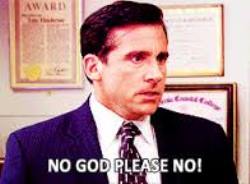 The larger question though is, how, with these numbers, 4+ years after the debate started, 4+ years after the People Want Subways campaign slogan metastasized into a corrupted conventional wisdom, we’re determined to plunge ahead into this madness? The villainous list is long. Rob Ford becomes little more than the inciting incident in this story, a preening, comic foil Malvolio.

The true monsters in this sorry-assed tale sit up at Queen’s Park. First in the form of the skittish Dalton McGuinty Liberal government, seemingly dead in the polls and facing an election in 2011. In the face of the first (and only true surge) of Ford Nation, they quickly buckled when the newly elected mayor unilaterally declared Transit City dead. Hey. If you say so. Whatever. They would survive the initial assault, holding on to power but reduced to a minority government.

But imagine if instead they had stood their ground, stood up in the face of what was little more than a noise-making machine. Was subway support really ever as strong as the mayor and other Scarborough politicians came to claim it was? Certainly Councillor Glenn De Baeremaeker didn’t think so in 2012 when city council wrestled the transit file from the mayor and re-instated Transit City.

What the hell happened?

Well, here’s where the story gets nothing short of clusterfuckery.

New leader of the provincial Liberals, new premier, new beginning, we’re told. They start to get their sea legs, win a by-election or two including one in Scarborough-Guildwood with Mitzie “The Subway Champion” Hunter. A by-election where, curiously, her NDP opponent, former TTC chair Adam Giambrone, an early Transit City advocate, docilely nods in a similar subway support direction.

Egged on by Scarborough MPPs, city council lurches once more, agreeing to scrap the Scarborough LRT in favour of a subway. A subway the city will now have to contribute to building and maintaining. Scarborough deserves nothing less than a subway, we are told.

Except, still, with the options laid out for them, residents would opt for the LRT.

Despite that, here we are. The Liberals are back as a majority government. They now have both the city and federal government pitching in to build a Scarborough subway. They have a new mayor who, despite his claim to prudent fiscal management, campaigned on a pledge not to reopen the subway debate and is perfectly content to just piss away 10s of millions of dollars in order for that not to happen. In addition to which, his signature transit plan, SmartTrack, is offering even more city money to help the provincial government build their regional transit system.

And all the Scarborough pro-subway city councillors who ran for re-election last year are back. (Interestingly, so is the one very vocal pro-LRT Scarborough councillor, Paul Ainslie, easily re-elected.)

The debate is over. The people have spoken. They want subways.

Except, apparently, they don’t. Or more precisely, if given an option, they’d take LRTs. It’s the politicians who want subways.

If there’s a more salient example of why we’ve become so cynical and disengaged, I can’t immediately think of one. It’s little wonder we’re bored of this debate. Our elected representatives aren’t listening to us. What’s the use of continued talking?

8 Responses to Subway Ground Down