I detest hypotheticals. (Also, I defy you to say that out loud and not almost say ‘testicles’.) But indulge me this, and hypothetical away with me for a moment.

Imagine, if you will, a campaign stop during last year’s municipal election. Candidate Olivia Chow is asked how she’s going to pay for some expensive promise she’s just made, what she’s going to cut or how much she’s going to increase taxes in order to balance the city’s operating budget. Ms. Chow responds, Easy. Imma take a line of credit out from the province, use it to plug the gap. Won’t that just cost us more, an incredulous media asks? With interest charges and all that? Putting off dealing with the shortfall for later? Not to worry, the candidate shrugs.

What’s a couple of dollars for people in the long run?

Imagine, if you will, her opponent, John Tory, his team’s response to that. Just imagine. The shrieks of outraged joy. TAX-AND-SPENDER!! PROFLIGATE NDP CANDIDATE!!

Just like we heard back last year when Chow proposed increasing buses and bus service. How much will that cost, Olivia? Where you going to get the money, Olivia? If only she had come up with the bright idea of borrowing money from Queen’s Park. Like Mayor John Tory is now to help paper over his increases in spending on things like – I know, right? – increased bus service.

The depths of hypocrisy to which his administration has dug itself into in just 60 days in office is spectacularly audacious. I can’t come close to summoning up the appropriate broadside Christopher Byrd did a couple days ago at the Torontoist. It boils the blood.

John Tory was supposed to be a sober fiscal steward. The municipal budget represented his first real opportunity to make a tough decision, take a tough fiscal stand. He could have decided that City services aren’t worth paying money for; we might sharply disagree with that, but cutting services is at least an honest choice. He could have decided that we all need to pony up for the services we want the City to have. Both of these options would have been unpopular with part of the electorate, but they would have been fiscally responsible.

But Tory didn’t do either of those things; instead, he’s creating additional debt that the City simply did not need to take on—and doing so only to avoid making a difficult call. It’s a cowardly, weak decision, and bodes poorly for his mayoralty.

Yesterday, Matt Elliott laid out 6 ways the mayor could balance the operating budget without resorting to a provincial interest bearing bail out line of credit. 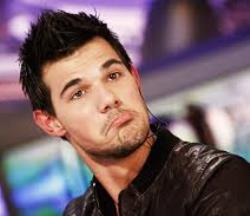 While time travelling would be lots of fun (and so many problems we could fix without, hopefully, changing the future), I’d say a combination of 1) raising property taxes a little more than the rate of inflation, with a smidge of 2) using some of the 2014 operating surplus might get us over the hump for this year at least. It also might contribute indirectly to 4) convincing the provincial government to reverse the funding cut. Maybe not this time around but in future negotiations. Show the province we’re willing to reasonably tap our revenue sources. In return, maybe they might start looking seriously at other ways they’re putting undue financial pressure on the city. Their half of the TTC operating budget perhaps?

Instead, Mayor Tory took the easy (for now) way out. He goes to the province, cap in hand, and comes back not with chump change, but with an even bigger debt load the city now has to bear. Prudent. I do not think that word means what our mayor thinks it means.

As terrible a mayor as Rob Ford was, even he didn’t try to take out a loan to balance our operating budget. 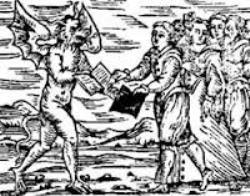 He got up to a lot of tricks, made certifiably outrageous claims, called things by different names to make it seem as if they weren’t what they were, like ‘service adjustments’ instead of ‘service cuts’. But he never took out a loan.

He couldn’t even if he’d thought of it. Can you imagine, with the toxic relationship he had with the provincial government, Rob Ford broaching them for a line of credit to balance the city’s operating budget? They’d laughed in his face. They wouldn’t even have to make up an excuse why not because, as was pointed out this week, the province’s very own law makes it illegal for municipalities to borrow money to balance their operating budgets. Municipal Act, Section 17, subsection C, I believe it is.

Unless… I’m now guessing… you borrow that money from the province?

No, cities can’t go to a financial institution for a loan in order to fund their ongoing expenses. Neither can cities sell of any assets to do that. This restriction does not apply, it seems, if the province is doing the lending or fire sale purchasing.

Leading me to wonder if the Liberal government has come up with a novel approach to assist them in their own current fiscal struggles. Bankrolling municipalities. It’s an effective if ethically dubious strategy. Keep us financially dependent and then cash in loaning us money when we find ourselves strapped. Deliciously IMF-ish.

This presents nothing but upside for the province. The question is, what’s in the deal for cities? Why would Mayor Tory want Toronto more beholden to the province, the senior partner in this relationship, already pulling so many of our governance and fiscal strings?

The mayor’s in over his head. While it’s great political rhetoric to demand government operates like a business, the reality is much more complicated. 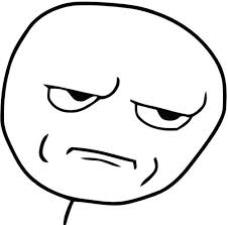 “Shareholder value” means entirely different things in the two realms. Even balancing public sector books is counterintuitive to self-proclaimed businessmen like our mayor. If Rogers needs more revenue, it just bumps up the price of delivering in their services. The city? More revenue requires tax increases. But tax increases are bad. Square peg meets round hole.

Another possibility is that Mayor Tory is as ideologically hell bent on downsizing the city as his predecessor was. Shrink it into shape and size. Speak of efficiencies and doing more with less. Don’t say as much but all your actions suggest you believe the city has a spending not a revenue problem. Taking on more debt is as good a way to apply downward pressures as any.

The third option might be even more unsettling. Given the mayor’s insistence on deeply entangling the city’s transit plans with the province’s using SmartTrack (Steve Munro provides some examples of that in his interview with Matt Galloway this morning), maybe there’s an even wider convergence, let’s call it, at work here. Further reduce what little independence the city of Toronto currently has in an attempt to wrestle Toronto into a more manageable package as part of an integrated regional form of governance.

Rather than use the enhanced powers the province granted Toronto back in 2006 to sort out some fiscal sustainability, Mayor Tory chooses to further indebt us to Queen’s Park. Beggars can’t be choosers. Fall into line or we’ll tighten the purse strings.

That one may be too, I don’t know, House of Cards. Sometimes the best explanation is the simplest one which, in this case, would be the mayor’s flying by the seat of his pants, making it up as he goes along. Whatever the reason, it doesn’t bode well for Toronto.

This entry was posted on Thursday, January 29th, 2015 at 11:00 am and is filed under Budget, CBC, City Building, City Council, Municipal Politics, Newspapers, Press coverage, Provincial Politics, The Toronto Sun. You can follow any responses to this entry through the RSS 2.0 feed. You can leave a response, or trackback from your own site.