We Knew. We All Knew.

Anyone following along with the “Great” Scarborough transit debate of Two-Ought-One-Ought to Two-Ought-One-Three couldn’t help but know that once city council reversed course once again and decided on the 3-stop subway plan over the 7-stop LRT, we would be on the hook for some money. Lots of it. Lots and lots of money.

So when news broke late last week that an amount had pretty much been settled on, an amount not far off of what had been bandied around during the aforementioned debate, somewhere likely in the $75-85 million range, it shouldn’t have caught anyone by surprise. 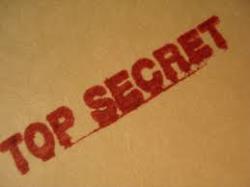 That we found out in the manner we found out, from the city manager, as done and done, it’s already accounted for and in the capital budget, whoah, wait, what?! “Yes, it’s in the capital plan,” Joe Pennachetti stated, perhaps a little too imperiously. “No, you’d not be able to see it.”

I think it’s fair to call that something of a surprise. Councillor Kristyn Wong-Tam said it was news to her, literally. She heard about it the first time everybody else did, in Jennifer Pagliaro’s Toronto Star article. “I think the public should be very concerned about the dearth of accountability and transparency,” Councillor Josh Matlow, perhaps one of the Scarborough subway’s most vociferous critics, said. According to him, city council was never fully briefed on the final costs of deciding to ditch the LRT.

Yet, there it is, now in the city’s capital budget plan, with none of our elected officials (as far as we know) sure of the exact amount.

It is a fitting, highly appropriate twist to this sad, sordid tale of malefic governance and shameful political self-preservation. Appropriate too that two of the most shameless proponents of the Scarborough subway, councillors Rob Ford and Glenn De Baeremaeker have gone silent on the issue, not a peep so far from either of them. This despite the fact Councillor Ford’s opinion has been sought out on almost every other matter going on at City Hall.

The fact of the matter is, actual support for the Scarborough subway has never been as deep or clamorous as the noise its supporters on council have made it out to be. Polls that set out the LRT and subway plans for respondents to see regularly came back showing a preference for the LRT. “If you get past all of that rhetoric and you get down to how much is it going to cost,” Dave Scholz of Leger Research said, “who’s going to pay for it and who’s going to be serviced by it, then people have a very realistic view of what they want.”

Last February, just as the municipal campaign was kicking into gear, Leger showed that 61% of those asked, including a majority in Scarborough, favoured the LRT extension of the Bloor-Danforth subway.

Subway supporter and TTC Chair, Josh Colle isn’t prepared to just simply take those numbers at face value. He wants some full accounting. “Absent of any construction happening, where is this supposed money?” he wondered.

A fair enough question from the councillor, and maybe one he should’ve asked before he voted in favour of the subway back in 2013.

“I can show you my notes from City Council Oct 8/9 2013,” Councillor Paul Ainslie, the only Scarborough councillor who voted against the subway, tweeted last week in response to the Toronto Star story. “I wrote answers to my public questions [of city staff]…I wrote “sunk costs est. $85M” I did not make this number up. So I was not surprised by TO Star.”

The numbers were out there. Councillors who ended up voting for the subway did not make their support contingent on a full breakdown of the costs the city should be expected to pay for that decision. They collectively shrugged and pressed the ‘yes’ button. Their sudden demand for fiscal probity rings a little hollow now.

Councillor Paula Fletcher wondered why the city now should be on the hook for the entire amount of cancelling the LRT. “Let’s not forget the provincial government ran a by-election on the Scarborough subway, with their candidate, Mitzie Hunter, named as a subway champ for Scarborough,” the councillor said. “To come back and say the onus is all on the city is a bit disingenuous.” Ahhh, there’s that word again. Disingenuous. If there’s one word to describe this entire fiasco, the entire past 4 years, really. Disingenuous.

Still, it’s a legitimate question for the councillor, who, it should not be forgotten, helped bring the subway debate back to the floor of council in the convoluted transit vote of May 2013, to ask. A question that should’ve been asked over and over and over again until an actual answer was given before an actual vote with actual repercussions was cast. While Councillor Fletcher eventually wound up opposing the subway, 24 of her then-council colleagues pushed ahead, costs be damned! Scarborough deserves a subway!

And drip, drip, drip goes the money down the drain. At a budget committee meeting yesterday discussing the staff recommended 2015 budget, Councillor Gord Perks listed a bunch of council directives that staff were ignoring. “The budget drops 3 youth lounges from the Council directed 10,” he tweeted. “City turned down climate change and health funding proposal that the Board of Health approved.” “Budget ignored Council vote on playground repair funding. On average we repair once every 80 years. Council said get to 1 in 30. Cost $3M/yr.” “We have been told budget doesn’t achieve Council direction on planting trees. We don’t yet how short.”

We can’t blame all of this nickel and diming on the fact that without any debate on the specifics the city has to come up with some sum of 10s of millions of dollars to pay for the Scarborough subway. A below the rate of inflation property tax increase and a mayoral dictate to all departments to find 2% in “efficiencies” will contribute too. 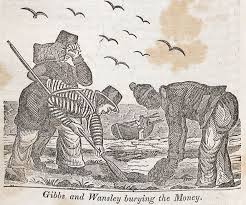 But in a largely zero-sum game of a municipal operating budget, money going somewhere has to come from somewhere. So, residents who may soon find themselves paying more to use city services and facilities can rightfully wonder if that Scarborough subway is actually worth it.

Trying to bury the evidence won’t change that fact.

— serves us rightly submitted by Cityslikr

This entry was posted on Tuesday, January 27th, 2015 at 11:00 am and is filed under Budget, City Building, City Council, Metrolinx, Municipal Politics, Newspapers, Press coverage, Provincial Politics, Public transit, Toronto Star, TTC. You can follow any responses to this entry through the RSS 2.0 feed. You can leave a response, or trackback from your own site.

8 Responses to We Knew. We All Knew.