Much post-1st debate chatter yesterday (well, at least in the circles I run in), topics including:

Who won? What the hell was that I just watched? Was that a hologram of Gord Martineau?

Perhaps there was no subject bigger than Mayor Ford’s liberal use of facts and figures. Yes, that will be the only time you can use the word ‘liberal’ in a sentence with Rob Ford unless it is followed by ‘hater’. He was free-wheeling and free-styling, tossing out numbers every which way, proving to everyone following along that he was Toronto’s greatest mayor ever, and without him, this city would be the hellish shithole it was prior to November 1st 2010.

This is nothing new. Unfortunately, the format of the CityNews debate was such that claims made by candidates couldn’t really be isolated and nailed down for further examination. It was just a whole lot of throwing stuff at the wall to see what stuck.

One that did was the mayor’s often heard boast of saving the city a billion dollars during his time in office. This is something that’s been, if not debunked, hotly contested. Matt Elliott took it on back last May. Daniel Dale wrestled with the figures again in November.

The city manager himself, Joe Pennachetti, seemed to put the matter to rest, raising a bureaucratic eyebrow at the number and suggesting, well, not quite.

But inexplicably, into the mix of yesterday’s discussion, the city’s CFO sent out a memo to councillors, essentially confirming Mayor Ford’s $1 billion assertion.
$972 million if you don’t count the $200 million or so in lost revenue savings from the repeal of the Vehicle Registration Tax. Yeah, so let’s call it a billion. The memo was the source the mayor used to back up the claim during his interview earlier today on Metro Morning.

In a hastily called press conference yesterday afternoon, the city manager tried to pull the reins back on the horse that had already left the barn. “They are not $1-billion of tax savings,” Mr. Pennachetti told the press. “If he calls it budget savings, he’s correct. If he calls it expenditure cuts only, that’s not correct.” 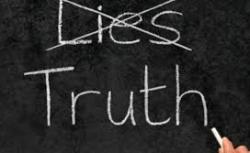 “Budgeting in the city is very complicated,” the city manager said.

Proving once more, in the words of Mark Twain, “A lie can travel half way around the world while the truth is putting on its shoes.”

It is the triumph of jingoistic, slogan-driven politics. Say something loud enough and often enough, something everybody can sing along to, and it becomes its own beast. This creature with legs that just cannot be killed.

I was mulling all this over yesterday afternoon when Councillor Shelley Carroll began tweeting out some of the savings that made up the mayor’s one billion dollars.

$75 million cut from the TTC. ($80 million if you include WheelTrans.) Nearly $14 million in Children Services. Over $15 million for roads. $13 million in Employment Services.

So I’m thinking, what the hell, give the lying motherfucker his one billion dollars, immediately followed by, You guaranteed us no services cuts. What are you lying about? Saving taxpayers money or no services cuts? You can’t have both. It’s right here in the CFO’s memo.

Matt Galloway pursued that angle in his interview with the mayor, forcing Ford to stray into the weeds of weasel words. Not cuts, Matt. Efficiencies. Efficiencies aren’t cuts.

Well, tell that to everybody waiting longer for their bus or crammed onto a rush hour subway. Drivers carefully navigating the roads to avoid potholes. Residents with flooded basements.

And this is where you can tie in Mayor Ford’s personal problems with his job performance. You lied about not smoking crack, Mr. Mayor. You lied about a reporter taking pictures of your children. So why should we believe you’re not lying about these numbers?

The mayor will then wave the memo around and accuse you of calling the CFO a liar. No, you respond, I believe the CFO when he says the TTC was cut by $75 million dollars. You, Mayor Ford, say you haven’t cut the TTC one dime. Are you lying again, Mr. Mayor? You have a track record of lying.

It’s difficult. As grown-ups we don’t tend to go around calling people names even when those names are appropriate. 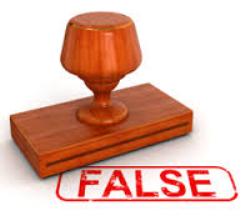 Think about it. When was the last time you stood up and called somebody a liar who wasn’t a family member or co-worker? Most of us were raised better than that. Normally, we politely disengage and change subjects.

But then again, how many of us have to deal with the likes of Mayor Ford and his brother, two men who lie as easily as they breathe? They count on others behaving reasonably and not pushing back hard. When someone does, they cry foul and start working the referee. It gives them the edge.

Treading softly and attempting to stay above the fray has not worked. There is little other recourse at this point other than resorting to the truth. The truth is our mayor is a liar. All he does is lie. Keep it simple and to the point.

There you go again, Mr. Mayor, telling lies and taking us for fools.

This entry was posted on Friday, March 28th, 2014 at 12:20 pm and is filed under Budget, CBC, City Council, Elections 2014, Municipal Politics, Newspapers, Press coverage, Race 4 Mayor, The Globe and Mail, The Toronto Sun, Toronto Star, TTC. You can follow any responses to this entry through the RSS 2.0 feed. You can leave a response, or trackback from your own site.