Remember, Remember The 26th Of November

The head is still a-buzz. I cannot say with any certainty if yesterday was the singularly most crazy-assed day in Toronto political history but it has to be a contender. 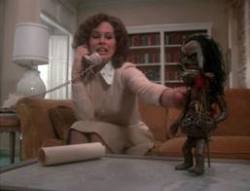 Yes, Mel Lastman once called out the army to help with a snowstorm but… Seriously?

(The day’s events are compiled in our Trilogy of Terror. Part 1, The Ill-Reckoning. Part 2, Is That Phone Call Coming From Upstairs? Part 3, Karen Black’s Crazy Aztec Doll.)

Suffice to say, we’re in fairly uncharted waters here. If anyone claims to know exactly how all this is going to play out, they are full-fledged liars with their bullshitting pants on fire. We’re through the looking-glass’s looking-glass.

As Edward Keenan wrote, none of this should come as any surprise to anyone. “…his [Mayor Ford] obsessing over small amounts of money; his steadfast refusal to pay any attention to details; his belligerent insistence that normal rules and procedures governing ethics and integrity do not apply to him; and his unique ability to inspire a citizen revolt against him.” Everything is as it was predestined to be. 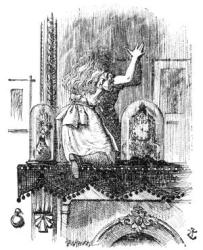 Only our shock at it is what’s really surprising.

If the mayor really cared about the welfare of the city he was elected to lead, he’d call it a day. Throw in the towel, admit he wasn’t all that interested in how things turned out and head off to coach football full time(r) than he already he has been doing. That’s just not the Fordian way.

But now, even the Prince of No Principles, Councillor Giorgio Mammoliti, has jumped ship, resigning from the mayor’s Executive Committee, citing constituent calls and his gut feeling as reasons to maintain his distance from an administration he’s so rabidly defended for over two years. His love for Team Ford was purely conditional. We all knew that. Still, it signals a council free-for-all. The Thumb has become something more of a middle finger.

So today council convenes for its monthly meeting. Owing to the 14 day suspension of Judge Hackard’s decision in order for the city to get its ducks in a row and the mayor time to launch an appeal, there will be an air of uncertainty. Let’s get through all this quickly and quietly. See you again in the new year when 2013 budgets have to be finalized.

When we might have some better idea about the whole mayoral situation.

And about noon or so, a parade will arrive outside City Hall at Nathan Phillips Square to celebrate the Toronto Argonauts’ Grey Cup victory. A parade. For football. At City Hall.

Back in the day, I dabbled in the dark arts of screenwriting. If I had ever delivered up such a script, full of such glaringly obvious analogies and ironies, the critic in my head who sounded a lot like Robert Evans would look at it and say to me, These are the pictures, kid, not a fucking freak show. Go back and write me something believable.

Such is the state of politics in Toronto, late November, in the year of our Lord, 2012. (Give or take).

This entry was posted on Tuesday, November 27th, 2012 at 8:30 am and is filed under Budget, City Building, City Council, Municipal Politics, Newspapers, Press coverage, Race 4 Mayor, Toronto Star. You can follow any responses to this entry through the RSS 2.0 feed. You can leave a response, or trackback from your own site.

One Response to Remember, Remember The 26th Of November