At a party Saturday night, the conversation inevitably turned to local politics as it tends to do when I find myself at a public gathering. 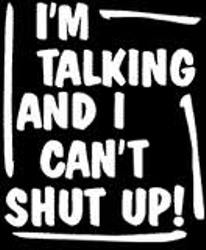 Sure, I can be a shout-y bore on the subject but, in my defense, I rarely am the instigator. If somebody’s going to ask me what I think of our new mayor, am I supposed to demur and pretend to admit that I don’t really follow what goes on at City Hall, that I don’t have an opinion?

I’ll spare you all the details, since you’re reading this you’ve probably heard them all before, only to tell you that the conversation’s conclusion ended with a mutual marveling at the fact that Toronto is somehow still functioning. Frequently finding itself near the top of Best Of lists and not some smoldering Rust Belt crater, it is something of a wonder how the city escapes the clutches of oftentimes terrible, terrible governance. It is what it is despite not because of the elected leadership that purports to be looking after the city’s best interests.

That is, for those of us in comfortable enough positions to enjoy the benefits on offer here. If we aren’t spending disproportionate amounts of our income to keep a roof over our heads. If we’re not trapped in a single mode of transport in order to get around. If you’re not dependent on the soft services – the nice-to-haves rather than the need-to-haves — the city provides. If living here isn’t just some daily grind that leaves us looking longingly for any possibility to pack up and move to greener, more livable pastures. 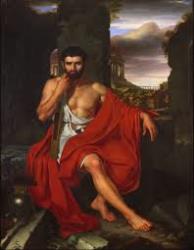 Those are the signs of neglectful governance, of course, the loose threads of poverty and inequality concentrated throughout the city. All those shiny skyscrapers are certainly one way (and not an unimportant way) to measure civic well-being but ultimately meaningless while we ignore the homeless deaths and children going to school hungry. A city working exclusively for the Haves is just another gated community.

Reading Royson James’ article yesterday in the Toronto Star, Exploring the murky depths of Toronto’s budget making, it’s painfully clear that neglectful governance has been par for the course for this city for a couple decades now. Not just the startlingly low caliber of local representation we seem content with, almost willfully excited to put into office, no, no. Where the real power resides, at Queen’s Park, Toronto’s had to battle, at times, a deliberate attack on City Hall’s ability to serve as an effective manager of the city’s affairs.

Look at the numbers. $2 billion of the $10 billion or so operating budget goes toward provincial and federal services and programs delivered by the city. 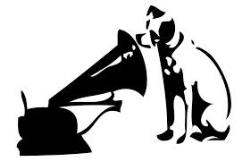 Some are voluntary while others are legislated. Some get actual funding from the senior levels of governments, some don’t. For the stuff the city either chooses or is mandated to provide that doesn’t come with money from Queen’s Park or Ottawa, the choice is both stark and unpleasant: cuts elsewhere in the budget and/or higher than desired tax and revenue increases.

For most of the amalgamated city’s history, we’ve leant more heavily on scaling back and putting off than actually doling out more in taxes. Our infrastructure suffers as a result. Our transit system can’t keep up with demand. Our social housing stock becomes more and more unlivable.

So here we are again with this $86 million operating gap created by the downloading of a bunch of social services as part of our amalgamation-warming gift from the Mike Harris government that has only been partially undone by the Liberal government that’s been in place since 2003. 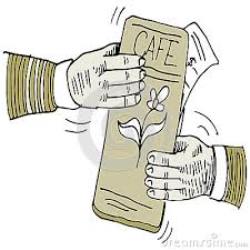 It’s a depressing case of petty hot potato-kicking the can down the road where no side has been particularly responsible. The province looks to balance its budget and not appear to be too Toronto-centric in the eyes of the rest of Ontario (it’s never obvious which is most important to Queen’s Park), rightfully if greasily pointing to the fact the city is negligent in using its taxing revenue resources more robustly.

It’s all political fun-and-games until the operating budget has to be balanced, and people waiting for a bus or affordable housing and daycare see little improvement in their daily lives. “Hey soldier,” Willard asks, “do you know who’s in command here?” “Ain’t you?”

We’ve arrived at that point in this conversation when I ask if it’s not well past time we start to pose the question, What about a Province of Toronto? Ask people elsewhere in Ontario if they think it’s an idea worth pursuing. If your out-of-town relatives are anything like mine, you’ll probably get a whole lot of Good Riddance and Don’t let the door hit you…

The other common riposte to that line of thinking is a derisive shrug. You want the like of Rob Ford or Mel Lastman to be your premier? That’s a concern, for sure. 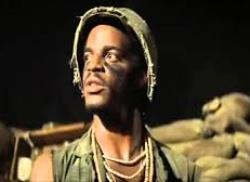 On the other hand, we endured Mike Harris, didn’t we?

Could it be that we get, not so much the municipal government we deserve but more the municipal government we think is appropriate to the responsibilities it has? As we have learned from our recent past, the ultimate authority for the functioning of this city, any city in Ontario, lies with the province. It can do anything it wants and we are pretty much powerless to challenge it. So who cares who the mayor is, our city councillor?

As it stands, most of our municipal decision-making is fraught with almost adolescent angst-filled nihilism. What’s it matter what we do? The province can just come in and scuttle everything. We’re told what we have to do, unsure if there’s any allowance coming to us as part of the deal. While you’re living under my roof… blah, blah, blah.

As long as we have to answer to a level of government that places this city’s best interests secondary to its own, there can be no satisfactory outcome with this relationship. For 20 years now, Toronto has had to endure the vicissitudes of provincial attitudes toward us, some of it malicious, some of it benign, occasionally beneficial. There’s no way in a scenario rife with such uncertainty that we can possibly plan and build a better future. If the province can’t treat us with respect as their “junior partners” maybe the time has come to demand a more equal footing.

This entry was posted on Monday, January 26th, 2015 at 2:29 pm and is filed under Budget, City Building, City Council, Municipal Politics, Newspapers, Press coverage, Province of Toronto, Provincial Politics, Toronto Star. You can follow any responses to this entry through the RSS 2.0 feed. You can leave a response, or trackback from your own site.

One Response to His Master’s Voice