Parking my ass down on a chair in committee room #1 at City Hall to take in the view of the first Toronto-East York Community Council meeting of the new year, look at all these shiny, fresh faces in action. Councillors Fragedakis, Bailão, Matlow, McMahon, Layton, Wong-Tam. 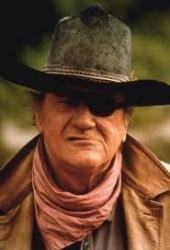 Such a relief after being subject to the grizzled, grim visages that occupy desk space on the Budget and Executive committees. Cllrs. Del Grande, Shiner, Thompson, Kelly, Pelacio. Del Grande, Shiner. Did I mention them already? Yeah well, slap an eye-patch on either of them and we’ve got our very own Rooster Cogburns minus the infinitesimal traces of empathy displayed by the fictional cowboy. The Toronto-East York Community Council also includes 3 of my 4 favourite councillors, Cllrs. Vaughan, Davis and Perks who is serving as the council chair.

In case you don’t know, community councils serve as a direct contact between citizens and City Hall. Members from council sit and listen while people depute. Depute. Didn’t even know that was a word. There are 4 community councils throughout the city and, while they were given some power over local matters like by-laws and permits with the City of Toronto Act back in 2006, they still seem to operate more at an advisory level than an actual hands-on enforcement body.

Armed with information from their respective deputations – fun fact, the word ‘deputation’ can mean the group or person who deputes as well as both the act of being deputing and the state of being deputed.

Put that in your pipe and smoke it, ya thesaurus loving kooks! Each Community Council will then take their recommendations on their respective local matters to the full city council for further consideration and an eventual vote.

During the course of a deputation regarding a planned condo development out on King Street West, the subject of parking came up. A lot. (Pun not intended but not shied away from either.) It has been my experience watching public debates on proposed high(er) rise developments throughout the downtown core of Toronto that parking is up the list of resident and business concerns. Which comes as a surprise to me, frankly.

Density intensification, public transit concerns, these things I get. But parking?

Of course, business owners will beat that drum, intractable as they are in the mid-20th-century mindset that cars equal sales. No number of studies suggesting that may not be the case will convince them otherwise. Local residents, too, are leery of new apartment/condo developments not only because of increased congestion but because of the premium it puts on their street parking. In the face of these fears, developers claim that there’s seldom a dearth of parking spots in their new buildings as those buying condos downtown don’t seem to want them. Hear, hear. I say. Urban dwellers reducing their dependency on the automobile. That sounds about right.

Not so fast, says Councillor Pam McConnell, our Katherine Hepburn’s Eula Goodnight I think for no real good reason other than I’ve still got True Grit-ish things on my mind. She says that those buying condos pass on parking spots not because they don’t own cars but to save money.

Councillor McConnell claims that spaces in the condominiums comes with a price tag anywhere from $20-30 K. Why pay that when you can buy a six month street parking permit for $60?

Wait. I’m sorry. What? Sixty dollars for six months of parking! Are you sure about that, Councillor McConnell? It’s 2011 not 1980. Nobody living in the downtown core could be paying $10/month for parking. You must have your facts and figures wrong.

Checking the city’s website and it turns out that the councillor’s numbers are, indeed, off. With no access to off-site parking, a resident will pay just under $15/month for their first vehicle. It’ll cost them under $40/month for any subsequent vehicles. 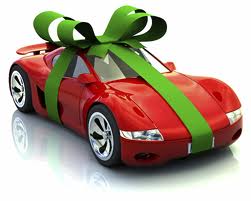 If a resident wants to park out on the street just for the convenience of it, you know, they have access to off-site parking, they’ll be out of pocket slightly under $50/month. That’s about $12 a week, under $2 a day, to park on the street simply as a matter of convenience.

How’s that for your Gravy Trains?! In fact, if you want to guest street park your gravy train outside your house, the city merely asks you to hand over $21.18 for a week. That’s $3 a day for those of you not good with the long division. To park on a street in downtown Toronto.

The War on the Car indeed.

Now I know that parking is a mystifyingly visceral topic, driven more by some ancient sense of entitlement than by good economic/environmental sense. I own a car therefore I am allowed to put it right here at no extra cost to me whatsoever. It just seems outrageous that a city as purportedly under the fiscal gun as our current administration claims it is simply gives away huge tracks of its public space for peanuts. 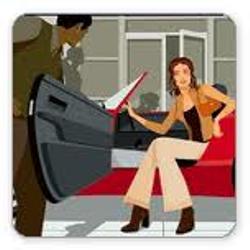 Yes, I called on-street parking ‘public space’ and I’m not the only one. In fact, I lifted the idea outright from a much smarter writer on city stuff over at Urbanophile. Parking on a city’s streets for chump change is not some inalienable right.

We’ve talked about this before and much brighter minds than ours deliberate over the concept of proper pricing for parking to maximize profits while mitigating congestion and the resulting environmental impact. But it doesn’t take a genius to conclude that Toronto, at least in terms of its handling of on-street parking, is simply acting as Santa Claus to drivers. If you own a car, you better be prepared to pay for it. That includes the real cost of parking. And the price of that is a lot more than pennies a day.

This entry was posted on Wednesday, January 19th, 2011 at 11:52 am and is filed under Academic Studies, Budget, City Council, City of Toronto Act, Killer Cars, Municipal Politics, On The Road. You can follow any responses to this entry through the RSS 2.0 feed. You can leave a response, or trackback from your own site.

5 Responses to The Meter’s Running