The cuckoo, it is said, deviously lays its eggs in another bird’s nest to have its young raised and reared by the unsuspecting guest parent. 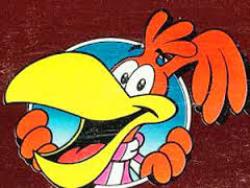 The cuckoo bird either hatches earlier or grows quicker than its host’s offspring, launching its faux-siblings from the nest in an effort to become the sole mouth to feed. A survival of the fittest tactic known as ‘brood parasitism’.

It strikes me as something too sinisterly perfect to be true. More like a child’s fable. No, not the white-washed ones we heard as kids. The grim ones, told by dour Germans or the icky Brits of the 18th-century, full of impending doom, evil lurking around every corner, stranger danger. The original scared straight, morality tales to keep the children in line. Suspect everyone. Trust no one. Are they really your parents?

The Scarborough subway. A cuckoo’s egg laid by the Ford Administration in the nest of City Hall.

In a bid to grow and flourish, it, in turn, lays waste to everything around it, mainly in the form of reputations of those trying to give it life, even with the best of intentions. Here, I’m thinking city staff who know what’s what, a wink’s as good as a nod, but try anyway to make the best of a bad situation. It’s not a beast of their making. They’ve tried, at times, to set the record straight. To no avail, in the end, their attempt to make it all seem legitimate only succeeds in damaging their own credibility.

For those who actually try to claim parentage of this impersonator, the result is even more unbecoming or, in the extreme case, self-immolating. It derails political aspirations. Karen Stintz. It further mocks those already prone to mocking. This is not that subway. It’s a completely different subway. Which, just so happens, to be in Scarborough like that other subway. Councillor Michelle Holland. It makes some say the kookiest things. “The subway is never going to be cheaper than it is today,” said Councillor Ana Bailão.

Nobody’s fooled. Everybody’s embarrassed. Maybe if we can just get past the pretense of it all, we can start having a rational discussion again.

Except that no longer seems possible because no one in any position of real power is willing to step forward and admit mistakes were made, bad decisions pursued for all the wrong reasons. At first we thought this was a good idea. Now we don’t. This was an egg that should never have been allowed to hatch.

Mayor John Tory may be in line to take the biggest hit for trying to maintain this fiction. Whatever claims to sound judgment and a sober approach to governance he may have once made are meaningless now, nothing but empty campaign slogans. With his Toronto Star op-ed on Monday, he jettisoned any semblance of good sense or consensus building. Think that’s just me talking, an avowed and self-proclaimed Tory critic?

Or some other left-wing tongue-wagger in Torontoist?

Flip through the pages covering the transportation beat in the Star. Still not satisfied? How about this editorial in the august Globe and Mail? Both newspapers, by the way, that endorsed John Tory for mayor less than two years ago.

Why he’s taking such a risk to nurture somebody else’s terrible, terrible idea is probably both crassly obvious and backroom murky. Your guess is as good as mine. In the end, though, it doesn’t matter to John Tory because he, and every other politician who’s calculated to make this possible, won’t be around to see it to fruition, to have the scorn heaped directly on them.

In the meantime, we all can get a glimpse at the future. That deliberately misplaced egg has hatched and the cuckoo bird has already started to squawk, demanding we feed it, we love it, respect it. The sound, it sounds just like this:

This entry was posted on Wednesday, June 29th, 2016 at 9:00 am and is filed under City Building, City Council, Municipal Politics, Newspapers, Press coverage, Public transit, The Globe and Mail, Toronto Star, TTC. You can follow any responses to this entry through the RSS 2.0 feed. You can leave a response, or trackback from your own site.