The Divine Right To Drive

We now return you to our regular scheduled programming… 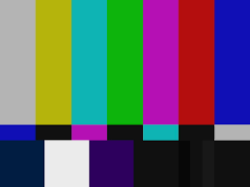 With the conclusion of baseball’s post-season last night, it’s back to my normal television viewing pattern which consists of largely of DVRing, Netflixxing and disappointment shaded avoidance. I mean, really? Storage Wars?!

Sports, in general, baseball specifically, is the only time that I spend watching TV in the traditional manner any more. That is, with unfiltered commercial breaks. Sure, I will take to muting them, using them for a bathroom break or to simply stretch my legs. I mean, come on. That first week of October, there were 4 games a day!

Still, baseball broadcasts are when I am really subject to television advertisements, and I can only conclude one thing: televised professional sports exist merely to maintain our automobile industry.

How many car ads can they fit into one commercial break? A lot, let’s just say.

And like every other form of advertising, car commercials in no way reflect real life, do not in the least represent any sort of the reality of car ownership. In the ads, a lone automobile contends with the elements of nature. A shiny private vehicle transforms a dreary life into one of white teeth and daring do. A luxurious ride provides escape and calm from the horrors and blight of the modern world.

Your car is different than their car. Your car, in no way, contributes to the grind of your daily commute. Your car is a haven. Your car is not traffic. Their car is.

None of this is a revelation to any of you. Neither is it, I know, at all novel or a new thought. Mark it with a big ol’ shrug and a Well, d’uh.

I bring it up because this morning a group called the Ecofiscal Commission (“Practical solutions for growing prosperity”) released a report calling for a more sensible approach to road pricing in some of Canada’s largest cities.

Matt Galloway spoke to one of the report’s authors on Metro Morning today. Matt Elliot took a ride with another one of the authors. In the Globe and Mail, Oliver Moore wrote an article on the report. Tess Kalinowski did the same for the Toronto Star.

In short, we’re talking tolls. We can’t sort out our mobility woes until we start properly charging drivers more fairly for their use of the roads, especially our urban expressways. This is important for any number of reasons, none more so, perhaps, than providing ammunition in the perpetual debate over whether or not drivers already pay more than their share. Gas taxes, and all that. They don’t.

I also bring up the subject of car commercials, the glut of them and their lack of grounding in reality, because one day last week 16 pedestrians were struck down by cars in the GTA. Sixteen! In one day! Ten more than the average daily pedestrian-automobile number of collisions. Six! A day!

The Toronto Police Services responds by announcing a Pedestrian Safety blitz this week, complete with this video:

While we’re told that there’s a 50/50 split in responsibility between drivers and pedestrians for “accidents” that occur between them, this is all about pedestrians taking full responsibility. Be Prepared. Be Seen. Be Safe. “Cross the street as if your life depends on it,” the nice police officer tells us.

Nary a word about drivers driving as if their lives depend on it, as if somebody else’s life depends on it. 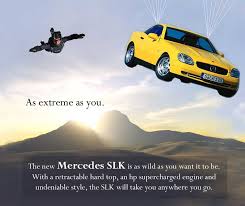 Why aren’t we instructed to operate our motorized vehicles as if there’s always the possibility that a 4 year-old child could pop out onto the road out of the blue? Why don’t we demand drivers drive to accommodate the most vulnerable of us who they share the road with? Why is it that in 2015 we still behave as if roads are the sole domain of automobiles and the rest of us have to ask nicely and behave properly in order to share the space with them? Even though pedestrians (and cyclists and skateboarders and rollerbladers) pay disproportionately for them?

The most obvious answer to those questions is that that’s just the way it is, the way it’s been for 70 years or so. In the hierarchy of transportation modes, the car is king. Change is slow, the status quo bias strong.

It is a mindset reinforced every time we turn on the TV.

With every car commercial we watch, with the freedom of the open road, blowing through our hair, with the high end, Bang & Olufsen sound system blasting out our favourite tuneage, with the rich Corinthian leather (not even a real thing) that cocoons us from the stop and go, years off our lives traffic we find ourselves in every time we get behind the wheel, no report on road pricing is going to convince us to pay more for our right to drive our cars, to persuade us to share the roads more equitably, to assuage our unrelenting and misplaced rage at being stuck behind a streetcar. Television promises drivers unfettered access anywhere and everywhere they want to go, no money down, don’t pay until next year.

Reason and rational thought have nothing to do with it. Driving is a singular experience. Normal rules don’t apply.

This entry was posted on Monday, November 2nd, 2015 at 12:33 pm and is filed under City Building, MLB, Municipal Politics, Newspapers, On The Road, Press coverage, Sports, The Globe and Mail, Toronto Star. You can follow any responses to this entry through the RSS 2.0 feed. You can leave a response, or trackback from your own site.