Bloodied Cesar (I Just Had To)

I will give Councillor Cesar Palacio (Ward 17 Davenport) credit for this much. Talk about having the stones to bad-mouth a major piece of infrastructure that runs right through the heart of your own ward.

Infrastructure built under your watch.

That takes some nerve, it does. Stepping up and announcing to anyone listening, hey. Look at this mess I helped create. Vote Palacio!

But this is exactly the route the councillor took after signing on to Team Ford in 2010. Aside from maybe the mayor and his brother, and perhaps Councillor Frances Nunziata (Ward 11, York South-Weston), nobody beat the drum about the St. Clair Disaster louder than Councillor Palacio. Never mind that most of the claims being made were untrue. Yes, the construction did not go smoothly. There were overruns in both time and money. Businesses along the strip suffered.

Don’t forget, however, Councillor Palacio was in office during all this. It’s not as if he inherited it. By yapping on about some perceived disaster, he’s basically announcing that he’s unfit for office. Almost like he’s daring voters not to support him.

Imagine being a resident up near St. Clair or a business along the strip,

and your local representative can’t seem to tell enough people about how bad things are there. I hear there’s a really good restaurant on St. Clair. Wanna go try it? I don’t know. I would but I hear it’s a nightmare up there. Or… or… You live near St. Clair? I hear it’s a real disaster. Who’d you hear that from? The guy you elected to represent you at City Hall.

Your councillor, Ward 17. Cesar Palacio. Advocating and fighting for your interests since 2003.

Councillor Palacio has been the closest thing downtown Toronto has to a bona fide member of Team Ford. He has accepted the role with particular relish, garnering himself a seat on the Executive Committee through his position as chair of the Municipal Licensing and Standards Committee. 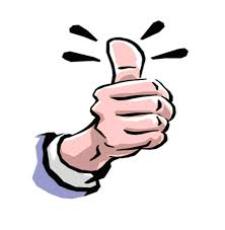 When Councillor Giorgio Mammoliti’s (Ward 7 York West) thumb fell out of favour or into disuse (was never sure which it was), Councillor Palacio, perched as he was directly behind the mayor, enthusiastically filled in, flashing his thumb to let folks know which way the mayor wanted them to vote.

Not that I’d imagine anyone followed his instructions. In fact, I’m not even sure the mayor was ever aware of what Councillor Palacio was doing. The gesture probably had more to do with the councillor signalling to everyone that he was behind Mayor Ford both literally and figuratively.

Despite the mayor’s recent woes, Councillor Palacio has remained a steadfast devotee although he did join the enemy’s list when he voted in favour of stripping the mayor of his powers. The councillor has been firm in his support of a Scarborough subway and against LRTs (because that’s what made St. Clair a disaster, don’t you know). He was part of the gang of 5 TTC commissioners who helped engineer the ouster of then CEO Gary Webster after he had the temerity to publicly suggest it best to stick with the LRT plan that was already in place and paid for by the provincial government. Councillor Palacio was, in turn,

unceremoniously dumped when then TTC chair Karen Stintz pulled off her own putsch (curiously however the councillor voted in favour of his own termination), booting those known as Ford loyalists from the board.

I think that would be the most apt and probably only term I’d come up with if asked to describe the councillor’s time in office this term. What else can you say about Cesar Palacio? A Ford loyalist.

And like all Ford loyalists whose last name isn’t Ford, what did the councillor get in return for such fidelity and reliability?

Why just last week in these very virtual pages we reported how the councillor, in his capacity as chair of the Municipal Licensing and Standards Committee, overseeing the food truck issue, seemed to have been blindsided by the mayor’s motion to eliminate the 50 linear metre from any restaurant rule the councillor was proposing.

Councillor Palacio asked the mayor if he realized it was his motion that the mayor was seeking to amend. So obviously there had been no consultation between them. The councillor also wanted to know if the mayor knew just how long it had taken to bang out the sort of compromise he was now seeking to undermine with his off-the-cuff motion.

Mayor Ford appeared indifferent to the councillor’s plaintive tone. That’s just the way he rolls, yo. Loyalty’s a one way street with him, baby.

Still, Councillor Palacio hasn’t come away empty handed with his toadying to the mayor.

Only in a Rob Ford administration could an undistinguished councillor like Cesar Palacio rise to the rank of a standing committee chair, even a lowly regarded one like Municipal Licensing and Standards. But hey. If a Frank Di Giorgio can become budget chief, the sky’s the limit for mediocrity. Chances are Councillor Palacio’s star will never shine as brightly (such as it) as it has for the past 3+ years, although I did spot him at the official launch of John Tory’s mayoral campaign, so his time in the sun may not yet be done. 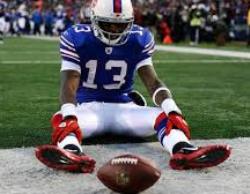 The bigger question is, what have Ward 17 residents got in return for their councillor’s brush with power? Used as a political cudgel to fight a transit war across the city in Scarborough. Check. The implementation of the Ford agenda. Check. Fighting to remove a methadone clinic. Check.

Ummm… after that, I’m kind of drawing a blank.

After 10 years in office, you’d think Councillor Palacio and the ward he represents would have a lot more to show for it than that.

This entry was posted on Monday, April 7th, 2014 at 11:00 am and is filed under City Building, City Council, Elections 2014, Municipal Politics, Newspapers, Press coverage, Toronto Star, TTC. You can follow any responses to this entry through the RSS 2.0 feed. You can leave a response, or trackback from your own site.

13 Responses to Bloodied Cesar (I Just Had To)