Let’s not think of Mayor Ford’s “things are unravelling as they should” assessment of the Scarborough subway plans as some sort of goofy, 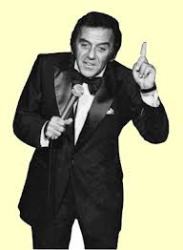 Norm Crosby malapropism. A funny little slip of the tongue. Utterly meaningless except for the mocking opportunities it presents.

Obviously, he didn’t really mean to say that.

What if that statement was just as frank an admission as the previous day when the mayor admitted to smoking a lot of pot? How are the plans for building the Scarborough subway coming along, Mr. Mayor? Unravelling, as they should.

This would come as a surprise to almost no one except maybe anyone who really believed that anybody actually intended to build the subway, either as an extension of the Bloor-Danforth line or the mayor’s earlier Sheppard subway pipe dream. Unravelling? Of course. None of this was ever supposed to ravel in the first place.

Signs of the unravelling began almost as soon as city council voted to convert the former Transit City LRT plans for the B-D extension to a subway instead.

Full of provisos and contingencies that had to be met before proceeding in earnest, the council vote had a built-in self-destruct mechanism, beginning with the demand for $1.8 billion from the province which, in fact, was nearly an additional half a billion dollars above what had already been agreed to.

(That math? The $1.8 billion already marked for the Scarborough LRT, some $400 million for the Kennedy station redesign that was going to happen with either an LRT or subway. Council wanted that $400 million plus another $400 million.)

The day after the vote, the provincial transportation minister, Glen Murray called a press conference for a big announcement, complete with Subway Champion and Liberal candidate for the Scarborough-Guildwood August 1st by-election, Mitzi Hunter. Hey everybody! Guess what!

The province is giving $1.4 billion for the subway extension! Hoo-rah!!

But even Mayor Ford stated up front the subway dream would be dead if the province didn’t come up with the fuller $1.8 billion. Cue the finger-pointing and blame gaming as the clock started to run down before council had to make another final decision. This time we mean it, man.

Then yesterday, Minister Murray dialed up the damping down of subway expectations, suggesting that the federal money needed to build the subway probably wasn’t in the cards. He plans on meeting the federal transportation minister, Lisa Raitt, this week [update: a meeting now cancelled by Raitt, according to Murray.] but didn’t seem to be holding out much hope. “When you put a 416 area code in front of a transit project, the cheques disappear.”

For his part, Mayor Ford was planning to talk with the prime minister last night at a fundraising BBQ. As of this morning, no news on how that all worked out.

Perhaps everybody’s looking to bury the good news later this afternoon, ahead of the long weekend. As politicians are want to do.

So it unravels slowly toward the September 30th deadline council set to have all the funding questions answered. If the money’s not in place? We’ll just revert back to the original LRT plans, again. No harm, no foul. Everybody concerned can hold their heads high and tell the public that they tried to build them their Scarborough subway but somebody else failed them.

Local politicians can point at the province and say they didn’t step up to the plate. The province can return fire, claiming it paid what it promised which is still the lion’s share of the price tag and, besides, if the city wants a subway so bad, maybe it needs to think a little harder about generating more of the revenue. 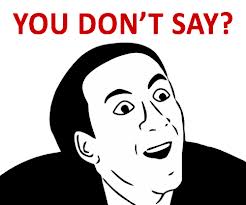 And what about the feds? Why aren’t they at the table, putting some skin in the game? Unsurprisingly, Ottawa will continue to look the other way. I’m sorry, what? Were you talking to me?

So I think Mayor Ford made no mistake when he spoke to the issue. Things are most definitely unravelling as they should.

This entry was posted on Friday, August 30th, 2013 at 1:56 pm and is filed under By-Elections 2013, CBC, City Building, City Council, Metrolinx, Municipal Politics, Newspapers, Press coverage, Provincial Politics, The Toronto Sun, Toronto Star, TTC. You can follow any responses to this entry through the RSS 2.0 feed. You can leave a response, or trackback from your own site.

2 Responses to The Unravelling