Deep down in my bones, at the most visceral of visceral levels, I stand opposed to the selling of public assets to private interests. It always seems like some desperate measure and seldom turns out very well at the public end.

Of course, that may just be the confirmation bias punching its way to the surface.

But then, Councillor Adam Vaughan, whom I nearly always agree with, floats the notion of selling off or leasing out the Gardiner Expressway and Don Valley Parkway. What?! Yesterday on Metro Morning, the councillor went full on Ford and touted mysterious ‘telephone calls’ he’d been getting from ‘major investment firms’ and ‘consortiums’, apparently drooling over the prospect of gobbling up some crumbling infrastructure. What next, Adam? Folks in line at Timmies, telling you to go for it?

During the interview, Councillor Shelley Carroll, whom I nearly always agree with, calls Vaughan’s idea an ‘insane fantasy’. Exactly, Shelley. If we’re going to start tolling the roads, why not keep the profits instead of handing them to the private sector to make off with like bandits. An insane fantasy indeed.

Which is probably why Councillor Doug Ford agrees with Councillor Vaughan about it. Wait. What?! Get out of town! Those two guys?

“I’m glad that Councillor Vaughan is taking a page out of my playbook that I’ve been preaching for the last two years,” said the councillor and Mayor-brother, “maybe he got hit over the head over the weekend.”

For that reason alone, I now want to sell the roads to the private sector and watch as Councillor Ford slowly and inevitably realizes to his horror exactly how P3s work in the real world. Nothing comes for free. One way or another we will pay for the use of the Gardiner. I’m not sure the councillor fully understands that concept yet.

Of course, that’s not really all that constructive and might simply be cutting off my nose to spite my face. And when it comes to being spiteful, let’s leave that up to the master on the matter, Councillor Denzil Minnan-Wong. From Robyn Doolittle of the Toronto Star:

Public works and infrastructure chair Denzil Minnan-Wong said [Chief Planner Jennifer] Keesmaat needs to get on board with a staff recommendation to carry about $505 million of rehabilitation work over the next decade on two sections of the Gardiner.

“She’s in favour of spending the tens of millions that’s required to keep the Gardiner up while we could wait for six, seven, eight years to get an environmental assessment done, then flushing all that money down the toilet and maybe tearing the Gardiner down,” he said.

Ms. Keesmaat’s transgression? Suggesting before throwing a half billion dollars blindly at the problem of the Gardiner, how be we go back to that Environmental Assessment that we were already $3 million into before Mayor Ford came to power and Councillor Minnan-Wong took over at Public Works. You know, that one that got mysteriously shelved. The one that might’ve already been completed and on the table to give us some educated direction going forward.

If you could indict someone for disingenuous douchery, the Public Works and Infrastructure chair would be up to his eyes in legal paperwork. Unfortunately, that’s not illegal behaviour. Just terrible, destructive politics.

Not only was Ms. Keesmaat being quite reasonable in her suggestion that we think before we spend but she said out loud what road warriors like councillors Ford and Minnan-Wong refuse to accept and those like Vaughan and Carroll can only nibble around the edges of. According to Robyn Doolittle again, Toronto’s chief planner said she is opposed to spending massive sums on infrastructure focused on “moving more cars.”

That’s what this all comes down to.

The future of transportation services in this city.

Single rider, private vehicle use is the least efficient, most expensive way of moving the biggest number of people. We’ve been heavily subsidizing it for over half a century now. Now’s the time to pay the piper. That bill’s come due.

The best way to go about achieving that? I guess that’s what this current tussle is about, at least among the politicians who are looking ahead and not back. Councillor Minnan-Wong is fighting yesterday’s war and should be treated accordingly.

It’s all well and good to think that if tolls are the way to go, why don’t we just start tolling and reap the profits. But in governments’ hands, it’s always political and subject to the whim of the day. 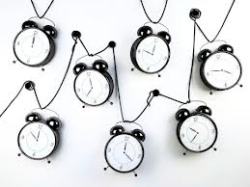 So sell it smartly to the private sector and be done with it. Let those who want to drive, bitch and moan at the major investment firms and consortiums not City Hall. And if you think you’re going to avoid paying by taking another, ‘free’ route? We’ll keep that congestion fee option tucked in our back pocket.

And hey, if Councillor Vaughan is right and engaging in a P3 will kick in federal infrastructure funds and ‘regionalize the cost’ of maintenance, why not? Cities should not be solely responsible for roads that serve the greater area.

Still… there’s that nagging feeling, deep in my bones. Lost revenue. Loss of control. Enriching the private sector while draining the public purse.

But this is a conversation and decision we need to have right now and not some time after we’ve thrown half a billion dollars at a problem that will do nothing more than handcuff another generation.

This entry was posted on Wednesday, December 19th, 2012 at 12:26 pm and is filed under Budget, CBC, City Building, City Council, Killer Cars, Municipal Politics, Newspapers, Press coverage, Privatization, Toronto Star. You can follow any responses to this entry through the RSS 2.0 feed. You can leave a response, or trackback from your own site.