It’s Not Paranoia If Everybody’s Out To Get You

There’s a culture of corruption down there and we’re going to put an end to it. 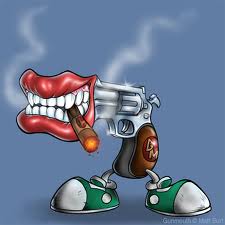 That’s then not councillor Doug Ford popping off during a Toronto Sun editorial board session alongside his councillor brother and then mayoral candidate Rob during the 2010 municipal election campaign.

Some two and a half years later, with now Mayor Rob Ford on trial for allegedly libelling restaurant owner George Foulidis over some comments he made during the above gabfest with the Sun, here’s now Councillor Doug Ford’s opinion of the proceedings.

It’s 100 per cent political. It’s all politics. Every court case Rob’s in is all about politics, you know that…We’re here to represent the people. We’ll take the brunt for the people. 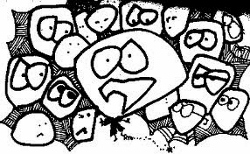 Is there no sense of shame that runs through the Ford family? Is nothing ever their responsibility? Read through the excerpts of the Sun piece, with Doug goading his brother to increasingly higher degrees of outlandish, unsubstantiated claims about the workings of City Hall. “…there’s more corruption and skullduggery going in there than I’ve ever seen in my life.” “And if that Tuggs deal doesn’t stink to high heaven, I, I …” “The system’s broken… they’d be in front of a grand jury, they’d be indicted and they’d be in jail right now. “ “That’s corruption, plain and simple.” “That’s illegal. They (ought to) call the police and investigate that.”

I don’t know if anything that was said will be considered libel by the court. What I do know is that the Brothers Ford threw around a lot of innuendo which they couldn’t back up with actual… what do you call that again?… proof. Now the mayor is on trial and all Councillor Ford can see is an enemy driven conspiracy against them. “It’s all politics.” Nothing whatsoever to do with accepting responsibility for the words you speak or the actions you take. 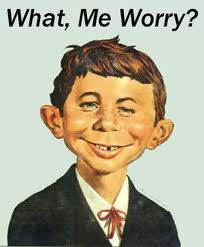 It would be shockingly depressing if it weren’t routine behaviour from the mayor, his brother and their apologists.

This entry was posted on Wednesday, November 14th, 2012 at 11:58 am and is filed under City Council, Elections 2010, Law, Municipal Politics, Newspapers, Press coverage, Race 4 Mayor, The Toronto Sun, Toronto Star. You can follow any responses to this entry through the RSS 2.0 feed. You can leave a response, or trackback from your own site.