The timing of this is absolutely going to come across as pure sour grapes. Two days after being snubbed,

left on the cutting room floor by the Globe and Mail’s Marcus Gee in his article about Toronto’s City Hall bloggers and tweeters, here I go about to attack him. But let me just say in my defence that I think Mr. Gee did me a favour. In hindsight the decision to let fly with my impressions of various councillors during our interview was probably ill-advised.

“I used to beat up twerps like you in high school,” I bellowed at Mr. Gee, bringing my Councillor Giorgio Mammoliti A-game to the table. “Give you wedgies and dunk your head in the toilet bowl.”

Yes, as a matter of fact, I really do need to re-think my PR strategy.

Besides, this won’t be the first time I have disagreed enough with the Globe columnist to write a response. In fact, it was pretty much on this very same issue that I expressed my displeasure with him back in March, long before we ever chatted in person. Just so we’re clear on my motivations here.

On Friday, Marcus was at it again, bemoaning the aimless drift of the city under Mayor Ford’s watch. “After a string of whuppings on transit, Mr. Ford is looking more and more isolated on the council he is supposed to lead,” Mr. Gee wrote on Friday. 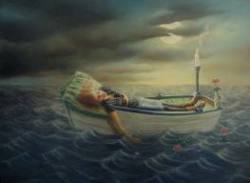 “With two and a half years left in his four-year term, his ability to implement his agenda is fading. That may strike many Torontonians as a good thing. It’s not. For one thing, a city with as many pressing challenges as this one can’t afford to drift rudderless till 2014.”

OK, again. Just because the mayor appears to be drifting aimlessly does not mean the city is. The mayor is one component of municipal governance, a very important component certainly, the only council member elected city-wide and with slightly better access to the levers of power, but still only one vote of 45 ultimately.

Mr. Gee rightfully characterizes Mayor Ford’s last few months as a display of ‘abysmal leadership’ which should be his story, end stop. A mayor is elected to lead, in Toronto is given some tools to help further an agenda. After a year or so of doing exactly that, this mayor has ceased performing that function. No one has taken it away from him, tied up him ‘with a thousand tiny bonds’. He’s just continually failed to muster the majority of votes needed to win crucial votes at council. There’s nobody to blame but himself and his staff for that.

And yet, the business of the city carries on. While Gee sees last week’s council vote on contracting out cleaners as a victory for those looking “… to handcuff the city’s attempts to get private contractors to take over some cleaning jobs…” and some sort of plot by ‘a resurgent left wing’ on council “…to block any attempt to contract out services to private companies”, that’s an angle seen purely through an ideological lens. 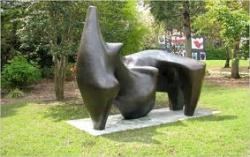 Councillor Ana Bailão, who put forth the motion, stated right up front that it wasn’t about stopping the practice of contracting out. She wanted better oversight of how and to whom the contracts were given.

Her motion seemed to be largely in reaction to the mess that emerged back in 2010, before Rob Ford was even elected mayor, with the contracting out of cleaning services for Union Station. The possible use of undocumented workers, not paying them the agreed upon hourly wage and a questionable renewal of the contract all suggested the city needed to be more vigilant in its contracting out process. As we go further down that road, Councillor Bailão’s motion looks more like a strengthening of safeguards rather than merely putting on the brakes to a mayoral initiative.

While Mayor Ford’s former press secretary and now Toronto Sun something or other, Adrienne Batra, sees the same leftist plotting and nefariousness at City Hall as Marcus Gee, she puts the blame for its success squarely where it belongs: in the lap of the mayor. “The mayor — not his staff, not his brother, not his executive, not his unpaid advisors — needs to dig down and find the same passion for the job he had when he was first elected,” Batra writes, “to carry him through the remainder of his first term. That is, if he wants a second one.”

A second term?! What on earth would Mayor Ford do with another 4 years?

He doesn’t even know what to do with the next 30 months.

Both Ms. Batra and Mr. Gee miss what, I think, is the major cause of the mayor’s sudden flirtation with irrelevancy. His 2010 election platform was the thinnest of thin gruel. Because it was exclusively based on unfounded rhetoric and almost impossible to implement promises, there was no way it could sustain one term, never mind two. To the city’s fiscal detriment, he pushed through the repeal of the Vehicle Registration Tax and kept property tax increases below the rate of inflation. The savings from his major accomplishments of cutting councillors’ office expenses and securing concessions from city workers without any labour strife don’t appear to cover the loss in revenue from the tax cuts and freezes which doesn’t bode well for another campaign promise of the mayor’s, eliminating the Land Transfer Tax.

Mayor Ford did get the ball rolling with contracting out waste collection and nothing in Councillor Bailão’s successful motion last week threatens that. Hopefully, it will serve to alert not only city council but the public also to the possible problems that come with contracting out.

If we’ve learned nothing else from the last 16 months or so, it’s that the easy peazy manner of running a city the mayor promised was pure delusion. We do, in fact, have a revenue problem and the spending problem that was so out of control? Yeah, not so much.

When a politician romps into office based on such out-and-out fantasy, it’s hardly surprising that he, sooner rather than later, gets bogged down in the mire of reality. Marcus Gee implores city councillors to ‘let’ Mayor Ford get ‘at least some things done.’ I’d suggest they already have and are now hard at work trying to mitigate the fallout of having done so.

— not bitterly submitted by Cityslikr

This entry was posted on Monday, April 16th, 2012 at 1:42 pm and is filed under City Building, City Council, Elections 2010, Municipal Politics, Newspapers, Press coverage, Race 4 Mayor, The Globe and Mail, The Toronto Sun, Toronto Star. You can follow any responses to this entry through the RSS 2.0 feed. You can leave a response, or trackback from your own site.

4 Responses to An Empty Mandate