We Really Going Down This Path?

Watching The Bottom Line segment last night on the CBC’s National a day before the federal budget was coming down and one of the panelists Patricia Croft said, 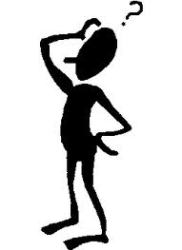 and I’m paraphrasing here, that the private sector experienced a serious recession a few years back and now it was time for the public sector to face its own recession.

So the divide is complete. Those not lapping it up at the public sector trough for these past 3, 4 years, the unlucky sods stuck toiling away heroically in the private sector trenches have seen tough times, buddy. They’ve endured while their lazy counterparts in government, most all unioned up, have been picking the pockets of hardworking taxpayers, living large on our dime.

Now it’s time for a little payback, err, comeuppance, I mean, yeah, OK, payback. Enough is enough. We all know what caused the recession. Wildly inflated public sector wages, benefits, pensions and sick days. Those damn teachers brought us to the edge of financial apocalypse! We demand restitution! We demand a day of reckoning!

It’s remarkable, really, just how effective this bait and switch has been performed. That all this government debt, from the federal right down to the municipal level, has been due to reckless spending out of the public purse. None of it came from a mania for slashing taxes or a lack of oversight of financial institution that believed in their own corrective powers and that greed was indeed good – bankers gone wild!

And here we are, anemically digging ourselves out from under the wreckage, no serious questions asked or answered about how we really got into this particular mess, and now it’s time to gut our way back to prosperity. 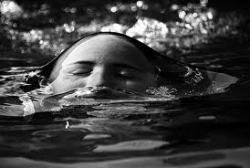 Trust us, we’re instructed by the same people who led us off the cliff in the first place, this is how it’s done. Have we ever steered you wrong before?

We’ve asked this question more than a few times before but in light of this week’s budget madness it bears repeating. How exactly does it work, this cutting your way to growth? You keep wages stagnant, remove benefits, reduce pensions, making people more vulnerable to the vagaries of the market. They respond either by piling on more personal debt or tucking what money is left under a mattress. That expands the economy how exactly?

I don’t know why I even bother asking, frankly. No actual answer is ever forthcoming. We cut our debt and debt payments and, voila, there’s more money in the bank to spend on those things people really want. Except, point me to an example where that’s actually happened. Don’t talk to me about the Chretien/Martin Mid-90s Miracle where, in fact, the pain wasn’t short but sweet. Instead it was just passed along, downloaded if you will, to the provinces who, if they aren’t resource extracting the shit out of their economies, are mired down in debt and dislocation, themselves having offloaded as much of the fiscal difficulties onto their municipalities.

As Trish Hennessy pointed out earlier this week at Framed in Canada, this austerity model has so far proven to be hypothetical, illusory, nice and neat on the blackboard but not the proven panacea its adherents claim. With each cut and reduction Greece makes, more bailout money is needed to keep it from collapsing. Great Britain is travelling down a similar path. 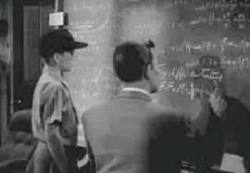 Austerity, along with its philosophical tax cut soul mate, aren’t really driving economies in the direction their proponents tout.

Rahm Emanuel, that staunch fiscal conservative according to Councillor Doug Ford, is looking at “a ‘major new infrastructure program’ to create tens of thousands of jobs across Chicago by ‘coordinating the revitalization of Chicago’s infrastructure.” What? Government spending in Chicago?! But Mayor Rahm. Everybody knows governments don’t create jobs. Governments just get in the way of the real job creators in the private sector. Unless they don’t.

Our friend Matt Elliott over at Ford For Toronto today wrote about how Mayor Ford should be luxuriating in the spotlight (our words not his) with his handling of Toronto’s labour situation. Deals signed with very little disruption so far, ‘phenomenal news’, according to the mayor, that gives the city flexibility. 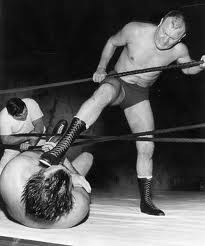 Flexibility to reduce the work force, to outsource jobs to the private sector, to start respecting the taxpayers.

No doubt this is exactly what Mayor Ford campaigned on, probably even more so than his promise to build subways. He was elected to bring unionized city workers to heel. Punch them in the face, bust their unions preferably. So that we would never have to endure the horrors of another summer garbage strike. Ever.

They need to get a taste of what the real world’s like out there. They need their own recession. Recovery starts from the bottom and our public workers haven’t hit there yet.

This entry was posted on Thursday, March 29th, 2012 at 12:24 pm and is filed under CBC, City Building, Elections 2010, Municipal Politics, Newspapers, Press coverage, Privatization, Race 4 Mayor, Toronto Star. You can follow any responses to this entry through the RSS 2.0 feed. You can leave a response, or trackback from your own site.

3 Responses to We Really Going Down This Path?