Giving It Up For Lent

He sat down across from me looking, I don’t know, penitent? It was quite unlike him. So I asked what was up. 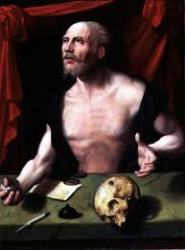 That was doubly unlike him. Acaphlegmic was many things but a religious man was not one of them. This needed further exploring.

“Yes. The 40 weekdays from Ash Wednesday until Easter obser—“

“I know what Lent is. But I’m finding it hard to—Wait a second. Weekdays? You mean, you get weekends off for Lent?”

“And what exactly have you given up for 40 weekdays?”

Given Acaphlegmic hadn’t been around these parts in months, hadn’t contributed anything to these pages in eons, I hardly imagined this to be a difficult sacrifice for him.

“It’s a big wide world out there, bucko. You’re hardly the only game in town. Politics has been front and centre for me.

Up here and in here.”

He pointed to his head and heart, just in case you were wondering. What kind of sacrifice would it be to give up politics for 40 days? Forty weekdays, no less. I mean, nothing much happens over the weekend in politics. At least before the mayor and his brother took over a certain radio show. I waved Acaphlegmic off.

“Walk away from all this,” Acaphlegmic gestured to the underwhelming room we sat in. “Turn off the computer. Toss away the smart thingie. Shelve the iMajiggy. Pay not one iota of attention to politics at any level.”

He sat back in his chair and looked at me, smugly I think it was. I detest when he does that. If anyone has a reason to be less smug at me than Acaphlegmic, I haven’t met them yet.

Rather than elevate the conservation further with a ‘Yeah, it is’ or a ‘Damn straight, yo’, I just stared at him, making little twitchy faces to signal my complete and utter disregard.

This went on for a little while before I came to the conclusion Acaphlegmic simply wasn’t getting my point. 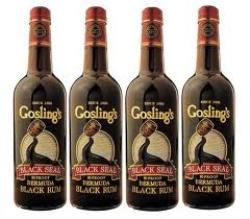 “Like what am I supposed to do? Just walk away? Not work? Not read the newspapers? Listen to the radio? What? It’s stupid.”

Acaphlegmic reached into his coat and pulled out a bottle of Gosling’s rum from a rather large breast pocket I’m guessing and set it down on the desk in front of me as if it was the answer to all my questions. Certainly it wrapped up quite a few of them nicely but not all. Besides, even though I was not the devout type, there was nothing Lent like about it.

“Hardly what the god lord had in mind when he called for sacrifice and penitence, wouldn’t you say?”

“I’m not even asking for 40 days. Just between now and Easter. Turn off. Tune out. Drop it all. For just a week. Seven days. I don’t think you can do it.”

Off course I could. It’s not like I haven’t been known to check out from the scene without good things happening for the city too, I might add.

I am, however, a sucker for a dare. But this was Acaphlegmic we’re talking about. A bottle of rum never ever meant just a bottle of rum. It always leads to something much more… involved, let’s just say. Like that time I sat down for one dark and stormy with him, one, and wound up coming to while reading Herman Melville’s ‘Billy Budd’ to a bunch of rapt or dozing senior citizens in community centre in Kenora.

Lent? Hardly. No good could come from it.

“No good could come from it,” I told him.

“I knew you could never do it. Not in a million Lents.”

Like I said, I’m not one to turn down a dare especially from the likes of Acaphlegmic, and give him the satisfaction. Besides, like he said, it’s a Lent thing. A quarter Lent thing really.

So if you don’t hear from me for a week — or if you do and it makes absolutely no sense — you’ll know why. The last few days of Lent got totally out of control.

This entry was posted on Friday, March 30th, 2012 at 10:32 am and is filed under On The Road. You can follow any responses to this entry through the RSS 2.0 feed. You can leave a response, or trackback from your own site.

4 Responses to Giving It Up For Lent