You Can Have Your Subway, Sir. But It’ll Cost You.

Pssst. Residents of Scarborough. You’re not falling for it, are you? He’s the Little Engine That Could. Mayor Ford (Secretly) Loves Transit City.

This story is so fucking messy and convoluted, 2 parts farce and 1 part tragedy, I don’t even know where to begin. It’s all stop, start. A good idea followed by a dud but then upon reflection, hey, that’s not too bad either. 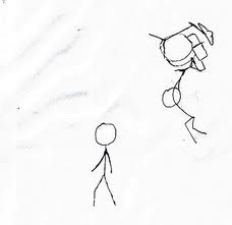 To paraphrase Gordon Chong, I have to confess that over the last few moments I have gone from optimism to deflation about this post but now I’m back on track.

Unlike transit planning in Toronto. Ba-dum-tsssh! I got a million of them, folks.

Watching Mayor Ford’s Scarborough press conference yesterday where he basically announced he would be no longer listening to his handpicked TTC chair, I couldn’t help wonder just how much gullibility remained in the pool of support Scarborough residents had toward the mayor. The former east side municipality showed a lot of love for candidate Ford in the 2010 municipal election, voting overwhelmingly for him. While such heady numbers have slipped in recent opinion polls, the mayor is still more popular in Scarborough than anywhere else in the city.

Despite reneging on at least one of his major campaign platforms (“No Service Cuts. Guaranteed.”) that has hit Scarborough particularly hard, Mayor Ford was there with his Grey Cup, just one of you folks’ football jacket to express solidarity with his peeps and let them know that he would not fail them on the matter of subways. He said he would rid their streets of the scourge of streetcars, and that’s what he was going to do. Subways were the only way to go, the only form of rapid transit according to the mayor. So burying all the Eglinton LRT was the only sensible, reasonable thing to do.

And with all the savings that wouldn’t be seen doing that, he would build the fine taxpayers of Scarborough a real, honest to god subway by extending the Sheppard subway east to the Scarborough Town Centre. 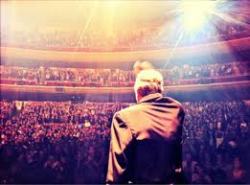 I love you, Scarborough! Thank you and g’night!

Before all the sceptics out there could finish their first eye roll and mumble something about pixie dust, Mayor Ford had the hard facts to prove that his transportation plan was ‘doable’. Excerpts from the long awaited report from former councillor and both TTC and GO Transit vice-chair, Gordon Chong, began leaking out. Hells yeah, we can build the Sheppard subway extension. The private sector was chomping at the bit to get the party started. They might even pony up as much as 50, 60% of the cost in return for three to decades of air rights and such. Come on. What are you waiting for?

That only leaves, what, 40-50% left over for the city to pick up since the province has washed its hands off any involvement in a Sheppard subway. No problem, right? We’ll just start levying tolls, congestion fees, hiking parking rates, maybe get us some municipal sales taxing powers.

Wait, what? Where the hell did all that come from? Isn’t that kind of talk a little, I don’t know, war-y on the car? I thought that had been declared over and done with.

Now, don’t get me wrong. I would love to have that conversation but if we’re going down that road (or tunnelling under it to reduce the traffic), it changes everything. LRTs versus subways, where and how many. It’s, what do they call it? 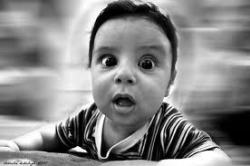 If the mayor really wants to open that discussion, I’m all ears. But until he does, until he comes right out and says, yeah, I’m willing to talk about road tolls, then Gordon Chong’s report is an absolute non-starter, meaningless, not worth the paper it’s written on and certainly not worth the money paid to Mr. Chong to write it.

And how exactly does Mayor Ford approach that subject? Remember when he told us the city didn’t have a revenue problem, it had a spending problem? Remember how he championed the removal of the vehicle registration tax? Remember?

Now he’s going to turn around and try to persuade all those he’d convinced on the campaign trail that they were over-taxed and under-serviced that if they really wanted that subway he promised wouldn’t cost them an extra cent, well, they were going to have to chip in a little more to help out. And oh how they will look back on those wistful, innocent days of paying the VRT, and laugh and laugh at how they’d been fooled into believing the city didn’t have a revenue problem. Your basic case of lying to Peter to pay Paul.

But what’s the alternative for the mayor? Rejecting the notion of any additional revenue generation from private vehicle use leaves him with no ability to pay for a Sheppard subway extension into his beloved Scarborough.

That means all he’s accomplished is unnecessarily burying the eastern portion of the Eglinton LRT while depriving many of the neighbourhoods of additional new transit lines.

At which point, many transit users in Scarborough would be right in asking, so why bury the Eglinton LRT? It won’t be the first time the question’s been asked. Certainly it’s one Councillor Karen Stintz, the TTC chair, wondered out loud. By any measure, Mayor Ford’s transportation plan without at least the eastward Sheppard subway extension amounts to less new public transit for Scarborough. No road tolls, congestion fees etc. means no Sheppard subway. There’s no getting around that fact.

And if the mayor can’t guarantee Scarborough anything other than a buried Eglinton LRT isn’t resurrecting Transit City from the dead the next logical step? Hey. It ain’t subways but it’s a whole shit load better than what’s there now, folks.

This is what you might refer to as being between a rock and a hard place for the mayor. By building a subway, he’s going to have to find a way to re-define the so-called war on cars. Failing that, he faces becoming the poster boy for a transit plan he unilaterally tried to kill, doing what its supporters failed to do properly way back when. Promoting and championing it as a doable, more affordable way to get better transit to those lacking it. 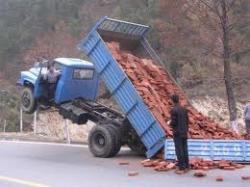 This entry was posted on Thursday, February 2nd, 2012 at 1:13 pm and is filed under City Building, City Council, Elections 2010, Metrolinx, Municipal Politics, Newspapers, Press coverage, Provincial Politics, Race 4 Mayor, The Globe and Mail, The Toronto Sun, TTC. You can follow any responses to this entry through the RSS 2.0 feed. You can leave a response, or trackback from your own site.

3 Responses to You Can Have Your Subway, Sir. But It’ll Cost You.