So, in light of the growing pushback at the announced TTC service cuts scheduled for January, it seems Team Ford is angling to redefine what is meant by the word ‘cut’.

For good reason too since the mayor made that promise way back when about guaranteeing no service cuts while reigning in spending. Oops. Best now to try and massage the concept of what is and isn’t a cut.

In a Facebook update yesterday, the mayor (or someone in his office) wrote:  Recently in the news there has been some discussion about the TTC – let me assure you, no TTC routes are being cut.  The TTC is implementing service level modifications which will have minimal impact on your bus schedules.  Some service will be added to routes in January.

It’s true. No TTC routes are being cut. Instead transit riders are facing ‘service level modifications’ which, in terms of schedule minutes and seconds, do indeed seem ‘minimal.’ On paper. But reading Steve Munro over at the Torontoist on Friday, in real life this will quickly add up. “Who could object to waiting a mere 30 seconds more for their bus?” Munro writes. “On 54 Lawrence East, the morning rush service will change from every three minutes to every three and a half minutes. How dare riders complain about so small a change? But what this actually means for a busy, already overcrowded route is that instead of 20 buses per hour, riders will get only 17. Three busloads of passengers will have to cram into what’s left on the street.” Add to this, increased times to load and unload passengers and the concept of ‘minimal impact’ is certifiably laughable.

No matter how much the mayor and his people try to spin it, his 10% proposed budget cut to all… err, some departments will most definitely translate into cuts in service. Even the proclaimed added service on some TTC routes will be awash in a sea of reduction. Cuts. Decreases. Declines.

That is not what swept Rob Ford to power.

What’s more unbelievable is just how arbitrary it all is. This call for a 10% departmental budget decrease (selectively applied by the mayor’s whims and fancies) is entirely made up with no facts or figures to back up the reasoning. TTC ridership is expected to top 500 million rides next year, a record. And it’s met with a decrease in service? It makes no sense and points to nothing short of gross mismanagement on the mayor’s part and those councillors doing his bidding on the TTC board.

And once again, it’s a decision made by fiat. Mayor Ford declares it. His TTC chair, Karen Stintz, backs it. The TTC implements it. All without any debate or vote at council. A fait accompli. A done deal. Print it. That’s a wrap.

In an article on Friday, the Toronto Star’s Royson James said that “TTC users need a crusader to battle these cuts’. That sure would help but time is of the essence. Actually, TTC users can conduct the crusade against the cuts themselves. Call, write their councillors, let them know this will not stand. Here’s a list of the Team Ford members on the TTC board who should hear from you first: 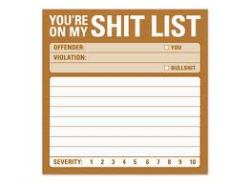 Mayor Ford is using his bully pulpit to ram through these TTC cuts in service (and that’s exactly what they are) as if he needs no input from his city council. That’s only true if half of those on council allow themselves to be steamrolled in that familiar fashion. Use your voice and weight to let them know it would be advisable for them not to cave in to the mayor’s hubris again.

This entry was posted on Sunday, November 27th, 2011 at 4:07 pm and is filed under Budget, City Building, City Council, Elections 2010, Municipal Politics, Newspapers, Press coverage, Race 4 Mayor, Toronto Star, TTC. You can follow any responses to this entry through the RSS 2.0 feed. You can leave a response, or trackback from your own site.