There’s not much I can add to the discussion about this week’s decision by the Public Works Committee to kill the Fort York pedestrian bridge that hasn’t been already said more fully and completely by Derek Flack at blogTO and Ford For Toronto’s Matt Elliott. 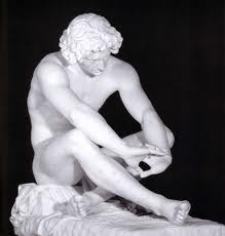 Except maybe to introduce a new word to the English language. Derived from a combination of despair and anger that has become the prevalent mood here in Toronto during the Mayor Rob Ford era. Angair? Desger? Despanger? (Try it with a French pronunciation. Day-PAN-jay.)

How many times and ways can we talk about myopia and short-sightedness? Pennywise and poundfoolishness. The stunted notion of ‘core services’ being seen as little more than roads and sewers and not the wider, longer view of all round liveability.

That the public face of the move to kill the bridge is Councillor David Shiner comes as no surprise. He is part of the core group of Team Ford whose prime motivating factor seems to be, even more than simple political ideology, exacting revenge on anyone or anything from the Miller administration for excluding them from positions of power or influence. Once the mighty budget chief under Mel Lastman, Councillor Shiner was reduced to outsider status during the David Miller years, and somebody has to pay for that slight.

He couldn’t really have bagged a bigger prize, either, than the Fort York bridge. Not a big ticket item money-wise (less than the revenue the city won’t see from the decision to repeal the VRT),

it was the baby of Ward 19’s former councillor and Miller’s Deputy Mayor, Joe Pantalone.  ‘An attack on taxpayers’, Councillor Shiner called the bridge and its ‘fancy’ design. Fancy’s the old way of doing things at City Hall. Austerity (in both mind and matter) is the new fancy.

What’s especially rich about Councillor Shiner’s demand for more financial accountability in somebody else’s ward is that he’s one of the beneficiaries of perhaps the biggest boondoggle… I mean, investment in future development… in recent memory:  the Sheppard subway line. Running through a bottom slice of his Ward 24, we have recently heard the councillor get up and defend the mayor’s plan to extend the subway, extolling ‘the subway to nowhere’’s contribution to a construction boom along its corridor. An argument some have made about the Fort York bridge. Its fancy design would help spur interesting investment around it much more than a Gardiner Expressway version of it might.

It’s also interesting to note that in justifying his decision Councillor Shiner said, “… just think about what that $23 million could do for bridge rehab, for road repair; think of the community centres it could fix up, of the children’s services and child care centres it could provide.”

I believe that this is the same councillor who back a few months during the budget debate, grilled a representative from the Toronto Public Library about switching projects after money had been specifically allocated even if timelines and preparedness dictated a strategic change. Doesn’t his rationale about using possible savings from a scaled back version of the bridge on more pressing needs use the same kind of reasoning he dismissed on the part of TPL?

While I’m sure impossible to track, it would be interesting to see how much of any savings that might arise from a new, modified bridge construction Councillor Shriner will then fight to spend on infrastructure upgrades, community centres and child care. Colour me sceptical (which is more or less teal-like) that’ll be the case.

Instead, I see whatever money there is being flushed down the sinkhole created by tax cuts and freezes, and the fundamental ill-will the conservative faction at City Hall bear toward generating revenue.

The fate of the Fort York bridge is the inevitable outcome that arises when politicians elected on a platform of respecting taxpayers not citizens gain power. There’s no bigger picture outside the bottom line. Why do anything special or fancy when it can be done for less money? Imagine the oodles of dough saved for Paris way back when if Napolean III told Baron Haussmann that his plans were all pretty and such but let’s scale it back a little, shall we. Why build a stage with a Frank Gehry proscenium arch (to use an example from one of the mayor’s favourite cities, Chicago) when a concrete band shell would work just as well?

This entry was posted on Friday, April 29th, 2011 at 1:02 pm and is filed under Biking, City Building, City Council, Municipal Politics, Newspapers, Press coverage, Renovations and Remodeling, The Toronto Sun, Toronto Star. You can follow any responses to this entry through the RSS 2.0 feed. You can leave a response, or trackback from your own site.