The Short Drive From Etobicoke To Brampton

Fealty to ideology above all else.

What other explanation is there for Mayor Rob Ford finally wading into the federal campaign to endorse Stephen Harper? 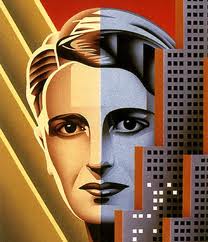 “Folks, so many people said: ‘Rob, why are you getting involved, you’re supposed to be non-political,’” said Ford at a Tory rally in Brampton last night. Umm, what? Who ever told the mayor he should be non-political during the federal campaign? In fact, there was an early push to get him to speak up for urban issues like the mayor of Calgary, Naheed Nenshi, was doing. I think what Mayor Ford is mixing up is political with partisan. But that’s pretty well par for the course.

The bigger question though is what the fuck the mayor was doing endorsing Harper in Brampton? I know that in his part of Etobicoke area codes may be 416 but hearts and minds pine for the 905. As Matt Elliott pointed yesterday in Ford For Toronto, Conservatives in 905 “… seem crazy for Rob Ford and the “stop the gravy train” stuff…”. (Think the line in Sweet Home Alabama, ‘In Birmingham they love the guv-ner’ and sing ‘In 905 they love the may-yore’. Kind of creepily fits, doesn’t it?) And federal Conservative hopes are pinned in ridings in that part of th 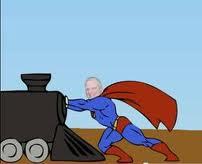 e GTA, so it makes sense from their end to have Mayor Ford pimping for them. What exactly does the mayor get in return, though?

So the Conservatives snag some suburban seats, enough even to secure a majority government, and if Mayor Ford is seen to have assisted in it, how is that going to help the city of Toronto? Newly installed 905 MPs, working for a government that has no urban agenda, are going to expend political capital fighting to help an NDP orange/Liberal red Toronto? I see a whole world of animosity not co-operation.

Maybe the mayor does too and that’s part of the motivation on his part to get involved. More anti-government crusading conservatives at the levers of power help create a wave of anti-tax and spending. Hey. If the federal government isn’t going to help out with social housing or immigration settlement costs, there’s nothing we can do. My heart bleeds for you but my hands are tied, folks.

And if the mayor’s magic doesn’t work in the 905 like it did last fall in 416, and Ford Nation fails to sweep through the greater GTA? 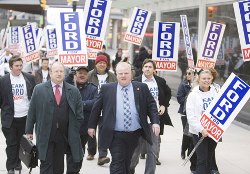 Well, no harm, no foul. I’m mean, he’s the mayor of Toronto after all not Brampton or Mississauga. He pitched in to help, even in the face of giving his own city the finger. So you can’t say he didn’t try.

Which may explain why the mayor didn’t insist on the Conservative leader coming right into town, at least once during the campaign. (A sidebar, yer honour? Wouldn’t you be a little offended if, as a mayor of a city, either offering up help or being asked for help during an election, and you didn’t even get the courtesy of a visit to your city? Might you not take that as a slight?) With apparently a couple seats in play here in Toronto, including Eglinton-Lawrence and right on the mayor’s turf of Etobicoke Centre, you’d think Mayor Ford would rally the troops there, in the alleged heart of Ford Nation. Imagine the coup of handing even one 416 seat to the Conservatives. How could that not count as a solid with expectations for an I Owe You One?

That’s the best case scenario for the mayor however, although perhaps not for the citizens of Toronto. Imagine the possible horror that might be inflicted upon us with a newly elected Stephen Harper owing Mayor Ford a favour. 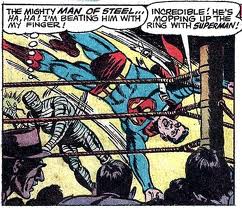 But what if the mayor threw his support for Harper at a gathering in his own backyard and didn’t deliver the goods on election day? The vaunted Ford Nation was powerless to turn the town Conservative blue. Might that be a sign that the Nation is no longer so vaunted? That maybe the mayor’s victory last fall wasn’t so much a trend as it was a one-off; a fluke of timing and circumstance rather than a country embracing its far-right, conservative roots.

Publicly backing the Conservatives right here in Toronto and having voters in the city ignore him might take a little swagger out of the mayor’s step and the mayor is nothing without his swagger. He couldn’t risk losing that but somehow still couldn’t refrain from stepping from the sidelines and wading into the federal fray despite there being no discernible upside for the city he purports to lead. The important takeaway message from that is to realize exactly where Mayor Ford’s interests lay. It’s all about self not about city. 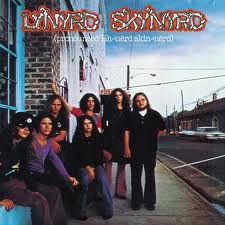 This entry was posted on Saturday, April 30th, 2011 at 8:00 pm and is filed under Federal Election 2011, Municipal Politics, Newspapers, Press coverage, Toronto Star. You can follow any responses to this entry through the RSS 2.0 feed. You can leave a response, or trackback from your own site.

2 Responses to The Short Drive From Etobicoke To Brampton