Who Wouldn’t Want A Casino?

I joked about this on the Twitter last week. Probably wasn’t the first one. Definitely not the last.

But now it seems to deserve more than the 140 character treatment as, zombie-like, it’s an idea, a dumb idea, a highly unoriginal idea that just won’t die.

If a casino’s so fucking smart, how come suburban councillors are so fucking dead set against having one in their ward? Never does a council or committee meeting go by when we don’t hear the whine from the likes of councillor Mammoliti or Nunziata or Ford about how downtown gets everything and the suburbs get stiffed. Hey, folks. Here’s your chance. Step right up and claim your casino.

Remember The Great Sheppard Subway Struggle of 2012? Sure you do. Scarborough councillors Ainslie, Berardinetti, Crawford, Del Grande, Kelly and Thompson all demanded that Scarborough residents get what downtown had, subways not no stinkin’ streetcars. They weren’t second class citizens. They deserved first class transit.

Well, where  are they all now? You want something downtown doesn’t have? Here, take the casino. Please. There’s some waterfront out there in your neck of the woods, isn’t there? Stick the casino there, why don’t you.

I heard Budget Chief Del Grande on the news this morning, suggesting that the old city of Toronto’s inability to say no is a source of the city’s money woes. Well, here you go, Mr. Budget Chief. Downtown’s finally saying no to a casino. Maybe Ward 39 would like to take it off our hands.

For the casinos biggest supporters, it’s a really good idea in someone else’s ward.

Just like transit planning. As John McGrath wrote about the commissioner of Los Angeles transit, Richard Katz’s seminar yesterday, “…everyone wants a transit solution that other people use.” Or development planning. John tweeted from today’s Toronto-East York Community Council meeting (he’s everywhere, that John McGrath): Councillor [Pam] McConnell, speaking for every deputant against height ever: “This is a beautiful design, for somewhere else.”

Everybody wants the upside — Yeah, whatever. That’s for another post — of a casino, the benefits but none of the headaches. Parking and congestion. Down-and-out gamblers.

A Jeff Foxworthy crowd streaming out into the streets, looking for a post-show nosh at a Cracker Barrel.

If I wanted a fucking casino in my neighbourhood, I’d move fucking downtown!

It’s almost as if these councillors all know a casino is little more than a dog and pony show, it’s not really going to contribute much to city’s bottom line but it’s a great way to stick to downtowners. Ohhh, they’re gonna hate this! Like they did tearing up the Jarvis bike lanes, de-fancifying the Fort York bridge and making threatening noises about the Portlands.

In his Metro article today, Matt Elliott pointed out that one of the mayoral campaign platforms of Rob Ford was to give “…more power to local community councils to make neighbourhood decisions.” Instead, we’ve seen a whole lot of imposing their will upon others by Team Ford. Might I suggest that for some of the more vocal, pushy ones, they take a little more time to tend to their own garden, gussy up their own respective wards. That way, perhaps, in the future we won’t have to listen to their bellyaching, complaining how they never get anything.

How about starting with a casino? 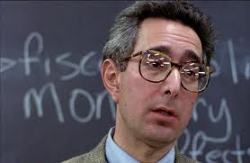