I pretty much had the story already written in my head as I was making my way out to the state of T.O. transit planning public meeting at the Scarborough Civic Centre last night. 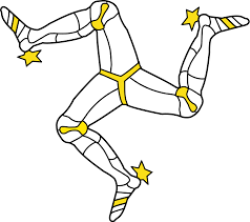 It would be full of beautiful symmetry with a healthy dollop of delicious irony. The last time I had made the trek for the same purpose, back in 2012, just after then mayor Rob Ford had lost control of the transit file, the gathering descended into a verbal melee with then TTC chair Karen Stintz the brunt of much yelling and abuse. Gordon Chong, one of the evening’s panelists, asked her (very rhetorically) if she was ‘thick’. A woman near where I was sitting, outside of the council chambers, just kept yelling, “Where is your plan, Karen? Where is your plan?!”

Oh, Councillor Stintz had a plan alright. It just didn’t pan out very well. For anyone concerned.

With the news coming out a couple days ago, just ahead of last night’s meeting, of possible home and property expropriations as part of the emerging preferred staff route for the one-stop Scarborough subway along McCowan Road, I thought, this’ll be perfect.

Same place, same subject, 4 years later. Only this time around, the crowd will be screaming against subways! Just like a Simpson’s episode.

Alas, reality does not always break like you hope it would. Probably a good thing, in the end. The reality in my head sometimes even scares me.

While last night’s meeting had feisty spikes from the packed crowd, it felt more discouraged and disgruntled than angry. In no way could I describe the vibe as anti-subway. There were just problems with this proposed subway alignment. Why just one stop now? Why not 2? There seemed to be significant support for keeping a Lawrence stop. Or converting the whole thing to an articulated electric bus network since projected ridership for the subway proposal seems to diminish with each iteration.

It would be easy to just throw up your hands and shake your head, writing off such mob mentality. The issue of expropriation only really flared up after the formal staff presentation and questions from the audience when a man start shouting at Councillor Paul Ainslie, demanding to know if he’s ever had his property expropriated. 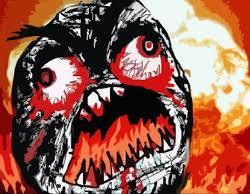 Yeah, that Councillor Ainslie. The only Scarborough councillor to hold steady against the building of a subway.

The man should’ve been shouting at another Scarborough councillor, Glenn De Baeremaeker, who was holding court just a few feet away, brushing aside questions of the low projected ridership for his pet project with a glib list of subway stops with even lower ridership numbers. Should we close them too? Why do ridership numbers only matter in Scarborough? It’s only fair. North York has X number of subway stops. Scarborough deserves more to even out the score.

We are currently experiencing a catastrophic failure of political leadership with the transit failure. It didn’t start with Rob Ford, or did it end with him. Glenn De Baeremaeker has become an abhorrent local representative with his subway mania. Karen Stintz gambled a mayoral run on championing a Scarborough subway instead of a sensible transit plan. The current mayor, John Tory, tossed in his own little bit of nonsense, SmartTrack, which, as staff admitted last night,

is pushing the proposed subway alignment further east than it probably should be, possibly contributing to deflated ridership numbers and bringing up the spectre of expropriations.

And the provincial Liberal government, supposedly the adults in the room, have only helped fan the flames of divisiveness, resentment and bad transit planning. Many of their Scarborough MPPs were former city councillors, and they have drawn a line in the sand. Give them a subway or give them death! Mitzi Hunter was elected to Queen’s Park, touting her credentials as the Subway Champion.

The problem is, the numbers don’t support a subway. They never have. The Scarborough subway is purely political. It’s proven to be great policy for getting elected but a terrible one for getting people around.

None of this is news or any sort of revelation. The public hunger for a subway and their anger directed at any public official who seemed to be standing in the way of it was understandable when the debate was still theoretical.

Subway versus LRT. But as the studies progress and the numbers continue to roll in showing just how bad an idea building the Scarborough subway extension really is, anger turns to frustration and dismay. Why is this taking so long? Just build something already. Wait, not there. That doesn’t make any sense.

That’s a different kind of symmetry than I originally envisioned. It does, however, follow its own logical arc. Hope becoming cynicism with the eventual realization that politicians are pursuing policies that benefit their own self-interests not those of the wider public.

This entry was posted on Wednesday, June 1st, 2016 at 12:45 pm and is filed under City Building, City Council, Elections 2010, Elections 2014, Municipal Politics, Newspapers, Press coverage, Race 4 Mayor, Toronto Star, TTC. You can follow any responses to this entry through the RSS 2.0 feed. You can leave a response, or trackback from your own site.

One Response to A Sad Symmetry