At a press conference yesterday (a ‘press avail’ in journalese), Mayor Tory announced that progress had been made in reducing the 2016 police budget.

Of course, when it comes to the police budget, reduced actually means less of an increase. So, an original ask of 5.8% knocked down to 2.76% works out to be a decrease in the police budget. It’s what we call ‘progress’!

The day before, on Monday, the TTC budget committee met, and in discussions about proposed waterfront transit projects, seemed ‘resigned’, in the words of the Globe and Mail’s Transportation writer, Oliver Moore, to some sort of people moving walkway linking Union Station to Queen’s Quay. Yeah, an escalator rather an actual vehicular link like the one that was favoured here, way back in 2013 (h/t Matt Elliot). Why? A serious lack of capital funds. No money.

Public transit budgets keep growing too but not enough to accommodate the increasing ridership numbers that continue to go up despite a less than optimal service, let’s call it.

To be sure, this isn’t all on him. He’s only officially held the office for some 11 months. Bloated police and insufficient public transit budgets most definitely preceded him.

But the mayor wears this current Police Services Board. The former chair, Alok Mukherjee, left the position before his term was up, and replaced by the mayor’s buddy and former chief of staff, Andy Pringle. Upon assuming office, Mayor Tory dumped the only black member on the TPSB, Councillor Michael Thompson, and took his spot on the board. The new police chief, Mark Saunders, is his choice.

So, yeah. The 2016 police budget belongs to Mayor Tory.

And as the TTC struggles to maintain proper levels of service and plan future transit projects, Mayor Tory has dropped a huge turd into the proceedings, his election campaign ready SmartTrack. 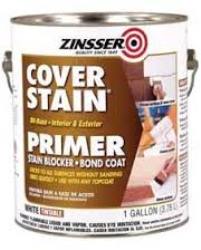 Draining money and time resources from city and TTC staff, the plan is no less fuzzy and ill-formed than it was when it was pitched for votes some 18 months ago. Reports on it have been delayed. Ridership models adapted to work it. There’s no lid tight enough to contain the stink coming from the project.

None of his gestures toward the TTC, bus service bumped back up to 2011 levels, free transit for the kids, are making any dent in the pressures weighing down on the system. So the ongoing problems facing public transit in this city are now Mayor Tory’s problems.

Is there any reason to believe that he’s up to the task of dealing with them?

His full on commitment to seeing SmartTrack through, regardless, seems nothing but self-serving, an eye solely on re-election in 2018 rather than improving transit for the city. He’s spent much more of his political capital (not to say a lot of the city’s actual capital) catering to the perceived needs of drivers, speeding up repairs on expressways, keeping others elevated for absolutely no reason aside from optics. Being modestly more transit-friendly than the previous administration in no way should be perceived as being any less car-friendly.

On the policing front, Mayor Tory’s wading in to the carding issue was a complete and utter fiasco. He got bailed out temporarily by the province who redirected the focus onto themselves as they figure out how to try and reconfigure regulations.

His TPSB chair dropped the ball on a KPMG report on police budgeting that’s been on or near the table (depending on who you believe) for nearly a year now. Chair Pringle, in responding to questions about why the report hadn’t been made public yet, referred to it as an ‘internal think document’. “Random suggestions aren’t necessarily something that we report back on,” the chair said.

Mayor Tory has subsequently suggested the KPMG report be made public but not in time to have any impact on this year’s police budget. A budget that will be increasing again despite how the mayor’s office tries to spin it. An increase is an increase no matter how small an increase it is.

Given the current crisis level climate in the city toward its police services, with the laughably light penalty given to the only office convicted of a G20-related crime and the ongoing trial of Constable James Forcillo in the shooting death of Sammy Yatim, Mayor Tory’s not rock the boat approach seems wholly inadequate. The additional strain of his SmartTrack plan on an already over-stressed transit system is the exact opposite. Unnecessarily burdensome in a white elephant kind of way.

This is a mayor completely tone deaf to the reality of the city he was elected to lead. He preaches steady stewardship but practices little of it.

Timid when he needs to be bold. Heavy-handed when required to be conciliatory. Wanting to be everything to everybody, Mayor Tory is proving to be nothing to anyone.

If the Ford Administration was a reaction to the instability Toronto now faces, brought about by unequal access to income, mobility, opportunity, Mayor Tory’s soothing can-do cheerleading in no way addresses that instability. It doesn’t even provide a band aid. It’s the blank, toothless smile of a nothing to see here sensibility that focuses all its energy looking back over its shoulder instead of at the rocky road ahead.

This entry was posted on Wednesday, November 11th, 2015 at 12:25 pm and is filed under City Building, City Council, Municipal Politics, Newspapers, Press coverage, Public transit, The Globe and Mail, Toronto Police Services, Toronto Star, TTC. You can follow any responses to this entry through the RSS 2.0 feed. You can leave a response, or trackback from your own site.

One Response to Benign Neglect Is Still Neglect