… And Speaking Of Resigning

Think there’s no party politics at play at the municipal level? Look around at what’s going on at City Hall right now, folks.

Tell me we aren’t awash in one great big Pity Party.

According to the mayor’s councillor-brother-campaign manager, there’s a “full out jihad” against the Fords now in response to yet another complaint registered with the integrity commissioner, this time about Councillor Ford’s comments made about autistic kids under care at the Griffin Centre. This jihad comes on top of the media jihad that’s been waged upon the mayor since his planned triumphant return from rehab this week.

Not to be outdone in this woe-is-me parade (never to be outdone when it comes to grandstanding), Councillor Giorgio Mammoliti wants everyone to know that he was sick, very, very, gravely ill, so, you know, don’t be pointing the finger at him about some ‘illegal fundraiser’ as alleged by an obviously ‘unfair and biased’ Integrity Commissioner, Janet Leiper, yesterday.

“How can anyone have done anything wrong that was in a hospital bed with his head carved open?”

If there was some improper, shady shit going on in terms of this so-called ‘illegal fundraiser’ – and that’s a big ‘if’ since the integrity commissioner is obviously out to get Councillor Mammoliti as she is always, always ‘breathing down his throat’ – he’s blameless due to medical reasons.  “Some short term memory loss during this period of time.” “I can barely remember any of it.”

The claim, as full of holes and leaky as it is, might hold some water if this was the councillor’s first ethical lapse in judgement.

I don’t know. The surgeon must have cut out the moral compass of my brain! But it isn’t. Giorgio Mammoliti has come under scrutiny for at least a couple other violations. He’s currently in court facing campaign finance irregularities. There’s the below market value rent he’s received for an apartment owned by a company that does business with the city. Never mind the illegal re-election signs that have popped up.

That’s just this term alone. Let’s not forget the oldie but goodie from way back when the councillor got the city to pay his legal defense against a challenge of his campaign financing in 2006. So either, the thing that was wrong with Councillor Mammoliti’s head was long term and slow growing or the guy simply operates under the premise that The. Rules. Apply. To. Other. People.

Perhaps the most egregious bit of conduct the Integrity Commissioner laid at the councillor’s feet in her report was his accepting of $80,000 from the fundraiser that was attended by lobbyists and companies doing business with city.

Even if he was non compos mentis at the time, wasn’t there anybody surrounding the man, family, friends, staff not busy planning the event on the city dime, who thought such a gift might be, I don’t know, a little out of bounds? I’m not a politician, Councillor Mammoliti, but accepting money while you’re in office seems… not quite right. Especially when it’s from people who might benefit from such a transaction with an elected official.

And here’s the real kick in the nuts to any and every right-thinking resident of Toronto (and beyond). Even if the integrity commissioner’s recommendations are adopted by city council and Councillor Mammoliti is docked 3 months pay, 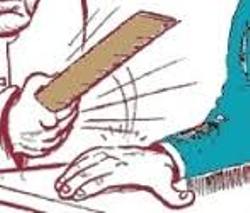 the maximum penalty that can be dealt out to him by the city, he’d still walk away with over $50,000 in his pocket. Money paid to him by registered lobbyists and companies doing business with the city.

“This is as offside as you get when you come to a code of conduct violation,” said Brian Iler, the lawyer who brought the original complaint to the integrity commissioner.

Is it any wonder politicians like Giorgio Mammoliti and Rob Ford continue to disregard the rules put in place to ensure ethical behaviour from our elected officials? Why wouldn’t you if you can still come out ahead of the game. It’s a twisted realm of thinking that, if there are no deterrents to your questionable conduct, if there are no tangible repercussions to your actions, like jail time or being chased from office, then clearly, you did nothing wrong. If you did, where’s the appropriate punishment? 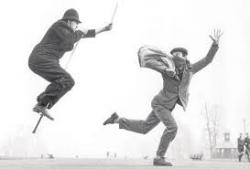 The system as it’s currently set up at the municipal level may not exactly encourage bad behaviour. I can confidently declare that ethical, upstanding councillors heavily outnumber those who aren’t. Those so inclined to disregard the rules, however, are hardly dissuaded from doing exactly that. Ethics preferred but not required should go with the job description. Cheaters sometimes prosper.

This entry was posted on Friday, July 4th, 2014 at 2:01 pm and is filed under CBC, City Council, Elections 2014, Municipal Politics, Newspapers, Press coverage, Race 4 Mayor, The Toronto Sun, Toronto Star. You can follow any responses to this entry through the RSS 2.0 feed. You can leave a response, or trackback from your own site.

2 Responses to … And Speaking Of Resigning