Whose Tune Are We Dancing To?

Set aside the back and forth debate on any and all ramifications of the island airport expansion and possibility of jets flying in and out of there.

This is not about that. I have opinions for sure. But that’s not what this is about.

Trying not to invoke the language of hyperbole associated with this issue, that’s always seemed to be a part of the discussion surrounding the island airport, I’m searching for more moderate words, less combative declarations and judgments. To state it fair-mindedly and even-handedly. It seems to me… blah, blah, blah Steve Paikin not Christopher Hume sounding.

It seems to me that at the heart of the island expansion and Porter desire to fly jets out of it debate is nothing less than the hijacking by a small gaggle of special interests of our entire democratic system of governance.

“The clock is ticking for Porter Airlines to get a decision on jets at Toronto’s island airport,” Vanessa Lu wrote in the Toronto Star last Friday, “because the airline must soon put down non-refundable deposits on its Bombardier CSeries order.”

“Porter was originally scheduled to make non-refundable payments on its conditional order for 12 of Bombardier’s new CSeries jets in December,” Lu answers, “but won an extension to April.”

April, you say. Like this April? The month that starts next week with, well, wouldn’t you know it, a city council meeting where this item will figure prominently on the agenda?

Why, one might wonder, is the city working to a private company’s timetable? Supporters will point to all the new jobs and wonderful boost to the economy a jet flying, expanded island airport would bring to the city. Unfortunately, those claims are as hard to pin down as most of the others. In his interview with Metro Morning this morning, mayoral candidate John Tory 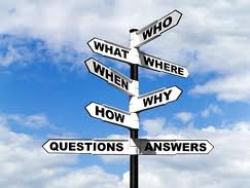 (who assured host Matt Galloway and the CBC audience that he had read the staff report) said there were 45 questions he needed to have answered before he’d give the plan the go-ahead.

None more important to my mind than the design of the extended runway that would be needed to accommodate the jets. A runway extension right smack dab in the harbour. How would it affect other users of the public space? Boaters, waterfront residents and visitors. How would the new extended runway and the takeoff and landing of the jets affect the water front development further east along the donlands?

Maybe not at all. Maybe we wouldn’t even notice. But how can we decide about these things with so many open-ended questions still to be answered?

Well, we know the rush. Porter has to start putting serious cash down on the table, non-refundable cash for its order placed on 12 jets under the assumption, I guess, the airport expansion was a mere formality. Seems there might’ve been some misjudgement of the situation.

Why is that the city’s problem?

Under questioning from members of the Executive Committee last night, Deputy City Manager John Livey was as upfront as a bureaucrat can be expressing his view why the city should simply defer the question until next year when a whole bunch of the unanswered questions, including the new proposed runway design, might be available. Don’t do it. “It would be a very big mistake.”

“I lose leverage, I believe, in the negotiations,” the deputy city manager told the committee. “It would be a very big mistake to do a conditional approval. I think you, as council, would regret having made that decision.”

Yet those pushing hardest for the conditional approval are some of the biggest self-proclaimed fiscal conservatives on city council including Mayor Ford. Looking after every single taxpayer dime, he tells us ad nauseum, but there he was, pushing a motion calling for a conditional approval now. Let’s do this thing. Get `er done!

How exactly is putting the city in a weaker negotiating position going forward in any way fiscally prudent or deemed to be minding the store? 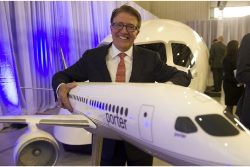 You give a conditional approval, Porter hands over money to Bombardier it can no longer get back, come the time when a decision needs to be made and you don’t like the answers you’ve been giving and turn it down, Porter cries foul! But you said yes!

They’re then out millions and millions of dollars. Who are they looking to make reparations? The city’s been down that road before, has had to uncross that bridge, so to speak.

On top of which, as Councillor Peter Milczyn (the lone dissenter on the Executive Committee from pressing forward with the airport discussion) said on Metro Morning earlier today, there could be as much as $300 million worth of infrastructure upgrades required around the airport terminal at Bathurst and Lakeshore intersection in order to accommodate the airport expansion.

The Toronto Port Authority has already asked senior levels of government for up to $100 million of that.

Why would any city councillor put the interests of one private business ahead of those of the city they were elected to represent? That’s what this debate should be about. The rest of it is just shiny baubles and misdirection, intended to deflect from the real and, quite frankly, disturbing reason we’re having this debate at all.

This entry was posted on Wednesday, March 26th, 2014 at 2:12 pm and is filed under City Building, City Council, Municipal Politics, Newspapers, Press coverage, Toronto Star. You can follow any responses to this entry through the RSS 2.0 feed. You can leave a response, or trackback from your own site.

4 Responses to Whose Tune Are We Dancing To?