It’s difficult to stay positive or upbeat toward our political process after witnessing the latest twist and turn in our perpetually twisting and turning transit file here in Toronto.

Once more politics trumped good planning. Too many of our elected representatives put personal electoral advantage (or fear of electoral retribution) above the best interests of this city, and called it the democratic process.

Not two premiers. Not x number of Transportation Ministers. No opposition leaders or sitting MPPs. 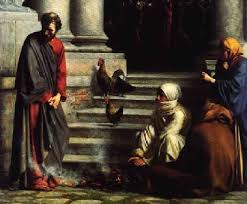 Most certainly not the city’s TTC chair and the very friendly commissioners city council bestowed upon her after the battle to wrest control from the mayor.

To stand up against any of the proposed subway plans for Scarborough that emerged over the course of the last 3 years wasn’t perceived as defending a better plan or good governance. It was smeared as simply anti-mayor or anti-suburb. Facts and data figured little into the debate, easily brushed aside by emotion and resentment.

This is not new. I shouldn’t be surprised. Yet still I am.

Is there any way we can stop such madness from continually infecting political discourse and, ultimately, governance?

Among other things, Josh Fullan is the creator of Maximum City, “a program for high school students that partners experts with teachers in the development and delivery of curriculum in urban design, youth engagement, and civic sustainability.” The idea is to get them interested in local politics (and I’m using that word as broadly as possible) early in order to hook them into a lifetime of engagement and awareness of the issues that will affect their daily lives.

Which would’ve come in handy if more of us had been exposed to the proper functioning of our local government and what it takes for a city to operate properly, equitably and healthily. 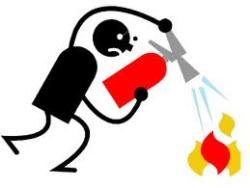 Instead, once again, we were susceptible to the wall of misinformation that tore through the heart of the transit debate. No, LRTs are not simply glorified streetcars. No, speed should not be the key requirement of what type of transit you build. No, your neck of the woods doesn’t deserve one type of transit simply, well, because.

More importantly, an increased civics awareness enables people to get out in front of an issue rather than always fighting a rearguard battle. Knowledge allows people to define ideas and approaches. It’s proactive not reactive.

And let’s face it, this city has been reacting to an all out attack on its institutions since 2010. Defenders have been sluggish, always back on their heels, only counter-punching. Too few of us have the necessary vocabulary to battle what is nothing more than gut appeals and the most basic grunts of parochialism.

That’s something we only have ourselves to blame for. We can rail about the stupidity and willful ignorance of some but it’s on us to figure out how to start making a better case for proper city building.

To do that, we have to know exactly how to go about achieving that.

Using this ‘city as a classroom’, as the article by John Lorinc and Josh Fullan suggests, may be something we don’t just establish for students. It’s time to head back to school for everybody who finds themselves increasingly despondent about the current turn of events in Toronto. Clearly, we’re all a little rusty when it comes to civics.

This entry was posted on Tuesday, September 24th, 2013 at 9:00 am and is filed under City Building, City Council, Municipal Politics, Newspapers, Press coverage, Provincial Politics, Toronto Star, TTC. You can follow any responses to this entry through the RSS 2.0 feed. You can leave a response, or trackback from your own site.

4 Responses to Back To School