The Emptiness of Empty Protests

Those must have been heady political days in the late-60s, early-70s, here in Toronto.

A citizens group forms to stop the move to pave neighbourhoods and put up an expressway. It coalesces into a bunch of reform-minded politicians who take control of City Hall and run it for the next decade or so.

The dream of grassroots activists everywhere!

Faint echoes of such a movement occurred in 2003, with David Miller’s broom representative of sweeping out the cronyism and incompetence that had consumed the Mel Lastman administration. But truthfully, that really only resonated at the mayoral level. The make up of council did not change that much. Thirty incumbents were re-elected. Only four defeated. And of the two new faces entering City Hall, Mike Del Grande and Karen Stintz, would hardly be considered Millerites.

No. The real descendant of the David Crombie-John Sewell municipal populist movement would have to be – gulp! –

Rob Ford. Yes, Rob Ford, dammit. In 2010, not only did he handily win the office of mayor, thumping the outgoing Deputy Mayor in the process, but five incumbents are tossed including the speaker, Sandra Bussin, a couple more are scared into submission with squeaker victories in their respective wards and a majority of the nine other rookie councillors initially falling in line to support the new mayor’s mandate.

Ford Nation, folks. Brimming full of respect for the taxpayers and come to stop the gravy train at City Hall. It’s what a grassroots insurgency looks like in the 21st-century.

But it seems in the intervening 40 years or so between the Crombie-Ford eras the protest portion of populism’s DNA has subsumed the reformist urge. 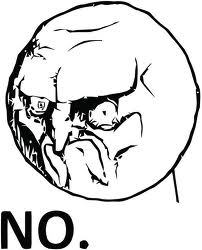 While David Crombie’s CivicAction Party began as a protest against the proposal to bring the Spadina Expressway downtown, it grew into something that actually governed the city.

Now into its third year in power, the Ford Administration shows no similar ability or inclination even. Governing is what professional politicians do. One-note outraged howls of protest are for the self-proclaimed amateurs.

Take a gander at Councillor Doug (Imma Businessman Not A Politician Folks) Ford’s op-ed on proposed transit funding today here and here and here. Or just read one. It’s the same thing spread over three of the city’s four dailies. Go figure.

Or let me summarize for you if you’re pressed for time.

Not a word about alternatives. No other options offered up. 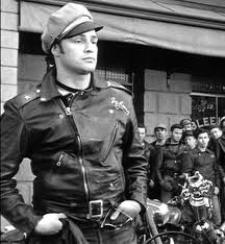 You’d think with all that free press at his disposal, the councillor might use the opportunity to lay out a transit plan that has been lacking for the three years since his brother announced his intentions to run for mayor. A plan?! We don’t need no stinkin’ plan!!

We just say no.

Name an initiative Team Ford has put forth that hasn’t been about cutting or dismantling.

It’s never about building. Theirs is a protest of destruction not construction. The anti-tax foundation on which Ford Nation is built extends to anti-everything. They took the ‘pro’ out of protest. Let’s call it the antitest.

I thought about labelling this movement the Johnny Strablers after Marlon Brando’s character in The Wild One. “Hey Johnny, what are you rebelling against?” Mildred asks. “Whaddya got?” Johnny answers.

But there’s too much retro-cool in that.

The Ford brothers might take it as a compliment.

So I’ll go further back, into the 19th-century, and the nativist Know-Nothing political party. Ford Nation shares quite a bit in common with them but it’s not a perfect fit. So let’s dub them the No-Nothing party. You want new transit? No. Need to open additional shelter beds? No. Hey, Mayor Ford. You going to march in this year’s Pride Parade? No.

Don’t get me wrong. They’re all for brand new shiny stuff if you convince them it won’t cost the city a dime. A casino? You betcha. Jets flying into the island airport? Okey-dokey. But any talk of reaching into our pockets and contributing to the broader public commons? No.

This is the inevitable outcome of protest built on pure negativity. We voted for someone with a long list of what’s wrong but an empty column of how to fix it. Opposition with no solutions is just opposition. Nothing gets done. Everything grinds to a halt.

It’s a situation any parent will immediately recognize. We are living through a two year old’s temper tantrum.

This entry was posted on Friday, April 26th, 2013 at 1:05 pm and is filed under City Building, City Council, Metrolinx, Municipal Politics, Newspapers, Press coverage, Provincial Politics, The Big Move, The Globe and Mail, The Toronto Sun. You can follow any responses to this entry through the RSS 2.0 feed. You can leave a response, or trackback from your own site.

5 Responses to The Emptiness of Empty Protests