That’s No Way To Start A Friendship

I’m with Oakville mayor Rob Burton. We here in Toronto need to be paying more in taxes. I’ve been saying that for a while now. 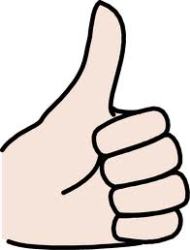 Don’t know if I’ve been saying it longer than Mr. Burton has. I don’t really know that much about Mr. Burton, truth be told. Don’t know how long he’s been mayor of Oakville. Not even absolutely sure where Oakville is. That the place beside Port Credit?

But I do know that we’re in complete agreement over taxes. Torontonians have to start shelling out more, especially if we want to build transit for this century not for two centuries back. On that Mr. Rob  Burton, mayor of Oakville, and I concur.

I would, however, like to take exception to his assertion made yesterday on CBC’s Metro Morning and in the Toronto Star about Oakville subsidizing Toronto to the tune of $17 million a year since 1998. “When you remind Toronto that you’ve been subsidizing them,” he tells Tess Kalinowski, “they are: A) blissfully unaware that they’ve been enjoying a lower tax rate on the backs of the 905, and B) they’re singularly ungrateful.

This does not encourage us to want to help them.”

Now, I think I know what Mr. Burton is trying to do here. Shame us Torontonians into isolating Mayor Ford on his anti-tax/toll ice floe and set him adrift out onto the lonely, frigid sea of frugality. Having successfully whitewashed anyone calling for increased taxes as downtown elite, tax-and-spend cyclists, criticism like this from a mayor in the 905 is much tougher to counter. Our mayor loves the 905. His favourite restaurant is somewhere out there. He is very likely the ungrateful type who is blissfully unaware the 905 region pays higher property taxes than Toronto does.

But jesus fucking christ, Rob Burton. There’s a much less divisive way to go about this than beating the drum of suburban versus urban division. The very one Mayor Ford used to get elected in 2010, and we’re all bearing witness to how well that’s turned out for everyone.

Categorizing GTA pooling (or the ‘Toronto Tax’) to pay for the region’s social costs as ‘subsidizing Toronto’ is disingenuous, and I’m being generous calling it that.

It’s a far more complicated issue that came about back in the 90s with the provincial Tory government’s Local Services Realignment. Essentially, downloading social services costs onto the municipalities.

Even the Harris Conservatives – never really this city’s best of friends — realized this was going to disproportionally hit Toronto since (I’m using 2004 numbers here) the city was home to 80% of the GTAs social assistance clients and 74% of its social housing stock. So this Toronto Tax wasn’t a subsidy so much as an equalization payment. Providing cash in lieu of services not rendered. Cash that was provincially mandated to go directly to specified social services and programs and not just pocketed for Toronto to spend on whatever whim struck it’s fancy.

Geez, pops. Thanks for the allowance. Can I borrow the car tonight? I got a hot date.

Besides, as we move forward to deal with funding region wide transit, it should be noted that the Toronto Tax has been slowly phased out by the province, beginning in 2007 and ending completely this year. 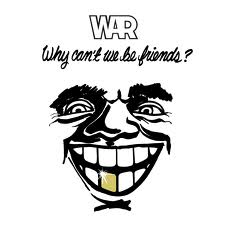 So it shouldn’t really be a factor in the discussion now. Using it to foment resentment seems a little counter-productive in fact.

We already have a major obstacle in the way of making progress on the transit debate in the form of Mayor Ford. We don’t need to set up more by fanning the fires of geographic division based on a misleading interpretation of a financial arrangement that is no longer in play. By the sounds of it, Mayor Burton is on the same side as a growing number of people in Toronto who want a better transit system throughout the region and are more than willing to pay for it. It just does not help the cause to put up false fences between us.

This entry was posted on Friday, March 1st, 2013 at 1:01 pm and is filed under City Building, Metrolinx, Municipal Politics, Newspapers, Press coverage, Provincial Politics, The Big Move, Toronto Star. You can follow any responses to this entry through the RSS 2.0 feed. You can leave a response, or trackback from your own site.

10 Responses to That’s No Way To Start A Friendship