It’s Not Lying If You Believe It

What do you call it when you’re not lying exactly? Massaging the truth? Tickling its tummy in order for it to contort into a more agreeable shape?

A few years back, in 2005 to be precise, Princeton University’s philosophy professor emeritus, Harry Frankfurt wrote a quick read book on the subject called On Bullshit. In it, he attempted to draw a distinction between lying and bullshitting. While I won’t attempt a full score breakdown of his argument, it went essentially along the following lines.

To lie is to acknowledge that there is an objective, demonstrable truth to be told. A liar just chooses not to tell it, in order to deceive others, usually for some sort of personal benefit or to avoid accepting responsibility for something or as some sort of means to an end. You can’t handle the truth!

The bullshitter, on the other hand, does not even accept the possibility that a clear-eyed, verifiable truth exists. Frankfurt writes: The contemporary proliferation of bullshit also has deeper sources, in various forms of skepticism which deny that we can have any reliable access to an objective reality, and which therefore reject the possibility of knowing how things truly are. These “antirealist” doctrines undermine confidence in the value of disinterested efforts to determine what is true and what is false, and even in the intelligibility of the notion of objective inquiry.  Further: It is just this lack of connection to a concern with truth – this indifference to how things really are – that I regard as of the essence of bullshit.

So the next time somebody informs you that the media has a liberal bias, make sure not to call them a liar. 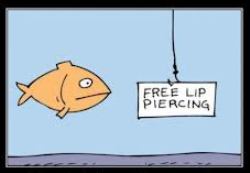 Former Mayor Ford media handler and now full-fledged Sun-ista, Adrienne Batra was hard at it yesterday, pushing that bullshit rock up the hill. Actually, I lied—I mean, I was bullshitting. What Ms. Batra said was, “There is a media bias against conservative politicians.”

Look at the newspaper landscape in Toronto. Granted, it’s a small sample size and from it I wouldn’t make a broad generalization that newspapers in this town have a conservative bias but it’s difficult to draw the opposite conclusion. The Toronto Star. 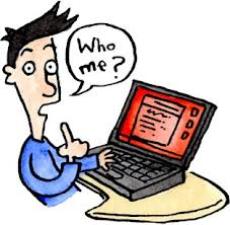 The Globe and Mail. The National Post. The Toronto Sun. (Batra gives herself an easy out on that mark, saying in her article that this bias is more present in the U.S. than it is in Canada).

Even the recent example she uses of this bias in the States defies logic and much critical examination.

You see, Ms. Batra cites the media frenzy over Missouri Republican Todd Akin’s statement about ‘legitimate rape’. What’s all the fuss about, she wonders? Sure, his views on such matters could be kindly referred to as antediluvian but it’s not like he’s running for the U.S. Senate or anything. I’m sorry, what? He is. OK. But it’s not like the Republican party agrees with what are obviously his fringe views. I’m sorry, what? “[Todd} Akin co-sponsored every abortion bill supported by Ryan in the almost 12 years the two Republicans have served together in Washington.” And by Ryan, you mean the GOP Vice-Presidential nominee and possible one heartbeat away from being President, Rep. Paul Ryan?

Yep. Nothing to see here.

To Ms. Batra’s mind, if the media wasn’t so busy being anti-conservative it would’ve instead been covering a Minnesota Democratic politician who was pinpointed engaging in a little bit of toilet trade with a consenting adult. “Pretty outrageous,” Batra opines, “yet hardly a peep of anger – from anyone.”

And by ‘anyone’, she means the anti-conservative media.

Democratic/liberal politicians are always getting away with these kind of sex scandals because the media’s in the bag for them. Bill Clinton. Eliot Spitzer. Anthony Weiner.

Imagine if a conservative politician were ever caught in flagrante delicto like that. Some poor family values type whose name pops up in the unofficial registry of a known house of prostitution. They’d be crucified.

Ladies and gentlemen, Senator David Vitter of Louisiana. Still in office, 5 years after the D.C. Madam scandal. Your anti-conservative media at work.

The thing is, it doesn’t matter if you point these kinds of inconsistencies out to the likes of Adrienne Batra. For her, the media – the media that isn’t her — has a liberal bias. That’s an unassailable statement. Evidence and facts aren’t applicable. It should just go without saying.

It’s not lying if you actually believe it. No. It’s just being up to your eyeballs in bullshit.

This entry was posted on Tuesday, August 28th, 2012 at 2:40 pm and is filed under Municipal Politics, Newspapers, Philosophical Musings, Press coverage, The Toronto Sun. You can follow any responses to this entry through the RSS 2.0 feed. You can leave a response, or trackback from your own site.

2 Responses to It’s Not Lying If You Believe It