Just Trying To Be A Good Guy

Imma get this out, right up front.

I have no desire to see Mayor Rob Ford chased from office due to a conflict of interest charge. 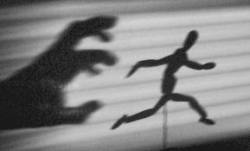 No. I want to see him chased from office, tail between his legs, soundly defeated at the ballot box. Even if we have to put up with his shenanigans until the fall of 2014.

Because if a judge removes him from office, it will play mightily into the already deep, deep well of victimhood that many members of Ford Nation drink from. It will be seen as an illegitimate power grab by those, Ford Nation will tell it, who never got over the fact he won the mayoralty in 2010. A cheat, they’ll say. Bad behaviour by a bunch of sore losers. Once more, the downtown elite will have stuck it to the suburbs. Again. Like we always do.

I also don’t think Mayor Ford is dirty or corrupt This doesn’t appear to be an alleged conflict of interest case that benefited the mayor much. In the scheme of things, $3150.00 is “trifling”. Hardly an amount to jeopardize an entire political career over. 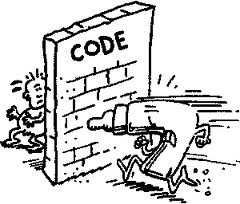 I mean, the family gives each other monster trucks as birthday gifts for god’s sake. He’s really going to throw it all way for three grand?

This really does appear to be a matter of principle for Mayor Ford. Integrity commissioner be damned! He genuinely seems surprised that anyone thinks he should have to pay any money back. His intentions were noble. Raising money for kids/schools needing a helping hand to put a football team out on the field. What’s a matter, folks? You got hearts of stone?

What this does say about the mayor, however, is one of two things as far as I can tell.

One, he has no concept of what a conflict of interest really and truly is. Since he didn’t benefit personally from the fundraising, using his official councillor letterhead and hitting up some official lobbyists in the mix, where’s the conflict? The interest in question is not the mayor’s. It’s the kids. So there can’t be any conflict to speak of.

So, what’s the beef here?

Or… Or… I guess it’s possible that Mayor Ford believes the Integrity Commissioner has no say over how he conducts his business because, while he used his official stationery, it isn’t actually “official” since he pays for it himself. He shouldn’t be beholden to the same rules and regulations that other members of city council must abide by because they are suckling the public teat, sticking it to the taxpayers by dipping into the gravy train in order to stock up on pens and paper and other office supplies. You pay your way, you play your way.

It only seems right.

Either way, it’s hard to believe the mayor’s allowed it to get this far. I can’t fathom his thinking. His or any of those in his circle. That somehow no one just didn’t tell him to back off, suck it up and abide by the Integrity Commissioner’s ruling. He didn’t have to agree with it but he couldn’t just ignore it and hope everyone would forget about it.

And somehow there wasn’t big fat red flags crazily waving when it was suggested that they just move a motion and retroactively dismiss the ruling out of hand. Surely someone in the mayor’s office or on speaking terms with him knows the meaning of the appearance of propriety. It just doesn’t look good, Mr. Mayor. It smacks of self-interest.

But then, there’s no one that didn’t immediately jump to their feet when Mayor Ford got up to discuss why he thought he shouldn’t have to pay back the money during the debate on the motion. Advise him that, he probably shouldn’t even be in council chambers. He certainly shouldn’t be voting on the motion either. Councillors declare an interest and bow out of the proceedings for much more distant reasons of possible conflict than this. Did Mayor Ford never bother to find out what that was all about?

Of course, it is Mayor Ford we’re talking about here. He seems to take very little counsel from anyone once his mind is made up. Witness how he’s brushed aside suggestions from the police and his brother about getting himself a driver.

Maybe there was just no talking him out of this course of action either.

So now, he could feasibly lose his job over a measly $3150.00. Even if he doesn’t, he’s subjected himself to participating in yet another sad public spectacle that has very little to do with the actual running of this city. He will diminish himself and of the office of the mayor just a little bit further.

I don’t want to see him turfed over this. But my oh my, part of me thinks he should go, just for being so willfully stubborn and obtuse.

This entry was posted on Monday, August 27th, 2012 at 4:15 pm and is filed under City Council, Municipal Politics, Newspapers, Press coverage, The Globe and Mail. You can follow any responses to this entry through the RSS 2.0 feed. You can leave a response, or trackback from your own site.

5 Responses to Just Trying To Be A Good Guy