A Winning Strategy Through Losing

I’ve really got to hand it to right wingers these days. In terms of public perception they’ve somehow managed to square the circle tightly. 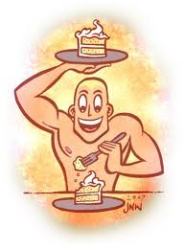 On one hand, they are the tough crowd. Tough on crime. Tough on unions. Tough on any issue it’s easy to be tough on. In the next breath, they do self-pity, persecution and abject whining like nobody’s business.

Exhibit A: yesterday’s Toronto Sun (the bible of whinging chest-beaters) editorial, Hypocrites mock Ford over weight. Shrill, off point, chock full of false equivalencies and feet-stompingly paroxysmal, it symbolizes Ford Nation in less than 400 words. “… hypocrites who would be horrified by the ridiculing of someone over their gender, sexual orientation, race or disability, but think it’s fair game to attack a politician they don’t like over his weight… It was simply a vicious way to attack him… Ford doesn’t need or deserve this grief… As for those who should know better, who are ridiculing Ford over his weight, cut the crap.”

Oh, boo hoo. Boo fucking hoo hoo. Politics is a nasty, take no prisoners business. Don’t believe me? Why don’t you ask somebody who helped put the mayor in office. “We’re in the business of getting Conservatives elected and ending Liberal careers. We’re good at it.”

Not to dwell too long on the issue, having argued the point yesterday, but this was never about ridiculing the mayor over his weight. And don’t go pointing out examples of online comments or tweets calling him whatever variation of fat. That’s not a road Ford supporters really want to travel down, is it? What with him having announced yesterday that he won’t be attending the Pride Parade again this year, and all the hate-filled, homophobic vitriol that filled up those spaces in his defence.

We’re not going to attribute those sensibilities to the mayor himself, are we? We don’t want to go around suggesting that’s the base he doesn’t want to offend by attending the event, do we?

Despite the Sun trying to wish the fact away (“Spare us the phony defence in some quarters that since the mayor publicly pledged to lose 50 pounds…mocking him about going into a Kentucky Fried Chicken outlet is fair game”), Mayor Ford made the question of his weight political. His Cut The  Waist idea was nothing more than an attempt to curry public favour during a time when he was taking a beating at City Hall. He stuck his gut in our noses and dared us to say anything about it.

That he appeared to be taking the ‘challenge’ as seriously as the gimmick it actually was by stopping into a fast food joint should serve as a reminder of all the half-cocked, ill-conceived, on-the-fly schemes that make up most of his policies. Sheppard subway anyone? How about a side order of monorails and megamalls on the waterfront?

In an offline conversation with a friend yesterday, we wondered if the weight loss schtick was part of a more long term approach that had worked during the 2010 campaign. It was a win-win for the mayor. If he actually accomplished his goal, he’d be seen as a determined and resolute guy who could see things through. If he didn’t and people started pointing that out, he’d score political points because he was being attacked for his weight. It helped him the first time around.

Let’s go to that well again. Failing all the way to re-election.

A Forum Research poll out today certainly suggests it could be a winning strategy for the mayor. “He’s going to have a lot of issues I think he can run on [in an election],” Mr. Bozinoff [Forum Research president] said. “Saying, ‘Look, I want to build the subway, I wanted more outsourcing, I want to get rid of the land transfer tax… and I couldn’t because of council.’ That’s ideal to run on.”

Really? Setting aside the fact an election is still two and a half years off – generations in political time – Mr. Bozinoff is actually suggesting the surest way for Mayor Ford to get re-elected is to continue losing votes. Be the underdog mayor and trumpet loudly and proudly his failure to lead this city on important and vital files. Accept no responsibility and blame others for his glaring inability to forge a democratic consensus and get on with the business of serving the city positively.

Well, that is the right wing way, of course.

I think we’re being conned here, folks. A bump in support for the mayor (shall we compare the numbers for David Miller at the same time of his mayoralty?), at a time when, as Ford for Toronto’s Matt Elliott points out, the mayor’s “…not trying to achieve anything substantial.

His attempts to implement major policy and budget changes through 2011 resulted only in battered and sinking poll numbers. The quieter, less divisive tone he’s struck since the end of March has him on a better track with his soft-supporters” now translates into a winning gambit in 2014?

A Through the Looking Glass tweak in strategy. From the initial triumphalism of vote against me at your electoral peril to vote against me because voters love it when I’m a loser. Wait, what?

The more high minded (not the 4/20 high minded types) of us have suggested we pay no attention to the whole Mayor Ford-KFC kerfuffle. It just plays into his strengths, garners him unwarranted sympathy as one of the little guys being ridiculed by downtown elites, blah, blah, blah. Let’s just get on with talking about the real issues that affect the city. Transit, waterfront development, affordable housing.

That’s all well and good if everybody’s on the same page and looking to have an open and honest debate at that level. But it seems that doesn’t work much in the mayor’s favour, so you’ll have to excuse him if he chooses not to participate and stands on the sidelines, blowing raspberries and colour commenting from behind the microphone of his radio show every Sunday.

He’s more interested in his own political future than he of the city he was elected to lead.

But I think deliberately ignoring his personality politics and letting him play alone in that sandbox is dangerous. It allows him to polish up his image away from the rough and tumble of governance and further cultivate his cult following. Attention should be called to the fact he’s failing to live up to his weight loss pledge just like he’s failed to live up to so many of the promises he made to the people of Toronto when he asked them for their votes in 2010.

This entry was posted on Friday, April 20th, 2012 at 2:46 pm and is filed under City Building, City Council, Elections 2010, Municipal Politics, Newspapers, Press coverage, Race 4 Mayor, The Globe and Mail, The Toronto Sun. You can follow any responses to this entry through the RSS 2.0 feed. You can leave a response, or trackback from your own site.

One Response to A Winning Strategy Through Losing