The Unbearable Smugness of Being Doug Ford

As often is the case when sitting watching the proceedings down at City Hall, I often think of Edward Keenan. No, not in that way. I don’t even know the man. 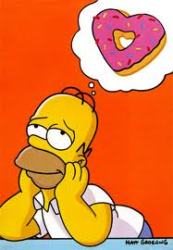 I think about something he’s recently written which is a frank admission that I’m always a couple steps behind what’s going on, playing perpetual catch-up.

The latest example came yesterday at day 2 of the budget committee’s 2012 capital and operating budget review. In walked committee member, Councillor Doug Ford, spouting nonsense and casting groundless aspersions as he questioned staff, this first time exaggerating sick days/holiday time taken by those working in the city’s 3-1-1 department. Later, he asked if the drug prevention program was still buying bottles of wine for patients. It wasn’t. Not yet done, the councillor then questioned procurement processes with the student nutritional program once more based on, what the Star’s Daniel Dale generously tweeted, “wrong info”.

Or as Mr. Keenan called it last Thursday when writing about Councillor Ford’s November 28th performance on LeDrew Live (still not up on the website), “It was either lying or, in the most charitable interpretation, being dead wrong.”

Another day, another blustery blast of misinformation. Whether owing to gross incompetence on the councillor’s part or crass political gamesmanship, it serves only to diminish the political discourse and reduce the budget debate to little more than he said, she said.

Working with your ‘own facts’ to paraphrase David Frum as quoted by Edward Keenan.

I’ll let Keenan’s article speak to that particular issue but I have another bone to pick with the mayor’s brother here. After getting his facts a little askew on how much time of service earns how much vacation time and the actual amount of sick days taken over at 3-1-1, Councillor Ford jocularly asked the room where he could hand in his resume to get a job there. Ha, ha. What a cushy gig, eh? See what I’m getting at here?

As a matter of fact, councillor, yeah, I would like you to hand in your resume and get yourself a job answering questions from concerned, confused, distressed and disgruntled Torontonians at 3-1-1. Put in your 20 years or so to accumulate 6 weeks of vacation. Have at it. It might just wipe clean that smug sense of disdain you have for everyone not living the Doug Ford lifestyle. 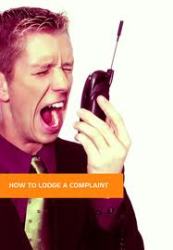 That’s an open invitation to everyone out there who get their knickers all in a twist about allegedly easy jobs (usually of the union kind), where the living is large and the pay astronomical. Teachers with their summers off. Six digit making TTC fare collectors. Those goldbricking garbage collectors. Get a real job, you teat-sucking bums!

If these really are such great ways of making a living, why isn’t everyone applying for them? Yes, Councillor Ford, there’s an unusually high absentee rate at 3-1-1 because people just love working there. Like they do at call centre situations the whole world over. “In the private sector, call centre workers have the highest level of absence (14.8 days). This is also the highest level of absence for employees across all industries.” Evidently, taking people’s questions and fielding their complaints on the phone or via the interwebs is everybody’s dream job.

Unlike, say, inheriting a successful business from your daddy. Never having gone that occupational route myself, I can’t talk of its pitfalls and pressures but I’m going to assume being a scion comes with a better benefit package than manning the 3-1-1 phones. One of which seems to be an ease of transition into the job of city councillor despite a shocking lack of qualifications (aside from, I’m With Him) and a near debilitating disinterest in the details of the job itself.

And yet Doug Ford would leave all that behind to work at Toronto’s 3-1-1.

No, not really. He just can’t help himself when it comes to mocking and denigrating those he thinks get paid too much or are afforded too much time off. Why? Because of his deep and abiding respect for the taxpayers who just don’t think it’s right that they be forced to pony up to provide services they rarely use or, if they do, pay the actually going rates for. (Hint: roads.) Like his brother mayor, Councillor Ford is simply looking out for the little guy by stripping away their dignity one misinformed question and wisecrack at a time.

— can I help yoully submitted by Cityslikr

This entry was posted on Tuesday, December 6th, 2011 at 8:54 am and is filed under Budget, City Building, City Council, Municipal Politics, Newspapers, Press coverage, Toronto Star. You can follow any responses to this entry through the RSS 2.0 feed. You can leave a response, or trackback from your own site.

2 Responses to The Unbearable Smugness of Being Doug Ford