Waning of the Thumb

(A repost of our Friday Torontoist piece. Title is all theirs.)

A two day meeting dragged into three. As the third day ground to its inconclusive conclusion, participants voted to defer all remaining items to the next regularly scheduled meeting in February. Decisions put off. The business of municipal governance delayed.

Perhaps it was because council members were looking ahead to the big game, the 2012 budget battle. Beginning almost immediately, today in fact, as the Budget Committee kicks off the first of seven meetings over the course of the next eleven days, including two for public deputations, to hash out a budget for city council to consider and implement next month. That’s the big fish to fry, where energy needs to be expended. This week’s council meeting was simply the warm up session, getting loose, stretching the body into fighting shape.

Or it simply could be seen as the precursor to how things are going to happen over the next little while. A war of attrition. Gone are the early, glorious days of shock and awe that saw quick and surprisingly decisive victories for the Ford administration. The VRT gone! Councillor office budgets slashed! Transit City mauled in its infancy. The mayor is still pushing ahead but it’s now become a tough slog, a slow grind.

Some of the more egregious intentions are being picked off by sniper fire, some even coming from friends and allies. His opponents’ Maginot line is still holding.

Councillor Shelley Carroll amended out the possibility of large industrial water users being given carte blanche to ignore city sewer by-laws in the Rate Supported Water and Waste Water budget. It reserved the city’s right to monitor ‘effluent’ – essentially waste water dumping – and to keep aiming for water conservation targets. The mayor found himself on the losing side of what turned out to be a drubbing on that one, abandoned even by his brother and budget chief.

Mayor Ford also took it on the chin (even if symbolically) on the Rate Supported Solid Waste Management budget when Councillor David Shiner, a usual Ford loyalist, maintained the current 44 environmental days that Public Works and Infrastructure Committee wanted to chop back to 11. Certainly, Councillor Shiner’s amendment scales back the events and doesn’t threaten the mayor’s desired 0% increase in waste collection rates. 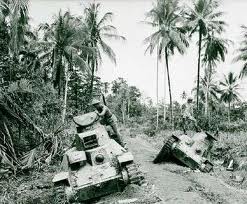 It was, however, a definitive poke in the eye of those looking to do away with remnants of green initiatives in the city.

Councillor Shiner was also front-and-centre in negotiating a compromise with noted foes of the mayor, Councillors Adam Vaughan and Mike Layton on the relocation of the youth shelter, Eva’s Phoenix. It was sitting on property Team Ford has its eyes on selling as part of the revised Fort York bridge plan. The shelter poised an obstacle in the march to ‘monetize city assets’ and in finding it a new home, Shiner brokered a deal that kept both sides, if not happy, at least content.

It could also be that what we’re witnessing is the formation of a consensus building model at city council. The hitherto unuttered word since Rob Ford took office, ‘compromise’ is becoming part of the vernacular. Many of the mayor’s most ardent opponents including Janet Davis, Joe Mihevc, Kristyn Wong-Tam, Paula Fletcher and Raymond Cho made amendments to the direction of child care services in the city. Mihevc managed to get everyone present at council except for Councillor Minnan-Wong to agree to work at not closing any day care centres until hearing what the provincial

government, who has been slow and unsteady holding up its part of the funding formula, will say about the matter in next year’s budget.

Compromise may be a word the mayor has to come to terms with. Winter is indeed blowing in, issuing a serious threat to further bog down his troops and heavy artillery in the muck and goo of the 2012 budget process. (Yeah, I wasn’t going to let go of the military metaphors that easily.) Talks of cuts to services at the TTC, elimination of pools and programs, reduction in library hours, all are emboldening the opposition outside council to set up and stand their ground. Within council, allies are exerting their independence and not bending to the mayor’s bully tactics. Witness just how far the moderate, small c conservative, Councillor Chin Lee has drifted from the Ford fold.

The mayor has expended on awful lot of political capital in his first year, tilting at long standing pet peeves of his that represent the worst excesses of tax and spend governing. Non-automobile forms of transit. Community engagement and outreach. The arts. The environment. Anything that smacks of ‘nice to haves’.

All before it truly gets ugly for him. When that bus doesn’t arrive for that little old lady going out grocery shopping in Scarborough. When that library is closed on Sunday for that little girl looking for some quiet study time. When the family has to go even further afield to find affordable swimming lessons.

The battles are going to get more intense over the next 6 weeks, the pushback stronger and terrain more treacherous. Already besieged, it’s hard to see how Mayor Ford can simply bludgeon ahead in that damn the torpedoes fashion that has been his governing style to date. His arsenal has been severely depleted. While hardly a spent force, Mayor Ford is not the indomitable powerhouse he was earlier this year. The one that caught everybody flat-footed, surprised and easily overwhelmed. It’s now trench warfare (you know I had to go there) and any gains will come with great cost. If he fails to adapt to the new reality, the mayor may find that the 2012 budget is the hill he will die on.

This entry was posted on Monday, December 5th, 2011 at 2:52 pm and is filed under Budget, City Building, City Council, Municipal Politics, Provincial Politics. You can follow any responses to this entry through the RSS 2.0 feed. You can leave a response, or trackback from your own site.