It Couldn’tve Worked Out Any Better

If he were alive today, think of what a proud papa Mike Harris would be of the municipal government in Toronto that he sired. Maybe he’s smiling down beatifically from Heaven upon his progeny and all the conservative goodness he helped wrought… Mike Harris is dead, right?

(Sorry. Can never passed up the opportunity to pilfer that bit from Stephen Colbert. A few years back, he joked about something that would have ‘Lou Dobbs rolling over in his grave.’ He then turned to ask his crew, ‘Dobbs is dead, right’?)

I was thinking of this as I read through an article Ben Bergen linked to from 1998. Megacity: Globalization and Governance in Toronto by Graham Todd in Studies in Political Economy. Of the many reasons the Harris Tories rammed through Bill 103 in the face of widespread opposition to it throughout the entire 6 cities facing amalgamation, one was particularly nefarious if highly speculative and largely restricted to the old city of Toronto and the borough of East York. It suggested that the neo-conservative Harris was looking to smother the more liberal downtown tendencies under a stuffed suburban pillow that was more closely aligned to his politics. Such thinking gained a degree of legitimacy when the mayor of North York, Mel Lastman, defeated Barbara Hall, Toronto’s final mayor, in the first election of the new megacity.

Now a third administration in and it’s interesting to note that the mayor and his most trusted advisor, Councillor Doug, are from Etobicoke. The Deputy Mayor is one Doug Holyday, the last mayor of pre-amalgamated Etobicoke. The Council Speaker is Frances Nunziata, the last mayor of pre-amalgamated York. The Executive Committee is made up entirely of suburban councillors save Cesar Palacio whose downtown ward butts up against suburban York. A certain pattern emerges regardless of how intentional.

Of course, if we want to dwell on the damage inflicted upon this city, both downtown and suburban, by the ill-thought out amalgamation, there would be worse examples than those currently at the helm. Not a whole lot worse, mind you. But most definitely worse.

To lay the blame for our current fiscal crisis solely on the profligacy of the Miller administration, to spuriously point to the big budgetary numbers that grew during his 7 years in office as even the moderate councillor, Josh Matlow, did on Newstalk 1010 last Sunday, as proof positive of waste and gravy at City Hall, is to suggest that only what happens in the last two years or so matter. 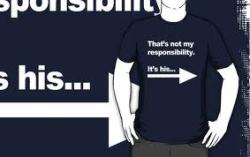 It denies history, really, or at least, your grasp of it. Or it suggests you’re just an ideologue.

The provincial Tory view of the reduction of costs through an increase in efficiency with amalgamation was suspect to many from the very beginning of the exercise. (Enid Slack, current Director of the Institute on Municipal Finance and Governance, wrote back in the early days of amalgamation: “It is highly unlikely, however, that the amalgamation will lead to cost savings. On the contrary, it is more likely that costs will increase.”) Most studies since have backed that view up.

In fact, how the Tories went about amalgamating flew in the face of the neo-liberal world view they were espousing. “Flexible forms of governance,” Todd writes, “it is thought, are more consistent with the reality of and necessity for competitive, export-oriented, knowledge-based, whiz-bang approaches to economic development.” So the Harris government replaced 6 smaller municipalities with 1 big, lumbering behemoth and claimed that it would be somehow more efficient?

More cost effective? They seemed to have mistaken having fewer local governments for flexibility.

Or maybe they were just using a different definition of the word ‘flexible’. Todd suggests in the paper that unlike previous municipal governance reforms that had intended “…to consolidate the role of local government and the public sector in regulating development…”, the 1998 amalgamation was intended to do just the opposite. It was never about dollars and cents. That was simply a red herring to make the process more palatable. There was still going to be the same number of people demanding the same level of services whether they came from 6 governments or one. At some point of time, economies of scale simply don’t work.

It was all about control of how the city functioned. One government over a wider area was politically more pliable, flexible if you will, and easier to deal with than six. There were more differences of opinions, a wider area of dissension to exploit. Imaginary savings were offered up in exchange for the keys to City Halls. By the time we realized that, what were we going to do, de-amalgamate?

Add to this loss of local control and inevitable rise in costs of running a bigger city, there was that whole downloading/offloading of services onto Ontario municipalities by the provincial government.

Cities told to cough up portions “… of provincially mandated social services such as social assistance, public health care, child care, homes for the aged, social housing, disability and drug benefits”. Some, I repeat some, of which have been uploaded back to the provincial government, slowly and on their time line. A $3.3 billion gap according to the Association of Municipalities of Ontario estimated back in 2007.

Of course let’s not forget the de-funding of their half of the TTC annual operating budget that the Harris Government undertook and that has never been reassumed by Dalton McGuinty. Call it $200 million/year that Toronto property taxes must come up with. Add to that the hundreds of millions of dollars foregone by Mel Lastman during his property tax freeze during his first term. A brilliant fiscal move copied by our new mayor on his first budget cycle, along with eliminating the vehicle registration tax and any other form of revenue generation the province had given the city with the City of Toronto Act. No, no. We don’t want that on our hands. We didn’t ask for that responsibility.

Instead, we’ll blame the last administration for our financial woes. We’ll blame the lazy unions and other special interest groups that are looking for handouts. The Gravy Train has stopped, haven’t you heard. The time has come to privatize anything that isn’t nailed down. Sell off lucrative assets too if we have to. Maybe even if we don’t. Everything is on the table.

Yeah, it’s hard not to view our new mayor as the inevitable outcome of decisions made nearly 15 years ago. The offspring, the love child of our former premier. Too bad Mr. Harris didn’t live long enough to see the success his political son had become.

This entry was posted on Thursday, March 24th, 2011 at 8:37 am and is filed under Academic Studies, City Building, City Council, Municipal Politics, Newspapers, Press coverage, Privatization, Provincial Politics, The Globe and Mail, TTC. You can follow any responses to this entry through the RSS 2.0 feed. You can leave a response, or trackback from your own site.

2 Responses to It Couldn’tve Worked Out Any Better