The Power Of The Mayoralty

Don’t think of this as a boast but it seems that we here at All Fired Up in the Big Smoke have reached a level of recognition that’s snagged us a cyber-groupie. No, actually it’s more like a cyber-stalker. 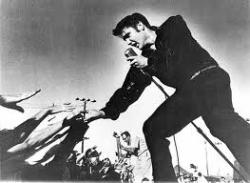 A commenter at our site so relentless that even after we deemed it necessary to ban any further commenting (not entirely, we let the occasional one through just to prove how illogical, obtuse and nasty this nameless commenter can be), said commenter still writes in. Talk about your dedicated hater.

But, fair’s fair, and we do have to acknowledge when we’ve been correctly called out even by a cyber-stalker. Earlier this week as Mayor Ford continued to steamroll over city council, having his way this time with the TCHC vote, our biggest fan submitted a link to one of our posts from last August where we essentially said that even if then Councillor Rob Ford was to win the mayor’s race, his anti-collegial attitude would leave him a minority voice at council. Our very own words were even thrown back into our face. “So to you fanboys out there, trumpeting the ascension of Rob Ford and crowing about all the ass he’s going to kick and unions he’s going to bash and cyclists he’s going to run over, if your man gets elected, he’s going to be a mayor of one. All red faced and blustery, he’ll spend his time in office, stomping his feet and bellowing how he can’t get anything done, blaming everyone else but himself when the fact is, while pathological assholes who can’t work with others may be an asset when running an inherited business, it simply doesn’t fly at a non-political party municipal government level.”

Oops. How much more wrong could we have been? Colour us red-faced. Full disclosure here. This was a sentiment we continued to believe right up until and even after Rob Ford 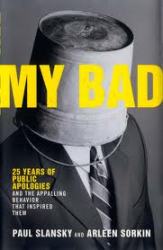 won despite those telling us that the power of the office could very well transform even the most cracked of crackpot councillors into a force to be reckoned with. Yep. We were clueless.

How could we have missed the warning signs coming from the likes of Giorgio Mammoliti? Rob Ford’s most withering and aggressive critic while both men were running for mayor and arch-nemesis on city council (except when they ganged up to chase a reporter from the socialist Globe and Mail out of chambers a few years back), upon withdrawing from the mayoral race, Mammoliti packed up any last vestiges of personal principal and threw his weight behind the Ford campaign. Now he basks in the glow as, literally, the mayor’s right hand man at council meetings and his chief apologist and defender.

Mayor Ford’s strong majority might be even more surprising if it was built on a positive base of consensus seeking but I’m guessing that’s not really the case. There are whispers of cowering councillors fearful of reprisals if they don’t bow down and obey the mayor. In today’s Toronto Star story about the mayor’s voting cheat sheets, an anonymous member of the Executive Committee admitted that it wasn’t really an option to vote against the mayor’s wishes.

At the TCHC vote on Wednesday night, Councillor Wong-Tam said her purposed amendment to the mayor’s motion received praise from some fellow councillors who winded up voting against it out of fear of the mayor. “I had councillors coming up to me saying they would love to support my motion, that it was fair and well considered, but that they would get in trouble.”

‘Get in trouble’?! What are you, 4 years-old? What kind of trouble?

Sure, the mayor is swinging some heavy duty pipe right now. I mean, he threatened the premier of Ontario, fergodssakes, with retributive political pain at the ballot box if he didn’t hand over some money. Even before he was elected mayor, Ford anointed Vincent Crisanti in his race to unseat fellow Etobicoke councillor Suzan Hall because Hall had the temerity to question Ford’s claim of being the only one to bring home the Woodbine Live development. Councillor Peter Milczyn fought for his political life when Ford propped up Morley “I Thought He Was Dead Already” Kells as an opponent.

Councillor Milczyn now? Awarded a spot on the Executive Committee by way of being Chair of the City’s Planning and Growth Management Committee, he is also Vice-Chair of the TTC. All he has to do in return? Keep quiet at council meetings except to rise in defense of the mayor by citing all the misuses of power by the previous administration and vote exactly how the mayor instructs him to vote.

So one has to wonder about other cowed councillors especially those not fully entrenched or who barely squeaked into office last October. The aforementioned Councillor Crisanti and his 41% of the popular vote.

I’m thinking, Councillor Gloria Luby Lindsay at her 300 vote victory. Councillor James Pasternak and his eye-poppingly low 19%!! Or Councillor Gary Crawford and his 25%. The list goes on.

The problem as I see it about this possible rule by threats and intimidation, it doesn’t always stick. There’s no lasting loyalty just fear. Next election is still nearly 4 years off and that’s a lifetime and beyond in political time. What happens when the winds change and the mayor isn’t as popular as he is now? And the winds always change. Those councillors now basking in the mayor’s conditional love may not remain so obedient if fortunes turn and given Mayor Ford’s aggressive, confrontational manner, he will never be as popular as he is right now. Things will get uglier. The mayor will make sure they do. No one comes out of that kind of battle scenario unscathed.

Then again, what the hell do we know? Our ability to see into the future is somewhat suspect as our cyber-stalker gleefully informed us. Perhaps we should attempt some professional pundit, George Constanza-ish prediction where what happens will be the exact opposite of what we say.

So, Rob Ford will enjoy 2 terms as Toronto’s mayor, doing everything he wants to do before moving on to provincial politics (with his brother Doug taking his spot as mayor here) where he will eventually become premier for a few years before moving on to eventually be Prime Minister of Canada. Finally he will be crowned King of the World, a title he will hold until he dies at the ripe old age of 107.

This entry was posted on Friday, March 11th, 2011 at 4:54 pm and is filed under City Council, Municipal Politics, Newspapers, Press coverage, Provincial Politics, Race 4 Mayor, Reader Comments, The Globe and Mail, The Toronto Sun. You can follow any responses to this entry through the RSS 2.0 feed. You can leave a response, or trackback from your own site.

18 Responses to The Power Of The Mayoralty