I had hoped to begin the new year on a peppy, upbeat note of resolve, to scan the horizon and spot evidence of a better 2015 than 2014. Look, guys.

We actually did hit bottom. There is nowhere to go but up.

But somewhere during the search for signs of hope and civic sunshine, it dawned on me that yesterday, January 4th, was the fifth anniversary of the very first post here at All Fired Up in the Big Smoke. (Don’t ask how those two things intersected. It’s hardly an organized and linear organization we’ve got going on.) Tory! Tory! Tory! was the title. A plea at the outset of the 2010 municipal campaign for a certain John Tory to remain on the sidelines in the mayoral race. “Stick with radio, John,” we advised, “where we can continue to ignore you.” 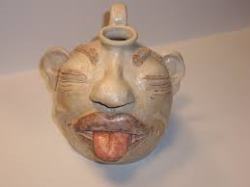 Mayor John Tory in a helicopter, high above the city, on the look out for parking scofflaws and ne’er-do-wells.

It occurs to me, nearly half a decade into this enterprise, that maybe it’s just not in this city’s DNA to come to grips with the grind down stuff that currently ails us. Congestion, under-performing public transit, aging and crumbling infrastructure, not to mention matters of housing, poverty and income inequality, summon up a whole bunch of let’s do more of the same and hope for better results. Some time, back in the foggy mists of the past, a workable, functional if not exactly exciting city was built. 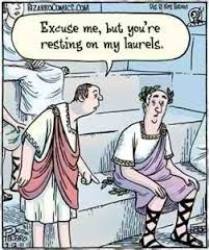 What Toronto hasn’t done is adapt. Arguably, for the past three decades, we have sat on our hands, looked the other way and hoped for the best. Staring up at all the towers carving out our skyline, we collectively sighed a self-satisfied sigh. World class!

In reaction to easily the most destructive and derelict administration the city had ever foisted onto itself, we settled for some throwback to an earlier era of dysfunction. Our new mayor was very well acquainted with the Mel Lastman years at City Hall. Sure, he’d gussied up his resume with right proper public service works like Civic Action yet put all that behind him in his second quest to be Toronto’s mayor. A moderate progressive, he sold himself as, or something similarly banal.

He won’t embarrass us! A rallying cry to mollify rather than actually rally us. Inspirational? I don’t know. Do you find the repeated use of the word ‘bold’ inspirational?

Not that there was much inspiration on display from any of our leading mayoral candidates in 2014 which, coming in the wake of the unmitigated Ford fiasco, says something of our civic constitution, I fear.

Can we just have a little peace and quiet for a bit? Competence is what we crave. The big issues can wait while we catch our collective breath.

As we press pause, the wheels of dubious governance keep on turning.

Over the weekend, a Toronto Star opinion piece laid out in gory, gory detail the ongoing mess of a debacle that is shaping up to be the Scarborough subway extension of the Bloor-Danforth line. ‘Another ‘billion-dollar boondoggle’ author R. Michael Warren asks, pushed forward for nothing other than political reasons by our new mayor, the premier of the province, dutiful Scarborough government MPPs, opportunistic and resentful city councilors. You scratch my back and I’ll scratch yours.

Everything will work out just fine.

It’s not actually going to fix much from a transit prospective, probably make some things worse in fact, but aren’t we all just tuckered out from all the bickering? We’re done here. Let’s move on. No good can come from reopening old arguments. I mean, that’s how we ended up with this Scarborough subway, am I right?

Look. It could be worse. Rob Ford could still be mayor.

It Could Be Worse is a lot easier to maintain than It Could Be Better, takes a lot less effort. I don’t think that it’s too much of a stretch to say that, with only a couple exceptions, It Could Be Worse has pretty much been Toronto’s approach to running things for 30 years or so now. It’s not great. It’s not innovative or ground breaking. But, it could be worse.

Can I get a recorded vote? It could be worse. All in favour?

So we muddle into 2015. It can’t possibly be worse than 2014 or the couple years before that. While some think about tackling the big issues we face like poverty, Mayor Tory makes a spectacle of chasing down illegal parkers. Not that there’s anything wrong with that, it could be worse, right? The mayor could not be dealing with illegal parking.

Buck up. Granted, it’s not much to hang your cape of hope on, thin gruel with which to build an optimistic, hopeful New Year’s message. Still. It could be worse.