The Faces Of A Thousand Tiny Cuts

Want to see what years (decades even) of a relentless, tightfisted, penny-pinching, nickel-and-diming assault on a so-called ‘soft service’ looks like? Take 20 minutes of your day and watch this.

(h/t to Juliann Garisto and Women in Toronto Politics for alerting me to the presence of this video.)

It was just a coincidence, I’m sure, that I was reading through Torontoist’s 2015 Heroes and Villains list while listening to the first of the public deputations on the 2016 budget.

(Truth be told, I’d held out following the annual Torontoist series as, once again, I’d been snubbed despite my unrelenting and uncompromising work covering the politics of this city. Hero or Villain. It didn’t matter to me. Just a little recognition might be nice, Torontoist.) As it so happened, I was just getting to the final reveal – Superhero of the Year – when the library workers union president, Maureen O’Reilly, sat down to speak to the budget committee.

No, really. That’s exactly how it happened. Sometimes life can be that serendipitous.

Read what Eva Hd wrote about the Toronto Public Library, in nominating it as Superhero of the Year:

The individual branches’ lovingly curated and topical displays, whether tying in to contemporary political issues such as Idle No More or featuring mystery Valentine books wrapped in red tissue paper for February 14, always amaze and amuse. On any given day, TPL’s librarians can be heard giving tips to adolescents on how to find books and movies about Kareem Abdul-Jabbar, showing seniors how to use the internet, guiding researchers through the archives, and telling homeless people where to find the bathroom with equal amounts of patience and grace, while the security guards interact respectfully with everyone and will often be seen helping out at kids’ story time.

“It’s 2016. It’s no longer acceptable to underpay the ladies of the library and to continually cut them.”

O’Reilly was referring to the Toronto Public Library Board’s recommendation to save $250,000 by cutting 6.7 full-time equivalent page positions – a move that would mean between 12 and 14 of the minimum-wage pages would lose their jobs.

The pages, said Reilly, are bearing much of the weight of a cut in library staffing that she said amounts to 25 per cent since 1992. The position of page was traditionally a part-time job for high school students, but currently, the average age of a page at Toronto Public Library is 43. They do the work of reshelving materials and helping at checkouts.

That’s what you call working ‘harder and smarter’ with less. It’s just what budget hawks like our mayor (like so many mayors before him) love to hear, love to tout. See, Toronto. 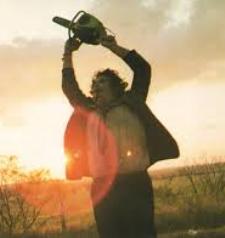 We continue to nick and cut at library services, and they still keep providing exemplary service to residents of this city. It can be done!

Libraries, and those who work so diligently to make them the key community hubs that they are, represent the kind of soft services line-by-line, always searching for efficiencies, nickel-and-dime politicians love to go after. Easy targets. Libraries don’t directly provide life-or-death support to residents. They aren’t grand infrastructure symbols elected officials can cut ribbons at.

Actually, that’s not quite true. Almost any politician who isn’t a Ford – Doug was convinced there were more libraries than Tim Horton’s in his ward and would’ve slashed them ‘in heartbeat’ — loves to oversee the building of a library. The 100th TPL branch was opened in Scarborough last year. It’s the funding of their operations that’s so tempting to shave, trim and hack at.

So, working at the library for many falls into the precarious employment category. Half of the workers are contracted, meaning benefits, a living wage and the like are but a pipedream.

At Tuesday’s budget deputations, library worker Tori MacDonald talked about scrambling to branches all over the city in the search of hours. For Ms. MacDonald, the librarian’s lot in Toronto was not one where she could see buying a home, raising a family.

Bully for them, those of us with plenty of space at home to find a quiet spot to work, with easy access to all the internet we need, with that book we want one Amazon click away, with our own communities already carved out, will say. What’s a librarian’s job anyway? Checking out books. Putting them back on the shelves when they’re returned. Why should we pay a premium for that?

But read the Torontoist piece and realize that our library system represents much more than that to many residents of this city. In fundamentally important ways, our libraries and those (wo)manning the desks, counters and stacks – Yes, 75% of library workers are female. Women and precarious employment. Surprise! — serve as, if not gatekeepers, 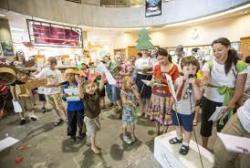 then the welcoming committee of this city for newcomers and other oftentimes marginalized segments of our community. Libraries provide both a physical as well as social shelter for this city.

How much should that be worth to us?

It’s easy to embrace the big gestures, the grand symbols of our civic well-being. The shiny new transit projects and plans, the high rise office towers, the beautiful, “world class”, outside public spaces. What we always overlook, however, in our seemingly perpetual chest-beating, looking out for the taxpayer push to scrimp toward balanced budgets is the vital element of the human scale. “Finally,” Hd writes in the Torontoist, “TPL locations are also some of the last places in Toronto where you can still get a glass of water and use the bathroom for free, a not insignificant attribute in our increasingly precious metropolis.”

Our libraries and the people working to make them cornerstones of neighbourhoods and communities are indeed significant attributes ‘in our increasingly precious metropolis’.

We need to defend them from those intent on only counting costs and ignoring the benefit side of the ledger. A strong library system is not simply a nice-to-have. It is a need-to-have, and we have to start treating it as such, beyond just the easy to spot and promote bricks-and-mortar, to the people inside, working to make it the remarkable enterprise it is.