Signing Off On Mayor David Miller

So conventional wisdom has it as our out going mayor gives way to our incoming one, again glaringly revealing our backward belief in the fallacy of correlation proving causation.

(Simply because one thing follows another does not mean the first caused the second, people. How many times do I have to tell you that?)

Listening to Mayor Miller’s interview this morning with Matt Galloway on Metro Morning, I couldn’t help thinking that those waiting for His Worship to aurally prostrate himself before them and humbly admit defeat and beg their forgiveness for a job poorly done were going to be sorely pissed off. He did nothing of the sort. And good on him, frankly. Because if you are seriously going to look back over the past 7 years and conclude that this city is in worse shape than when Miller first took the mayor’s office than you are suffering from one of a host of ailments and quite possibly a combination of a few of them.

And your pants may even be on fire because you are a big fat liar.

Is that to say that everything the mayor touched turned to gold? Let’s not run aground on the shoals of false dichotomy here. To expect anyone, let alone our elected officials, to perform perfectly is unreasonable and the surest cause of disappointment.

The way Miller lead the charge in sweeping police actions at the G20 meeting in June under the rug was, for me, the low point in his mayoralty. No one truly concerned with civil rights could’ve urged the city to “…put what happened over the weekend behind us…” regardless of how politically expedient. In comparing police behaviour at similar gatherings around the world “…the only conclusion you can come to is that we have a police service that respects peoples’ rights, that acts with incredible professionalism…” 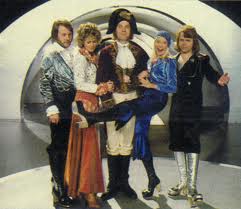 Miller said at a post-summit press conference. That obviously wasn’t true when the mayor said it and it’s painfully obvious 5 months later.

Yet it does not make me regret twice voting for him and certainly would not have stopped me from doing it again had he sought another term. Others were not so forgiving. For those writing the history of Mayor David Miller will invariably point to the Toronto Civic Employees Union strike in the summer of 2009 as his undoing, his Waterloo. As the garbage piles grew, his support dropped and when he didn’t crush the unions into oblivion, well, the only conclusion you could come to was that he caved and handed over the keys to the vault to them.

Complete and utter nonsense, of course. Pure bullshit in fact. But no matter. “A lie can travel halfway around the world while the truth is putting on its shoes,” as Mark Twain suggested. The unions won. Miller lost. He had to go.

Never mind that in engaging with the union so aggressively, Miller went where no municipal politician dared to go before. Certainly not our previous mayor, Mel Lastman, who never made a peep about such contentious matters as banking sick days when he faced a strike by the same union in 2002. 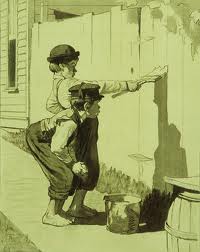 He still couldn’t come to any sort of agreement, needing provincial intervention to end that strike which, arguably, gave much more to the union than Miller did.

This is what should be the hallmark of David Miller’s time as mayor of Toronto. His resolve to wade in and deal with messy matters of governance that had to be faced for this city to progress.

Transit City. Bringing workable public transit to parts of the city that are dying on the vine without it. The mayor rightfully points out that it’s the biggest transit development the city’s had in 3 decades. Why? Forging agreement and the financial resources necessary is not very easy at the municipal level, let alone bringing the other two levels of government into the mix. So previous administrations ignored it or took half-measures to appear as if they were doing something.

Urban renewal. Especially in his 2nd term, Miller took to heart the social/economic divide within the city and endeavoured to initiate steps to address it. Thus the redevelopment of Regent Park and the proposal to do likewise with Lawrence Heights. The Tower Renewal Program to revitalize Toronto’s aging high rises.

Targeting 13 priority neighbourhoods – most inherited from the pre-amalgamated inner suburbs that had created them – in order to address issues of poverty, crime and isolation.

Of course, the irony is that these same neighbourhoods and communities Miller had attempted to reach out to soundly rejected his initiatives and voted heavily for the anti-Miller, Rob Ford. As has been written at great length both here and elsewhere, there was a failure to fully sell these accomplishments to those areas most benefiting from them. Actually, it was probably more a failure to beat back all the misinformation about them.

It also suggests that politicians of David Miller’s caliber aren’t a dime a dozen. Without him on the campaign trail, trumpeting his agenda, it withered under the assault from those seeking to undermine it for their own political gains. We somehow expected another David Miller to step from the shadows, displaying similar skills and smarts. Now we should realize he may be the exception not the rule.

The simple fact of the matter is, David Miller didn’t elect Rob Ford. We did. He has nothing to apologize for. He presented us a vision of the kind of city he wanted Toronto to be and, after 7 years, we bailed in a shocking failure of nerve. We chose easy sentiment over hard work, pithy phrases over complicated solutions. David Miller is not responsible for the next 4 years. We are.