Yes, Virginia. There Are Still Back Room Boys.

I’m not one who goes in for the dark, smoky backroom conspiracies, where doughy white guys meet up to plot their evil plans and machinations to control every aspect of our lives.

Tammany Hall’s a historic relic, smashed to bits by forces of reform and enlightenment. It’s the 21st-century, baby. Everything’s on the up-and-up. One person, one vote.

So you’ll have to excuse me if I gave short-shrift to this bit of backroom, doughy white guy display of sheer entitlement earlier this year in Calgary. As Lisa Geddes of Global News describes it, “Cal Wenzel, the founder of Shane Homes, presents developers and home builders with his plan to control city council by backing development-friendly candidates.” Damn you, liberal elite, nanny staters and your no-smoking laws! The ambiance demanded to be smoke-filled!

The secretly videoed speech caught people’s attention and subsequently mired the supposedly non-partisan Manning Institute in some icky political goo. But even the most cursory of glances at the news about next Monday’s municipal election in Calgary shows that the back room musings of a small group of men have become front-and-centre campaign issues despite the controversy.

The man himself, Preston Manning, hasn’t exactly shied away from displaying how his bread got buttered.

From a non-Calgarian perspective, there are a couple real eye-poppers from this situation that we best pay attention to.

For starters, smaller council numbers are much more susceptible to capture by special interests, let’s call it. It’s just basic math. As Mr. Wenzel pointed out in the video, on a 15 member city council (including the mayor), you just need 8 votes to have your way. That’s a lot fewer campaigns you have to pitch in and help on, a much lighter stress on the pocket book.

The future of 2.6 million people in the hands of 13 elected representatives and, perhaps, a shadowy group, organized enough with enough money to have put them in that position of power. It may seem all cleanly governable but hardly very accountable to the wider voting public.

Mull that over for a bit, and then tell me you still want to cut the number of city councillors in half.

I just might have to suspect your democratic impulses.

While his interest in the subject might be for reasons diametrically opposite to mine, Cal Wenzel’s observations on the nature of municipal government I can certainly get behind, and it’s something I’ve been saying for a while now. Ultimately, the position of mayor doesn’t matter in terms of managing the policy direction council decides to follow. A mayor can set the table and write out place cards. A mayor can demand people sit where they’re supposed to sit. But a mayor can’t make anyone eat what’s been put in front of them.

The buck stops with council and whether or not a mayor gets behind the majority of his/her colleagues is inconsequential to the proper functioning of local government. It’s the key wards in any city that will determine the ultimate outcome of a municipal election.

Piece together a working coalition and it will not matter who is wearing the chain of the mayor’s office. The blueprint has already been established.

That’s easier said than done, of course. Even easier with access to ready money and influential voices, especially those working around a singular, self-interested cause like pro-development. How do you unite around candidates representing a bigger, broader, more inclusive mandate?

Well, I would start by seeking out people who don’t use or respond well to this kind of language and thinking. “On our side or not…” “Done a really good job for us.” “There are some at city council who are totally out of control.” “As long as we have votes swinging our way…” “Unless we get somebody in there that’s on our side …”

It smacks of empire building not city building. A circling of the wagons and shrinking of consensus. Stunted democracy.

We need candidates not vetted in back rooms. Candidates who are well known in community centres and as part of tenants, residents, neighbourhood and business associations.

We need candidates who represent communities not individuals or individual interests. 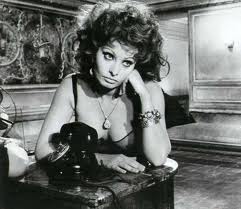 Next week Calgary mayor, Naheed Nenshi, comes to Toronto to give a speech to a sold out Canadian Club gathering at the Royal York Hotel and as far as I know he’s not going to be asking for help in retiring his campaign debt. For his part, our mayor took his act on the road a couple weeks back, going to Chicago to attend the NFC championship game. To be fair to Mayor Ford, I think precious few people would be willing to pony up $75 to watch him sweat through a speech about the finer points of civic governance. That’s the kind of thing he’d leave for his brother to do.

Mayor Nenshi has just passed the 100 days in office marker and one of his hometown newspapers decided to give an assessment of the job he’s done so far. It seems a little early to be making conclusions one way or the other. Something you’d do for less demanding jobs like President of the United States. But far be it from me to tell another city how to do things especially a city that elected someone like Naheed Nenshi as their mayor while we… well, we know only to well how that played out.

Guardedly upbeat, I would call the Calgary Herald’s appraisal of Nenshi’s first 3 months as mayor. While suggesting the enthusiasm that swept him into power has been “…tempered by some realities of running the city”, the paper points out “… observers do say Nenshi has achieved a good deal, and is nurturing a sense of optimism in Calgary, with public engagement at the forefront and not an afterthought.”

‘Guardedly upbeat’? That’d be ‘wildly buoyant’ if we were referring to our mayor’s initial days.

Now, again to be fair to Mayor Ford, he’s only officially been in office for 2/3s the time that Mayor Nenshi has so he’s still got over a month before we can really take a measure of the man but ‘nurturing a sense of optimism’ and placing ‘public engagement at the forefront and not an afterthought’ haven’t been trademarks of his administration. So far. But early March is still a long way off if we’re using 100 days as a yardstick. Maybe once Mayor Ford gets this whole pesky budget passed and off his desk, he will get down to the task of engaging with the public and nurturing a sense of optimism.

According to the Herald, the day after being elected “Naheed Nenshi stood outside City Hall and listed four immediate priorities: airport tunnel, securing money for the southeast LRT, getting through the budget and reforming city hall.” To date, he’s only accomplished one of those priorities, the budget which, to our outsider eyes, shouldn’t be a major source of concern. Building an airport tunnel, securing money for a major public transit project and reforming city hall, all seem, I don’t know, more long term.

Our mayor, busy as a beaver adhering to his election pledges, has really only succeeded in digging a bigger budget hole for the city with his cutting and freezing of taxes and, far from trimming some budgetary fat as it seems Mayor Nenshi has done in Calgary,

Mayor Ford has proposed increasing both the operating budget and staff at City Hall this year. Mayor Nenshi got his council to increase money for transit. Mayor Ford? Well, not so much. He’s proposed cutting—no wait—re-allocating transit services.

And while Mayor Nenshi has hit a stumbling block in his attempt to secure funding from senior levels of government for a proposed LRT line, our mayor has demanded scrapping an LRT plan that was already in place with oodles of cash from senior levels of government, and to replace it with a subway that would serve far fewer people in fewer communities. Why? Because he doesn’t want to get caught behind a streetcar when he’s driving his SUV to work.

Despite some setbacks or delays in policy implementation, Mayor Nenshi seems to still be enjoying a favourable rapport with friends and foes alike on the Calgary council by reaching out and listening to everyone, even those who stand in opposition on some issues to the mayor.

Like Alderman Ray Jones who thinks Nenshi is “a breath of fresh air” and is “not in your face” and “cares what other people think.” “There is far less acrimony on council,” says Duane Bratt, a Mount Royal political analyst.

Now maybe it’s too much to expect that our mayor here in Toronto would be capable of generating less acrimony on council, let alone ‘far less acrimony’ since he ran on the Acrimonious Express during his campaign. In fact, maybe it’s too much to expect anything positive emanating from this administration. If “Nenshi’s problem was he came in with very high expectations,” according to another political analyst at Mount Royal University, David Taras, Mayor Ford’s suffering from the opposite dilemma. Low to no expectations. His was not a victory about “… all the things that could be done” as is attributed to Mayor Nenshi but all the things that couldn’t be done. Not revolution but reactionism. 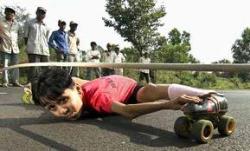 Insular pettiness, small-minded vindictiveness and willfully blind ideology have been the Mayor Ford way. It’s hard to generate much optimism with that kind of approach.

But we’re getting ahead of ourselves. It’ still early days yet. So we will endeavour not rush to judgment. However, we do think it best that our mayor stick to attending sporting events and steer clear of the lecture circuit for the time being. Maybe keep it a secret from the outside world for as long as we can about the kind of mayor we chose to elect.