Behind-the-scenes, staff have been working with a new model being developed in conjunction with the University of Toronto. That model will be used to provide new ridership numbers for the [proposed Scarborough] subway, which is backed by Mayor John Tory.

This should be setting off alarm bells, shouldn’t it?

Unless some transit planner can assure me that ridership prediction models are routinely adapted and altered to fit every situation, that there’s no one-size-fits-all model for each and every proposed transit project, this sounds, I don’t know, problematic.

A word the city’s chief planner, Jennifer Keesmaat, used back in July.

“We were not expected to go through a fulsome process because it was a politically driven process.”

But now, “behind-the-scenes”, a new model to provide ridership numbers for the proposed Scarborough subway – which Mayor Tory fully supports — is being developed. A

nd we’re expected to believe this will be a ‘fulsome process’ not in any way ‘politically driven’?

Can we just admit, right here, right now, that the proposed Scarborough subway extension eastward of the Bloor-Danforth line is nothing but ‘politically driven’? Take that variable from the equation and there is no ridership projection model anybody can design that will justify that subway in any fulsome, rational way. Let’s accept the fact the only reason we’re even still discussing such a prospect is because politicians in Scarborough (backed by a majority of other suburban city councillors) of every stripe and at every level saw it/feared it as a potent wedge issue, one they could stake/save their political careers on. It wasn’t so much Scarborough Deserves A Subway as it was We Deserve To Be Re-Elected.

This way, by being frank about the true motivation behind the Scarborough subway, that it’s nothing but politics, we can stop putting city staff into compromised positions, to paraphrase our chief planner. 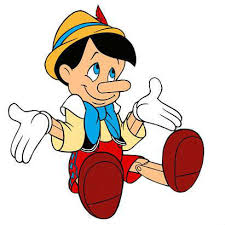 We can stop wasting their time and our money concocting reports and models for no other reason than to put a smiley face and nice bow on what is nothing more than crass, self-interested politics. Be bold, Scarborough subway supporters. As they say, the first step in solving any problem is recognizing there is one.

Yes, there is a serious projected ridership problem with the proposed subway. Recognize it, solve it. Not with new models and reports, just by accepting it and stating honestly: You don’t care. You want a subway. You deserve a subway. You don’t give a fuck about any implications like costs, the inevitable heavy reliance on operating subsidies, the fact that a subway will barely make a dent in providing better public transit to Scarborough.

Embrace your acceptance of pursuing bad public policy for personal electoral gain. Be honest with us. You’ll get high marks for that, at least.

And, it’ll free up staff time to get on with trying to keep the city functioning in the face of your continued self-interested assault on it.

This entry was posted on Monday, September 21st, 2015 at 12:23 pm and is filed under City Building, City Council, Municipal Politics, Newspapers, Public transit, Race 4 Mayor, Toronto Star. You can follow any responses to this entry through the RSS 2.0 feed. You can leave a response, or trackback from your own site.