So proclaimed former city councillor and transit advocate, Gordon Chong, in this weekend’s Toronto Sun, and in one sentence putting out there EVERYTHING that is wrong with the Gardiner East’s “hybrid” supporters – led by Mayor John Tory — argument. 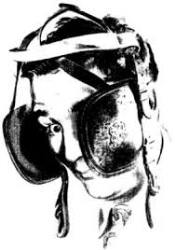 They cannot get see a future that will not be exactly like the past, their past.

That no one I’ve ever heard (or, at least, taken seriously) has stated that the private automobile is going the way of the dinosaur is of no consequence to “hybrid” proponents. Hyperbole and the assigning of extremely held beliefs to opposition voices is the hallmark of those pushing policy that lacks any sort of evidentiary base. The entrenched status quo sees any change as wild-eyed and unthinkable revolution. Utopian. Idyllic. Latte-sipping.

The fact that driving patterns have changed since the Gardiner first went up seems of little consequence to unabashed automobile enthusiasts like Gordon Chong. The number of drivers using the Gardiner, the ENTIRE Gardiner, during peak commute hours has remained relatively stable since the 1970s despite the explosive growth the GTAs have seen in the period. Why? Because there is only so much road space. Only so many cars can fit onto it at any given time.

So people use alternative methods to get around the city and region. Public transit, for one. There’s where you’ve seen a corresponding EXPLOSIVE GROWTH to our population boom. Despite what the TTC CEO called this morning “a chronic lack of funding” for public transit in this city, people in greater numbers keep using it. 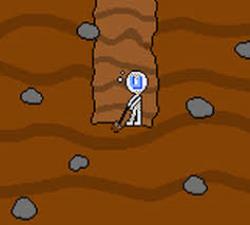 Still, “hybrid” supporters don’t think it’s up to the task of accommodating whatever overflow may occur if the elevated portion of the Gardiner East is removed.

Which is a funny position to take because, looking at the morning rush hour to downtown (that is where the Gardiner east is located), there isn’t a ward in the city that has more than half its commuters driving. (h/t Laurence Liu). Fun fact? In Ward 2, the beating heart of Ford Nation, transit users coming downtown in the a.m. outnumber drivers, 77%-22%. You read that correctly. Unfortunately, I can’t capitalize it for emphasis.

Driving has become only a component of how people move around the city and not the primary one either, certainly not downtown. There is a shift in our relationship to automobiles. Many more of us aren’t experiencing the freedom we’re promised in car ads. Trends suggest more people are settling down into the core. Driving becomes less desirable.

That’s before we even get to the hard charging technology of driverlessness which promises to alter not only the occupant’s experience but the efficiency with which traffic flows. Will it? Who knows? But pretending it won’t possibly be a factor is tantamount to suggesting computer chips haven’t changed how we live our lives.

Refusing to accept reality, though, is a big part of the “hybrid” game plan. 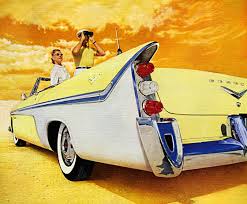 It’s no mistake in his speech yesterday to the Empire Club Mayor Tory raised the spectre of Fred “Big Daddy” Gardiner, the first chair of Metro Council and the political architect of urban expressway building in Toronto. The mayor talks Gardiner, and speaks of cars and driving, while ignoring process.

Gardiner (the man) threw his energy into making Toronto car-friendly because he was operating on the best available evidence of the time. The private automobile was about the future, with cheap gas and limitless land in which to build our suburban getaways as far as the eye could see and the mind imagine. It’s easy, with more than half a century of hindsight, to roll your eyes. What were they thinking?!

Unless, of course, you support the “hybrid” option. You can’t let go of that thinking. As it was, so it must ever be. Mayor Tory touts Fred Gardiner. Who can argue with Big Daddy, am I right?

In their mind, as expressed by Gordon Chong in the Toronto Sun, “ …an expressway under Lake Ontario is the REAL VISIONARY FUTURE [capitalization mine], much like the Bloor Viaduct was decades ago.” Build more car infrastructure! Screw the cost (BOSTON) or technical nightmares of tunneling near water (SEATTLE). This ‘guerilla war fought against the car for decades’ must come to an end. Driving is not the source of congestion. 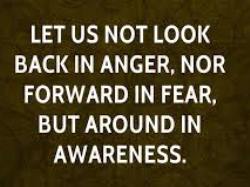 Not enabling more driving is.

It’s not that cars are NEVER going to disappear (although, it seems, they do if you take road space away from them). It’s the zombie-like belief Gordon Chong, Mayor Tory and all the other “hybrid” supporters hold in the primacy of cars as the transportation mode people will use that refuses to die or, at least, face reality. Driving habits have already changed since the time of Fred Gardiner. Evidence heavily suggests it’s a trend that will continue into the future. Investing unnecessarily to fight congestion in the name of cars is doing nothing more than fighting the future, and investing in a dream Fred Gardiner had more than 50 years ago.

As it turns out, a dream that has not aged particularly well.

This entry was posted on Tuesday, June 9th, 2015 at 11:33 am and is filed under CBC, City Building, City Council, Municipal Politics, Newspapers, Press coverage, The Toronto Sun, TTC. You can follow any responses to this entry through the RSS 2.0 feed. You can leave a response, or trackback from your own site.

4 Responses to CAPITALIZING The Future