Frankly, I’m beginning to suspect Mayor John Tory’s business smarts as much as I’ve become dubious of his approach to 21st-century urban issues. 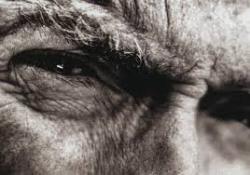 According to the Toronto Sun’s Don Peat, on some morning talk show today, the mayor expressed the notion that, what Toronto needs are ‘big events’ to get people to come to the city. You see, he’s heading down to Austin in a couple days to attend the South By Southwest Festival and wants to sell Toronto as a place that could do that kind of business. Forget for the moment that Toronto regularly does do that kind of business. Why, in fact, the city’s home to more than just one music (or “pop culture”, as the mayor refers to it) event a year. There’s nothing wrong with trying to improve how you do it, learn from other places.

It’s just… these “big event” mayors and their circuses.

What does it say about their view of the city they represent? In order to draw people here, we need to lure them with big ticket events. Musical and film festivals. Sporting events. Casino and ferris wheels.

How many destinations, cities especially, do you visit for one thing? I mean, you go to Atlanta because it’s hosting the Olympics. Is that what really draws you to London? Yeah, yeah. I hear you. Toronto’s no London. Fair enough but, how about Chicago as a comparison. If you go to Chicago, do you go for just one reason?

Cities attract tourists for a combination of reasons. Places to see. Things to do. Ease of getting there and getting around. And an unquantifiable quality of delivering something, a vibe let’s call it, visitors don’t get at home.

Does Toronto possess that vibe? I don’t know. It’s tough to judge from the inside but I’d say in fits and starts. But I’m pretty sure some ‘big event’ isn’t going to be the tipping point that secures us that ever so elusive label of ‘world class’.

I’d be much more enthusiastic about the mayor’s push for attracting more tourists if, instead, he was out advocating for the city’s ability to implement a hotel tax. Use that money directly to help pay for our desperate infrastructure needs that would go a long way to improving the city’s ability to attract visitors. Maybe while Mayor Tory is down in Austin, he can ask the mayor there about that city’s Hotel Occupany Tax.

And maybe on his way back home from Austin, our mayor should do a quick layover in Minneapolis. Set up some meetings there with company mucky mucks, ask them if they keep their businesses in the Twin Cities because it’s – How did he say it on the radio today? ‘Technology jobs come because it is a cool, hip place to be’?

Really? Is that businessman John Tory’s read on things?

Companies with their 21st-century technology jobs set up shop where it’s groovy to do so? Somebody needs to take that Richard Florida book from the mayor or, at least, try explaining it a little deeper for him. (That isn’t what Florida meant by the ‘creative class’, is it? I haven’t read it.)

“No other place mixes affordability, opportunity, and wealth so well,” the Atlantic says of Minneapolis-St. Paul in its article, The Miracle of Minneapolis.

The Minneapolis–St. Paul metro area is richer by median household income than Pittsburgh or Salt Lake City (or New York, or Chicago, or Los Angeles). Among residents under 35, the Twin Cities place in the top 10 for highest college-graduation rate, highest median earnings, and lowest poverty rate, according to the most recent census figures. And yet, according to the Center for Housing Policy, low-income families can rent a home and commute to work more affordably in Minneapolis–St. Paul than in all but one other major metro area (Washington, D.C.). Perhaps most impressive, the Twin Cities have the highest employment rate for 18-to-34-year-olds in the country.

The top 10 ‘for highest college-graduation rate, highest median earnings, and lowest poverty’ among under 35 residents. ‘The highest employment rate for 18-to-34-year-olds in the country’.

That hip and cool enough for you, Mr. Mayor?

It seems no one festival or big event has done the trick for Minneapolis. Apparently it has more to do with a history of equitable sharing of resources and tax dollars that has built affordability into the equation. People stay, and work and live and raise families, because they can afford to. Rather than depending on attracting business to it, the Twin Cities have a history of developing their own businesses, maintaining a critical mass of management level workers who deliver a smooth continuity.

Of course, it’s far more complicated than that. Minneapolis didn’t create such a scenario itself. The state bought into the concept as well. And I’m sure there’ll be plenty of huffing and puffing about Toronto not being Minneapolis, bigger and more diverse, yaddie, yaddie, yaddie.

My point being, it’ll take far more than some one-off shazzam big event to deliver the economic impact the mayor is hoping to score in his search for Jobs, Jobs, Jobs. Being hip, I don’t think, is really much of a substantive business plan. Mayor Tory seems to be mixing up cause and effect.

Transforming an economy takes a lot more than simply ‘selling the city’. It requires some boldness in thinking based on frank discussions about the realities you face. So far, our businessman mayor has opted merely to be a showman, relying on cheap optics and empty rhetoric to give the impression of doing something.

This entry was posted on Tuesday, March 17th, 2015 at 10:55 am and is filed under City Building, Municipal Politics, Newspapers, On The Road, Press coverage, The Toronto Sun. You can follow any responses to this entry through the RSS 2.0 feed. You can leave a response, or trackback from your own site.