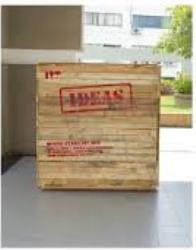 Last week in The Grid, Edward Keenan laid out an extensive campaign platform, urging municipal candidates to steal it from him. Since the official start to the race on January 2nd, we here at All Fired Up in the Big Smoke have been thinking similar thoughts, building a 10 point policy proposal of our own in the hopes that it might help contribute to the election conversation. Our Municipal Governance Election Manual, we’ve dubbed it and, like Mr. Keenan, we too advocate for any and all candidates to shamelessly pilfer from it, picking and choosing the elements they like and agree with, and hopefully, expanding on them, fluffing them out to reveal a beautiful and beguiling plumage.

The manual lacks the specifics of Mr. Keenan’s platform. It could be because we’re less exacting and fundamentally lazier than he is. But we’d like to think it has to do with wanting to keep it more general in order to encourage interested candidates to adopt and make them their own. Fill in the particulars. Personalize it.

Today for the first time, we’re listing our ideas all in one post to spare everybody the hassle of clicking through all the annoying links and keeping all those tabs open (although we have kept links to each of the 10 points if you want to read about them in more detail). You’re welcome, Toronto. 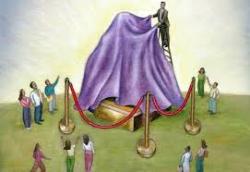 So, here it is, All Fired Up in the Big Smoke Municipal Governance Election Manual:

1) Residents of Toronto are more than taxpayers. We live here. We work here. We play here. We raise families here. The taxes and user fees we pay are simply the cost of doing all these things.

Living in a city, being part of the life that goes on around you, should be tabulated by more than what it costs. Referred to as merely a taxpayer ignores the grander social element of being a city-zen. As Charles Montgomery writes in Happy City, “The city is ultimately a shared project…a place where we can fashion a common good that we simply cannot build alone.”

2) A city is only as good as its public realm. The post-war flight from the public good to private interest has undercut a sense of shared experience in city life. Detached, single family homes, dispersed on big lots, the automobile, shopping malls all represent an elevation of the individual good, a buffer against a collective enterprise.

Take the car (please!) for example.

Huge swaths of public space is designed, built and maintained exclusively for the movement of single individuals driving in their cars. Suggest a more equitable arrangement for other ways to get around, and somehow it’s declared a war. Find somewhere else to go. This is ours.

Again, Charles Montgomery in Happy City: “Rome rose as its wealth was poured into the common good of aqueducts and roads [not just for chariots – me.], then declined as it was hoarded in private villas and palaces.”

Disproportionately favouring one mode of how we move around this city puts people who don’t need to, want to or can’t afford to use that mode as their primary source of transportation at a disadvantage. Especially if that mode is the least efficient way of moving the most amount of people around the city. It carves out public space in favour of private use.

The only rational, civic-minded approach a municipal candidate can take in terms of transportation policy is a pledge to re-arrange the priorities that have been in place for decades and decades and decades now. It’s been said many times by many people but the goal should be about moving people not cars. Candidates need to be saying it louder and more often.

4) Taxation. Ugghhh. It’s time we stopped referring to taxes as a burden and recognize them for what they are. The only way we build a better city, with a better public realm and provide the most opportunities for the most people.

There’s no other way, folks. Anyone who tries to convince you otherwise, that there’s some magical way out there that we can get everything we want without paying for it is either lying or delusional. Maybe both.

I heard it said at a recent deputation at City Hall, a request to ‘tax us fairly, spend wisely’. We can debate until the cows come home on the concepts of ‘fairly’ and ‘wisely’ but we need to move on past this silly, selfish idea that taxes are bad, a burden. Harkening back again to Charles Montgomery, “The city is a shared project…a place where we can fashion a common good that we simply cannot build alone.” And in the words of one former mayor (more or less), a great city, a prosperous city, a fair city does not come for free.

5) The urban-suburban divide. Governing this city does not have to be a zero-sum game. I mean, it does if you’re trying to promote divisiveness as a political strategy. We are not complete aliens to one another, we Torontonians. Many have grown up in the suburbs and moved to the inner core. Others the reverse.

Of course, some of the challenges we face are different and need different solutions, depending where we live, where we work, where we go to school. One size does not, cannot fit all. But any approach to fixing the problems that currently plague us as a city shouldn’t come at the expense of others. It needs to come at the expense to us all.

7) Civic audacity. Cities, communities, neighbourhoods, streets aren’t built or created on a foundation of no. Aiming higher will yield better results than lowering expectations and demanding little. We need a sense of daring in the face of things that aren’t working. Accepting a broken status quo because that’s the way things have always been done is the surest way to perpetuate both a sense of decline as well as decline itself. 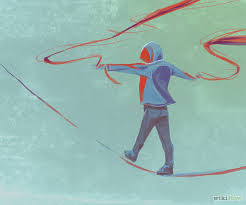 8) Social justice. If you’re not interested in working for a city that improves the lives and opportunities of everyone living in it, your motives for running for municipal office are suspect. A city pockmarked by inequity, poverty and the daily grind of precariousness is not a place utilizing its greatest resource: the people choosing to live there. Social justice cannot be an abstraction, delivered with an empty slogan. It must be the cornerstone – the policy initiative core — of any municipal politician’s campaign platform.

9) Business plan. Live, play, work. A healthy city must provide all those opportunities for all its residents. None of the three can function properly if any of them aren’t.

Like so many other cities in developed nations, Toronto is undergoing a fundamental workplace change. The manufacturing base has collapsed. Fortunately, the local economy is a diverse one with a firm foothold in both the information and service sectors.

With limited tools at their disposal, municipal politicians must make the best of what they have. Their business strategy has to be more than just promising low taxes, however. They must lay out ideas how to make the city a more attractive place to not only invest in but to work in. Good business instincts aren’t exclusively about saving money.

10) Rave don’t rage. In many ways, this one’s just a summary of our summary. Using elements of the previous 9 points, our local representatives have to endeavour to make the city sing. We hear talk of wanting to attract the best talent in all walks of life to the city, the best and the brightest, the most innovative and hardest working. You do that by building a city that nobody could imagine living anywhere but there. A place people believe will best provide the necessary conditions for them to flourish, to find fulfilling relationships, raise a family, grow old in.

The city entices because it is enticing.

You want a city people want to live in not one they wind up living in reluctantly, because they have to. In order to do that, you have to show the place a little love, endeavour to do the impossible, stop short-changing it. You need to turn the level of expectation up to 11.

Let me add a final point to this already lengthy post.

11) This doesn’t have to be a blood sport. Sure, elections are tough, sometimes unruly affairs. They are a competition after all.

They don’t have to be cutthroat, however. Fierce is different than vicious. Winning ugly tends not to translate into governing pretty.

Convince us why we should vote for you, why your ideas are better than the other candidates. We can assess your opponents on our own, thank you very much. We don’t need your help in discovering their weaknesses and flaws. Travelling down that path only really makes you look petty and insecure, unfit for public office.

This entry was posted on Sunday, March 16th, 2014 at 1:47 pm and is filed under City Building, City Council, Elections 2014, Municipal Politics, Newspapers, Press coverage, Race 4 Mayor. You can follow any responses to this entry through the RSS 2.0 feed. You can leave a response, or trackback from your own site.