I know what you’re thinking.

Olivia Chow’s in the race to be mayor of Toronto. She’s got his vote.

She was my city councillor until 2006. She was my MP until yesterday. I voted for her every time there was an opportunity.

But my vote on October 27th is not a given.

Here’s what Olivia Chow in her campaign to be mayor of Toronto has to do to ensure my vote.

She has to embrace every aspect of her progressivism and repudiate everything that the current mayor, Rob Ford, stands for. There is nothing, nothing, of this mayor’s record that should be embraced or applauded. His 3+ years in office have been an unmitigated disaster for this city. 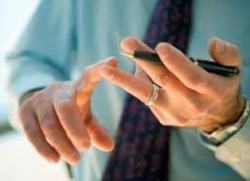 Ms. Chow must not miss any opportunity to point that out.

I do not want to hear hedged talk or cautious goals. I want a full, warm embrace of real city building, an acknowledgment of the responsibilities we have to make Toronto a healthier, more sustainable, more equitable place to live. I don’t want to see any ducking away from the inevitable epithets thrown in her direction, that have already been trotted out in expectation of her entrance into the race. Tax-and-spender. Yeah? What of it? That’s what people elect politicians to do. Tax fairly. Spend wisely.

While I recognize Ms. Chow was only around for a part of David Miller’s tenure in office and she could try and keep her distance from his record, I’ll become suspicious if she does so. There’s nothing to be ashamed of, especially in light of what’s come later. In fact, now is the time to set that record straight. That we were never on the precipice of fiscal ruin. That we weren’t being nickel-and-dimed to death by overly onerous taxation.

That the gravy train was nothing more than an effective campaign concoction.

Olivia Chow also needs to come right out of the gate with a realistic transit plan that is not designed to mollify parochial concerns. As the federal transportation critic for the NDP, she was conspicuously silent during the last Scarborough subway debate. Perhaps she felt it wasn’t her fight to fight. Now it is. How she proceeds on this issue will go a long way to how I wind up casting my ballot.

As a left of centre voter my support should not be taken for granted or assumed to have nowhere else to go.

With only one declared major candidate on the left right now, the other contenders realize they have to chip away at that base if any of them have a hope to win this time around. They have to roll out their progressive cred, as it were. 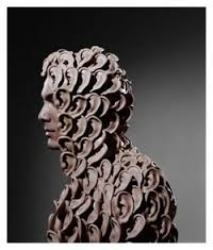 Woo those voters who aren’t yet or never will be able to bring themselves to vote for an NDP labeled candidate.

I will be listening to their pitch too.

Truthfully, I’ve already ruled out Mayor Ford and Councillor Karen Stintz. Neither one of them has shown any progressive stripes while in office. John Tory makes a big stink of his red Tory politics but certainly coming out of the gate he’s shown off none of that, relying so far on flying monkey attacks on Chow’s fiscal record and alleged use of public resources to kick off her mayoral campaign. You can’t team up with the dark side and not expect to collect any of that dirt on you.

That leaves David Soknacki so far as the reasonable voice of the centre-right big name contenders. He’s certainly made meaningful announcements about the Scarborough subway and transit file. I’ll wait patiently to see what else he has to say and the policies he rolls out. (I’m even prepared to overlook his first serious gaffe, yesterday uttering some divisive suburban vs. urban nonsense to greet Ms. Chow’s entry into the campaign). It’s a long race.

There’s no need to decide on anyone yet.

And don’t forget. I’m not afraid to cast a ballot on a long, long, long shot, doing so in 2010 on Himy Syed. While the stakes seem higher this election, we now know exactly what damage can be done and not what damage may be done, I will not be beholden to voting strategically and settling for a lesser of two evils. I’d really like to go out and vote without holding my nose and believing I was making a positive contribution to Toronto’s future.

That possibility exists currently. Let’s cross our fingers and hope it stays that way.

This entry was posted on Thursday, March 13th, 2014 at 8:38 am and is filed under City Building, Elections 2014, Municipal Politics, Newspapers, Press coverage, Race 4 Mayor, The Toronto Sun. You can follow any responses to this entry through the RSS 2.0 feed. You can leave a response, or trackback from your own site.