Is Not Bad Good Enough?

Councillor Gloria Lindsay Luby (Ward 4 Etobicoke Centre) seems like a nice enough person. In the current toxic political atmosphere at City Hall where ugly Tea Party conservatism sits at the seat of power (at least, it did for awhile)

and the opposition to it rabid, she comes across like a moderating voice. Soft suburban centre right with a smiley face. All southern-like charm and mint juleps.

Anyone who has drawn the indignant ire of the Ford clan as regularly as Councillor Lindsay Luby has – A waste of skin, anyone? – is alright in our books.

She is a self-proclaimed conservative. She is from Etobicoke. There are times when her biggest concerns seem to revolve around lawn care and road maintenance. A throwback to an earlier era. Something of an anachronism and somewhat out of place on a big city city council. Mayberry meets Metropolis.

The councillor’s not a big fan of taxes but she does like her mechanized curbside leaf collection. Free plastic bags are an absolute necessity. A fully staffed environmental office? M’eh.

There is such a thing as too much funding for student nutritional programs. Consider cutting the size of city council in half? Nope. Ranked ballots and permanent resident voting? Nope and nope.

It’s pretty much steady as she goes government for Councillor Lindsay Luby. Let’s not shake up the status quo. This is a nice town. That’s never been the demographic in these parts.

Granted, there have been times when the councillor stands up to speak at council and you think, oh wow!, she’s going to do something unexpected. She reasons through an issue, sounding convinced that it’s time to alter course, that we’re going to see a different Councillor Lindsay Luby. And then, boom. She doesn’t and we don’t. Concern expressed but not resolve.

A glance through Matt Elliott’s council scorecard for this term also shows something of a higher rate of absenteeism for votes by Councillor Lindsay Luby. Admittedly, it is a small sample size, only some 105 of the votes cast over the past 3+ years. The councillor has missed 19 of them, which is only 18% but that puts her right up there with serial vote skipper, Councillor Giorgio Mammoliti (Ward 7 York West), and he actually missed some of the votes due to illness. Even compared to the likes of Councillor Mark Grimes (Ward 6 Etobicoke-Lakeshore) who, on the best of days seems like he’d rather be anywhere else other than sitting through a city council meeting, 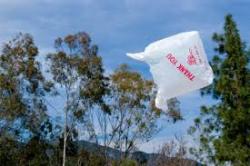 While it may be unfair to the councillor to truly judge her performance based on this term alone, it has been, frankly, nothing more than a series of one distraction from governance after another, she hasn’t stood as a champion of anything notable. At least not in any sort of forward thinking direction. She really wanted the 5 cent fee for plastic bags gone. And she was point person for the fight against the Humbertown redevelopment in her ward. A fight that, to her credit, didn’t wind up going to the OMB, proving that you can fight City Hall if you’re an affluent neighbourhood with the money to draw up your own set of alternate plans.

But we already knew that, didn’t we.

Councillor Lindsay Luby is a long time Etobicoke city councillor, dating back all the way past amalgamation to 1985. Her toughest fight came last election when the Ford juggernaut tried to finally take her out. That opponent, John Campbell, is back for another run at her this time out but if nothing else, Ms. Lindsay Luby has shown a scrapper’s instinct and will not be easily unseated.

Ward 4 could do worse, I guess. Certainly compared to the hideousness of some of the right wing representation thrown up at us from Etobicoke, Councillor Lindsay Luby is something of a cool breeze.

But ‘could do worse’ is hardly a ringing endorsement. The flip side is it could also do better. Until Etobicoke starts trying to do better, starts electing local politicians prepared to meet the demands and challenges of the amalgamated city in a 21st-century way, it will continue to be a soft spot in Toronto’s governance model. A recalcitrant partner in shaping the city in the ways it needs in order for it to perform in any sort of fully functional manner.

This entry was posted on Tuesday, March 4th, 2014 at 10:06 am and is filed under City Building, City Council, Elections 2014, Municipal Politics, Newspapers, Press coverage, The Globe and Mail, Toronto Star. You can follow any responses to this entry through the RSS 2.0 feed. You can leave a response, or trackback from your own site.

3 Responses to Is Not Bad Good Enough?