A Farewell To Mike

With the same grace and class he displayed while serving his time on city council, 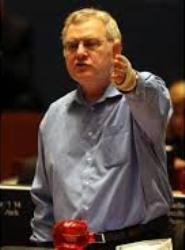 Mike Del Grande announced he would not be seeking re-election to Ward 39 Scarborough-Agincourt. Which is to say, he’s basically intent on burning the place to the ground on his way out the door. So long, suckers. You won’t have Mike Del Grande to kick around anymore.

After what will be 11 years in office, the councillor and former budget chief doesn’t seem to have a good word to say about anyone or anything. To accentuate the dyspepsia and kick up the bile and acrimony a notch or four, the Toronto Sun’s tapped their former City Hall scribbler and now on book leave author, Sue-Ann Levy to transcribe Councillor Del Grande’s farewell note. There will be blood, spilt, mixed with the usual bit of meandering, pointless prattling.

“It [the dynamic at City Hall] gets very nasty, very personal and I just don’t want to be part of that anymore,” Councillor Del Grande tells Sue-Ann. “I just detest that.”

This from a man who I can’t remember ever turning on his microphone at council or committee meetings without eventually shouting at somebody, everybody. 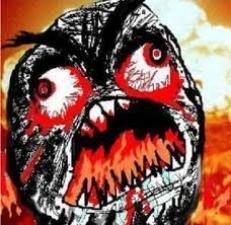 His colleagues, deputants, visiting members of the public.

His spiteful adieu is nothing short of pure psychological projection. The gruffest, least cordial member of city council signs off, accusing everyone else of being meanies. Mike Del Grande, an oasis of calm and civility in a desert of nasty.

Usually I could stop and at least applaud a person for the years of dedication to public service. Clearly the man’s time in office did his health no good. As he reminds readers, as budget chief, he worked 75-80 hours a week without help from anyone. Just him, his cross and a handful of nails.

I really can muster no good thing to say about Mike Del Grande as an elected official.

Surprisingly, the one person he sort of holds his fire with is Mayor Ford. Yes, he has his problems with the lying and imagines the substance abuse probably affected the mayor’s professional performance. But no mention of that time during Del Grande’s third and final budget, where he worked 75-80 hours a week all on his own, when the mayor wound up voting against him, instead whimsically getting behind a zero % property tax increase thrown up by Councillor Giorgio Mammoliti. 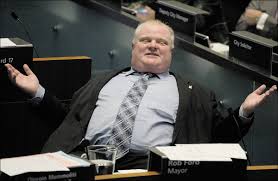 Thanks for the effort, Mike. It’s just, there’s optics to think about.

None of these shortcomings, it seems for Councillor Del Grande, were the fault of the mayor. It was the elites who never recouped from Ford’s unexpected rise to power. Or the gutter journalists, with their mob mentality, refusing to cut the guy a break.

No. In fact, the councillor shows a grudging respect for Rob Ford, and his lack of political correctness. “He was a very good Dr. Jekyll and Mr. Hyde,” Del Grande dictates to Sue-Ann, going on to say that he “actually enjoyed watching Rob Ford the councillor ‘go bonkers’”.

Remember. The councillor told Sue-Ann that “the ‘level of decorum (and) personality attacks’ at council factored highly into his decision not to run again. In fact,” she continues, “there were times he was so ‘disgusted’ with the conduct of his colleagues, he walked out of council meetings.” 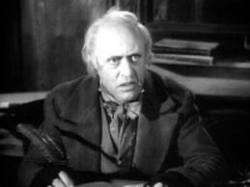 Evidently, Councillor Del Grande draws some sort of distinction between a lack of decorum and enjoying watching somebody go bonkers.

What I think Mike Del Grande should be remembered best for, aside from his totally misguided attempts to right the fiscal ship of the city, is his pithy and totally respectful response early on in his tenure as budget chief. “We need firm discipline. I get a little concerned when we start making arguments about the widows and orphans. Negligibles add up. We cannot afford to do everything that everybody wants us to do… the 2011 budget is cupcakes. We tend to spoil everybody. We need to learn to say ‘no.’”

Oh, the poor widows and orphans, always wanting their cupcakes. And I suppose they want to take off work early on Christmas Eve!

If Mike Del Grande possesses a decorous or generous bone in his body, I never saw it on display. His demeanour and the tenor he brought to City Hall never much wavered from pure vitriol and mean-spiritedness. 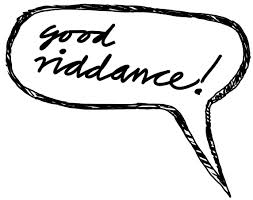 He was the exact problem he bemoaned of in others but somehow everybody else was to blame, never Mike Del Grande.

I wish the man well in whatever future endeavours he pursues and hope he finds some sort of peace and well-being. But, I for one, feel free to say that his malignant presence at City Hall won’t be missed. He represented the worst, most penurious of our civic instincts. Our municipal government will be better off in his absence.

This entry was posted on Sunday, February 16th, 2014 at 2:03 pm and is filed under Budget, City Council, Municipal Politics, Newspapers, Press coverage, The Toronto Sun. You can follow any responses to this entry through the RSS 2.0 feed. You can leave a response, or trackback from your own site.

2 Responses to A Farewell To Mike