I was shocked. Equal parts to the news, and with my reaction to it. 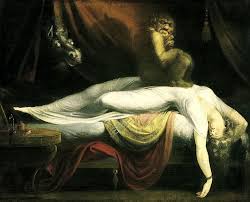 But this isn’t a celebrity obituary. I’ll leave that in the hands of the professionals, like Norman Wilner over at NOW. “The landscape of American cinema is hollowed out.”

Some of the disbelief at the news was due to a matter of his age. We are of similar vintage. So your natural reaction (at least, I hope other people reacted similarly and I’m not just some self-absorbed asshole) went something along the lines of, Holy shit, that’s young! Followed by the macabre relief that drugs, a certain kind of celebrity levelling drug in fact, may well have been the cause. Phee-ew! At least that’s not one of my vices that’s going to kill me.

Even more unfortunate, I think, is the next response.

He had so much to live for. Three young children. A limitless professional future. What a shame.

While all true for sure, it seems to suggest that for only those with something or someone to live for should we mourn their untimely exit. Such risk taking behaviour in those possessing a bright future strikes us as inconceivable. There must’ve been some terrible demons. What sort of demons was he battling to take such risks?

Something we’re either running away from or trying desperately to catch hold of.

And something we know plenty about currently in Toronto, watching our very own tragic morality play unfold in real time with our chief magistrate in the lead role. Today’s release of Robyn Doolittle’s book about the mayor, Crazy Town, will only beef up the narrative of a man chased by unhealthy family dynamics into a life of unhealthy behaviour. He has it all, wealth, power, fame. What drives him to such extreme, outrageous behaviour?

(In the odd irony of this particular situation, Hoffman was often touted in the Toronto parlour game of Who Would Portray The Mayor in the imaginary film of the Rob Ford story. The second choice after Chris Farley who was unavailable due to having died from a drug overdose more than 15 years ago. Like an onion, peeling back layer after layer.)

The thing is, very few people go through life without a demon monkey on their backs. Some are lighter to carry than others. Some people develop the tools to better deal with them. Many of us are just genetically luckier, hardwired in such a way that makes coping with the demons easier. Or our environment just so happens to be such that we aren’t battling those demons on our own.

Not many of us, at least at some point of time in our lives, don’t have something to live for. For lots of folks that time may drift further and further away as they struggle more and more with the demons haunting them. But any death resulting from addiction needs to be mourned as a terrible waste because it is a terrible waste, no matter if it happens in a nice Manhattan apartment or in a dark alley beside a dumpster somewhere.

Compassion and empathy arise out of the acceptance that each of us is bedevilled in some fashion or another. That doesn’t mean we continually excuse bad or outrageous behaviour, shrug it off as just some coping mechanism. We all have to live with one another after all. But we also need to make space for our slip-ups and missteps in the hopes that all of us can find some peace or equilibrium before that one mistake ends any possibility of that ever happening.

This entry was posted on Monday, February 3rd, 2014 at 1:30 pm and is filed under Philosophical Musings. You can follow any responses to this entry through the RSS 2.0 feed. You can leave a response, or trackback from your own site.