This one’s a long shot.

As divisive and stridently ideological as the mayor and his councillor-brother are and have been, in terms of divisiveness and hidebound anti-tax, small/anti-government sentiment, Councillor Minnan-Wong has matched them step for step. Set aside his new found abhorrence of the mayor’s personal behaviour over the past year or so — their ‘personal’ politics couldn’t be more different – when it comes to politics politics, Councillor Minnan-Wong and the Fords are soul mates.

Yes, the councillor called the mayor out on his cowardice yesterday at Executive Committee for failing to put the money where his mouth is especially when it came to the Scarborough subway. 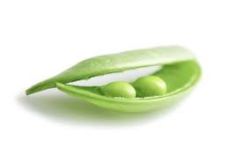 He is positioning himself as a more reasonable conservative than the mayor. Well, good for him. Who isn’t and still maintains the ability to walk upright?

But don’t be fooled by this attempt at political relativity. Councillor Denzil Minnan-Wong is second to only one in his hatred of taxation and the attempts of government to have a positive effect in people’s lives. He was as anti-David Miller as they come, being part of the right wing Responsible Government Group established in opposition to the Miller administration. He lustily embraced the role of henchman for Mayor Ford during the early years, using his powerful position as chair of the Public Works and Infrastructure Committee to roll back a number of key initiatives the previous council enacted. 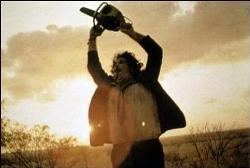 The environmental assessment in progress to study various options of what to do with the eastern portion of the Gardiner Expressway? Quietly shelved, work on it stopped. Hey. What’s going on in Kristyn Wong-Tam’s ward? Let’s fuck some of that shit up, shall we?

Councillor Minnan-Wong may tout himself as a devout fiscal conservative but what he really is is a destructive conservative. None of the actions in the previous paragraph saved the city any money. In fact, the delay caused by ignoring council’s request for the Gardiner EA will wind up costing the city more in the long run as we have to ad hoc patch and maintain parts of the expressway while waiting longer than we needed to for EA to be finished.

Even the councillor’s righteous indignation at the Scarborough subway Mayor Ford’s unwilling to pay for is, what would you call it? Rich? 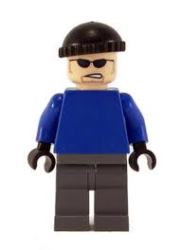 Councillor Minnan-Wong was in the majority of TTC commissioners who engineered the ouster of then CEO Gary Webster at the mayor’s behest for having the temerity to oversee a report that recommended maintaining the course of LRT building rather than throwing money at a phantom subway. So, he sort of helped set fire to transit plans already in place and ushered us into the next phase of uncertainty and delay.

Hold on, you might be saying at this point. Maybe we won’t have to worry about Denzil Minnan-Wong creating havoc as a councillor at City Hall for much longer. He’s rumoured to be looking at a run for mayor.

Well, maybe. I just don’t see it happening, though. For a couple reasons.

With the news this week of John Tory definitely maybe jumping into the race, joining Mayor Ford, David Soknacki and (soon) Karen Stintz, all to the right of centre, there’s precious little room left on that perch for Minnan-Wong. Unless he has something up his sleeve, the big back room guns and money will have already found a place elsewhere. And how exactly is he going to position himself? More conservative than the others, less outrageously unpredictable than the mayor. 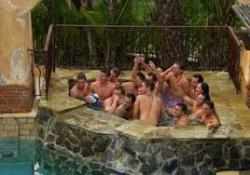 It’s the sound of the slicing and dicing of the centre-right vote into smaller and smaller bits.

Besides, ignoring political differences for the moment, Councillor Minnan-Wong just doesn’t strike me as an overly appealing candidate. Whatever the populist appeal is that Mayor Ford has (and I’m told he has it although it remains a mystery to me), Councillor Minnan-Wong ain’t got it. Watching him work council chambers, he seems ill at ease with anyone not wearing a suit and lobbying some issue or another. He’s like that guy we all know who isn’t nearly as clever or funny as he thinks he is.

It’s impossible to imagine him making much of a dent into the loyalist Ford base which leave him trying to capture the rest of the conservative vote as he’s certainly dead to anyone sitting centre-left. Just don’t see the numbers breaking his way.

So that leaves us with the prospect of another term of a Councillor Denzil Minnan-Wong.

As entrenched an incumbent as he is, I mean, the guy’s been at City Hall, some city hall, since 1994 and he captured over 50% of the popular vote in 2010, there is a slight glimmer of opportunity. 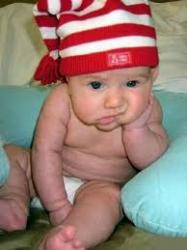 In the last 3 elections, the councillor’s share of the popular vote has declined each campaign from a high of over 70% in 2003 to 53% last time out. Perhaps the longer voters in Ward 34 see Councillor Minnan-Wong, the less they take to him.

And they have seen a lot of him in the past 3+ years, doing what he’s good at. Gutting the city from the inside out under the banner of faux fiscal conservatism. Responsible government? Hardly. A small-minded bean counter with little regard for healthy city building.

Somebody really should take a crack at forcing him to answer that question in 2014.

This entry was posted on Thursday, January 23rd, 2014 at 1:18 pm and is filed under City Building, City Council, Elections 2014, Municipal Politics, Newspapers, Press coverage, Toronto Star. You can follow any responses to this entry through the RSS 2.0 feed. You can leave a response, or trackback from your own site.

6 Responses to My Conservatism’s 4 Realz!