I wish there were times when I could simply agree with the mayor. Just flat out, nod my head, flash two thumbs up and say, the dude’s right. 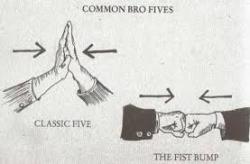 On this point, the mayor and I are completely simpatico. Now let’s go stormin’ the Sex Laser dance floor. It’s Triumph, baby!

It’d be a display of, I don’t know, rare bipartisanship. Proof that I don’t categorically dismiss everything Mayor Ford stands for simply because it’s Mayor Ford. He says up, I say down. He says black, I say white.

There you have. Mayor Ford and I agree. No 2024 Olympic bid for Toronto.

And yet… and yet… 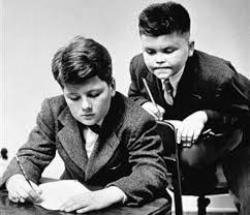 Applauding him for that stance is applauding him for his stubborn anti-everything stance. We come to the same conclusion but arrived there taking very, very different routes. Him? The government should not be in the business of [anything outside of road maintenance and public safety]. Me?

I’m just not convinced the benefits to the city would ultimately outweigh the enormous costs it would be to host such an event. Ditto, an Expo. I’m not yet sold on the upside.

That doesn’t mean I’d rule it out. It’s not unreasonable, I think, to call the recent results of hosting such international gatherings as mixed. For every apparent success story – Salt Lake City? Sydney? Beijing? – there’s an Athens. How did the 2004 summer games work out for them?

Seriously. I’m genuinely asking. I don’t know the answer, and I think it might be because there isn’t any clear cut answer. 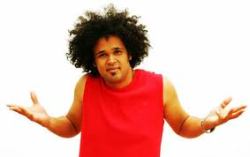 It all depends is probably closer to the truth.

In Canada we have two cities, Montreal and Vancouver, who’ve hosted both the Olympics and their very own Expo. Is it safe to say that the results of each varied considerably? To an ill-informed outsider, Vancouver seemed to have come off alright in both cases. Montreal’s 1967 Expo might be seen as a defining moment not only for the city but the entire country. The 1976 Olympics? Well, there’s that white elephant of a stadium with the faulty roof symbolizing everything that could go wrong.

That’s the most compelling argument that gets made in favour of these things, legacy projects. By landing an Olympics or Expo, we entice all levels of governments to get involved, gussying up the place for the millions of visitors who will make their way here. 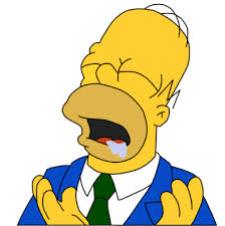 With the 2015 PanAm Games on its way, Toronto is getting help fixing up parts of its waterfront, some much needed affordable housing and, well… let’s not talk about the public transit at this point. While we’re not entirely clear what the costs of all that’ll be yet, there are suggestions it’s going to come in higher than anticipated but that’s not entirely news. Such things tend to be pitched with lower, more acceptable price tags at the outset, only to suffer from what we’ll call the inevitable ‘project creep’. Just comes with the territory on undertaking of this scale.

Now, I’m going to come across as all Pollyannish about this, but why do we require these super spectacles in order to entice our politicians to invest in legacy projects? What happened to wrapping your legacy around restarting an affordable housing boom instead of a sporting event? Mayor/Premier/Prime Minister So-and-So is credited with getting transit building off the ground once again in Toronto/Ontario/Canada. The entirely revitalized Toronto waterfront? 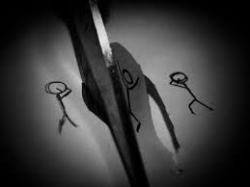 Due to the dogged determination of Mayor/Premier/Prime Minister So-and-So.

We want international attention? How about becoming a leader in public transit again. Kick start a charge in building affordable housing throughout the city. Let’s pursue a legacy of sustainable living.

What’s with the middlemen from the Olympic or Expo committees? It just seems like a layer of bureaucracy and expense we don’t need to go through to get the stuff we desperately need. Inefficient.

On that, I think the mayor and I can both agree.

— for posteritily submitted by Cityslikr

This entry was posted on Tuesday, January 21st, 2014 at 3:16 pm and is filed under City Building, Municipal Politics. You can follow any responses to this entry through the RSS 2.0 feed. You can leave a response, or trackback from your own site.