My goal was to have a City Hall-free holiday. A politics purge. Turn a blind eye. Ignore the show for a bit. Recalibrate. Regain my balance. 2014 was going to be a big year. 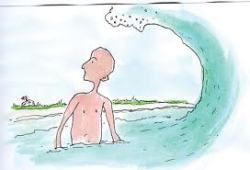 All things considered, I did a pretty good job.

The ice storm and its continuing fall out made it difficult to entirely look away. Serious questions arose about the city and region’s preparedness for what we should now assume will be more regular occurrences of freakish and destructive turns in the weather. Equally as serious are questions of governance. Who’s actually in charge of what? Can ‘politics’ ever be divorced completely from decision making?

Despite the importance of such matters, I remained largely disengaged and above the fray. Easy to do, of course, when you never lost power and were able to concentrate exclusively on your own personal circle of friends and acquaintances. Complaints? None from me. Aside from some slight modifications to travel plans, things remained pretty much as they were. For some of us, it’s almost as if the storm didn’t happen. 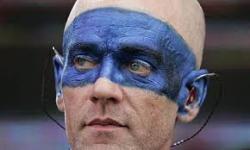 Summoning my best Michael Stipe, and I feel fine.

Not paying much attention to how the city gets run is remarkably relaxing. You only really notice anything when it doesn’t happen or happens badly. The default position for civic disengagement is seething boredom. 90% of the time it’s nothing more than a quick shrug at the nuts and bolts details of municipal issues and policies. The rest? Why didn’t my garbage get picked up? Where is that stupid bus? Why are my taxes so high?

Is it any wonder why so many of our local elected representatives choose to keep their heads low and shy away from any sort of decision that might cause a fuss? Don’t draw attention to what we’re doing. Don’t get people riled up. Unless you can get them riled up at someone else. Deflect don’t decide.

Having done my level best to tune out for the past couple weeks or so, I really see the easy appeal of not paying much attention. 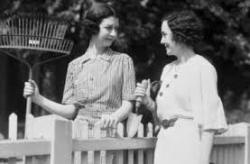 It’s only ever a problem when it’s your problem. Anything other than that is just added responsibility, one more thing to be concerned about, to have to put some thought into.

It’s a great approach to have in order to keep your own sanity and anger in check. It doesn’t do a thing, however, for the well being of the city you live in. We all need to shift the balance, I think, a little more toward the direction of the greater public good. Everybody will be better for it in the long run.

This entry was posted on Monday, December 30th, 2013 at 9:00 am and is filed under City Building, Municipal Politics, On The Road, Philosophical Musings. You can follow any responses to this entry through the RSS 2.0 feed. You can leave a response, or trackback from your own site.

4 Responses to Christmas Every Day